Ingredient Matcher is a new web site (and app) that offers to compare a list of ingredients you already have to its recipe database, in order to figure out what you can cook for dinner without having to go to the store. It’s so new, in fact, that it hasn’t even officially launched yet. 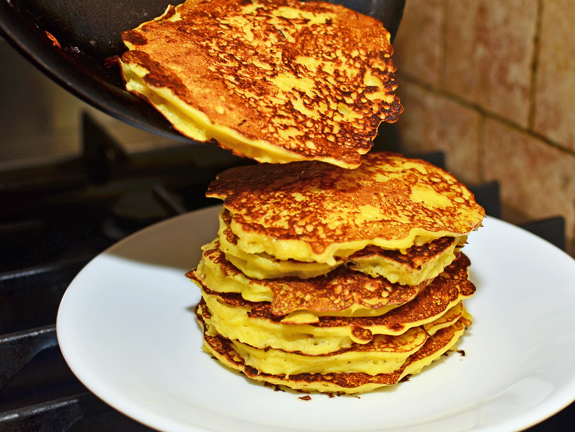 While I would have a lot to say about offering recipes based on user inputs, what initially caught my attention was a series of contests that they recently started. In an attempt to gather recipes for the national dishes of all the countries in the world, the creators have been inviting food bloggers and other home cooks to submit their dishes for the illustrious title of Country Chef, plus some more material prizes.

During the first wave, I’ve delivered recipes for Belarusian draniki, Georgian khachapuri, and Abkhazian lodochka (I didn’t start arguing whether or not Abkhazia should be considered a country). The contest received entries for slightly over 60 countries, and I was flattered to see that my two Caucasian dishes were selected among the 10 finalists! 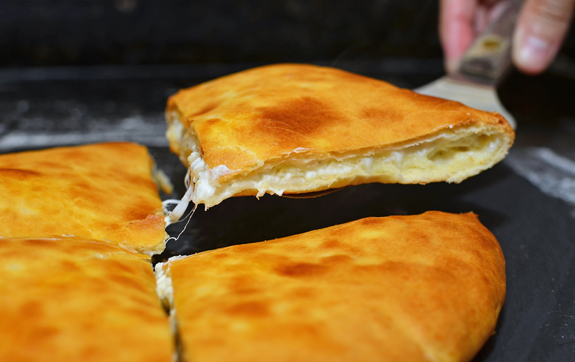 So, there! I am now Ingredient Matcher’s official Country Chef for Belarus, Georgia, and Abkhazia! I told you this was a Georgian food blog. 🙂 Now Mr Google, please take note that this is also a Belarusian food blog, and an Abkhazian food blog.

You might remember that I’ve already posted an Adjaran khachapuri (aka lodochka). This was a different version, and I plan to write a consolidated epic khachapuri post some day, but I’m still in the process of perfecting the home recipes for the Georgian cheeses involved.

As for the draniki, these are pretty much the same as my Ukrainian deruny. Belarus isn’t particularly know for its distinctive cuisine: a native once explained to me that the national specialty is potatoes. 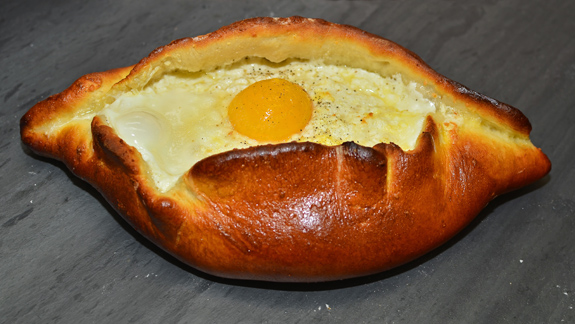 I plan to tackle of few more recipes for the next round of the challenge (there are still plenty of national dishes to make!) — stay tuned.

Man, I don’t know what that is pictured above (the new, different version of khachapuri?), but I want one right now! Beautiful!

Thank you so much for having this blog and your appreciation for georgian and regional food really heart felt for me because my parents are georgian and I love the food I grew up with and very few people know about the delicious food we have! I would love to know your recipes for khachapuri that you submitted to the contest. Ive never made it myself but my mom is quite the cook. My dad just went back to georgia to visit relatives and returned back for the ingredients needed to make georgian cheese. The milk is what is so important. My mom made the cheese at home and she was so happy about it. I wish I could visit them and taste it! I am in nyc and they are in MD.

[…] posted plov recipes here and here, I wanted to go back to a more canonical version that I could submit on Ingredient Matcher. A plov that’s very traditional in its ingredients, and at the same time easy enough to […]