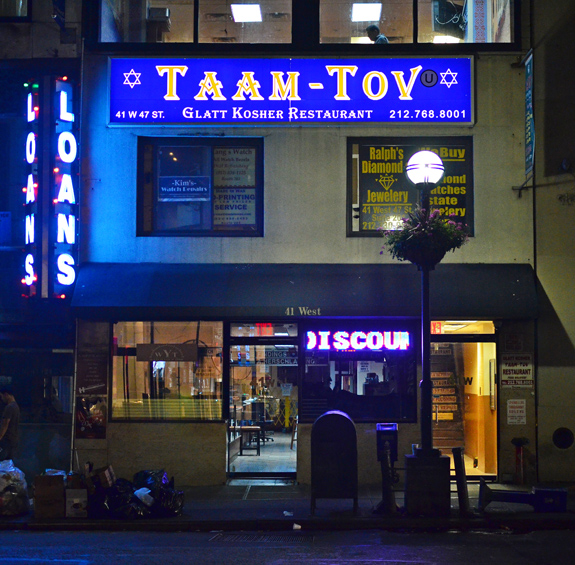 Taam Tov, in Midtown West, is probably the only Uzbek restaurant in Manhattan. More precisely, they serve Bukharan kosher cuisine, and the name means good taste in Hebrew. It’s not in a particularly attractive location — this is one of the neighborhoods I like the least, and most people would probably agree — but getting there is a considerably faster journey than getting to Rego Park. 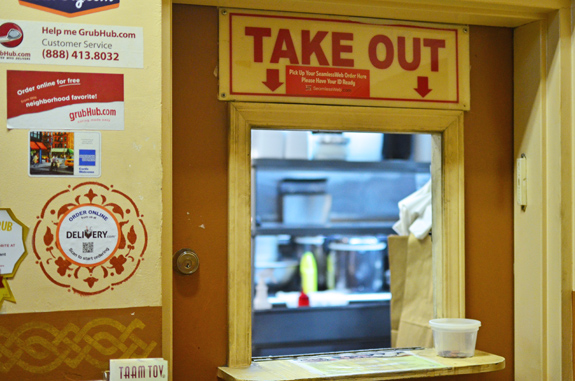 The place does a lot of take out business, and that’s just as well, because its office-space-turned-food-delivery-joint decor, despite the trompe-l’oeil paintings, might not be suitable for a date. Or for most meals really, unless you’re on a quick lunch break, dining alone, or towing a petulant child. 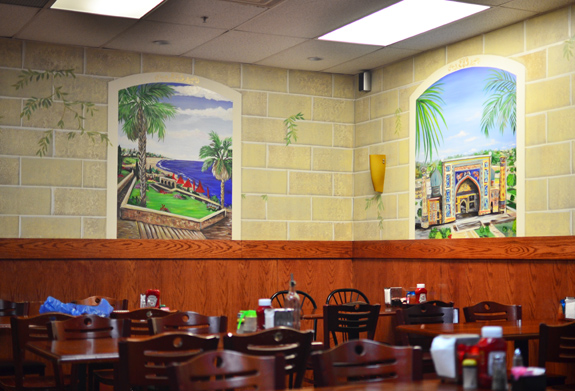 The menu is straightforward Uzbek cuisine, peppered with a few Levantine entries (baba ghanoush, hummus, shawarma) and some dishes from the rest of the Empire (the inevitable beef Strogranoff, golubtsy, chicken tabaka). 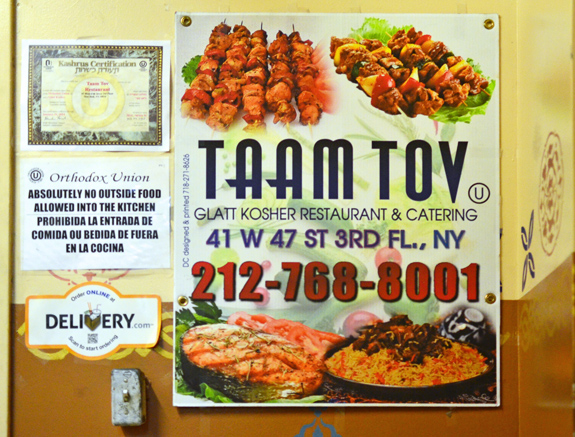 We started with the yummy though fairly canonical baba ghanoush, topped with a few chickpeas. You could clearly taste the eggplant, tahini, lemon juice, and red chili pepper. 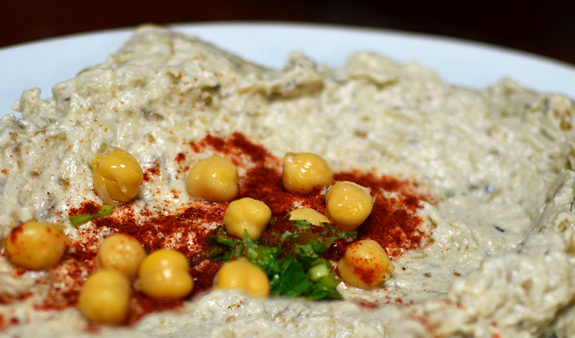 The non (Uzbek bread) that we ordered mainly to eat with the baba ghanoush was disappointing: although this is supposed to be a rather flat bread, this version, served cold, was pretty thick, and the crumb too compact. 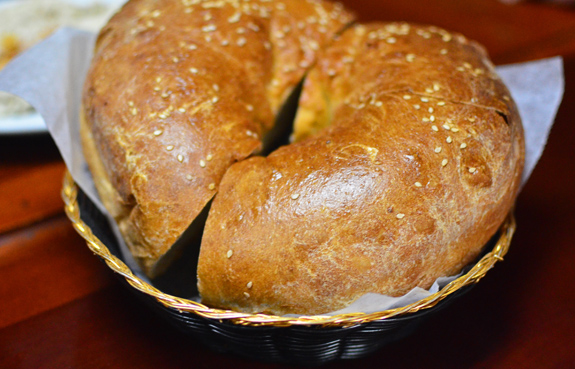 The samsas were another well-executed classic: baked dumplings with lots of onion, some lamb chopped in tiny pieces (maybe a wee bit tough), and just the right amount of coriander and cumin. 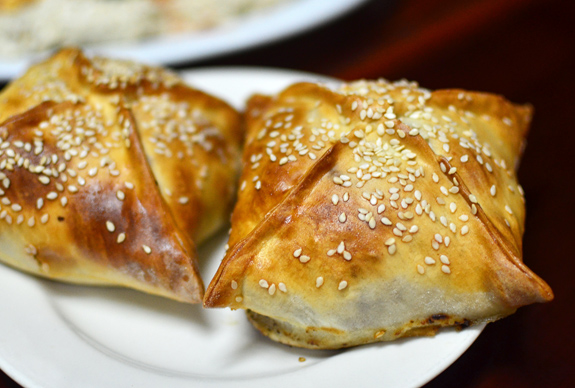 The manty contained pretty much the same filling, possibly with fewer spices, and were boiled and topped with herbs. 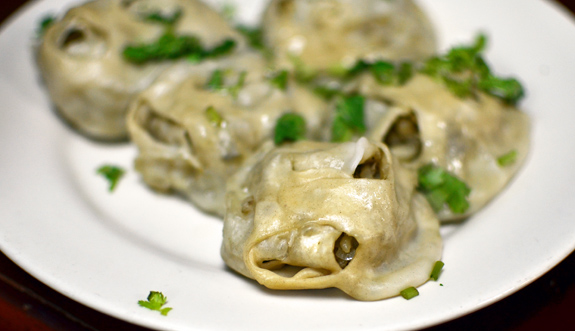 We also tried the pelmeni, whose Central Asian treatment departed from the usual Russian recipe. The broth, made with carrots, onions, and peppers, was a lot more flavorful, but then the dumplings themselves were insipid, with a lot of dough and only a tiny bit of beef inside. 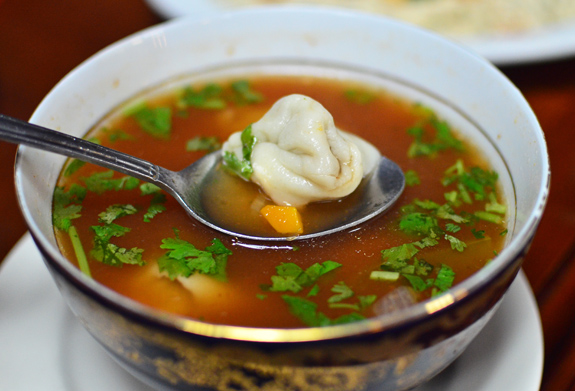 Moving on to the main courses, the Uzbek plov consisted of beef instead of the more common lamb, with chickpeas, carrots, and the usual spices. The meat was a bit dry, but mostly the dish was too salty and a bit plain. 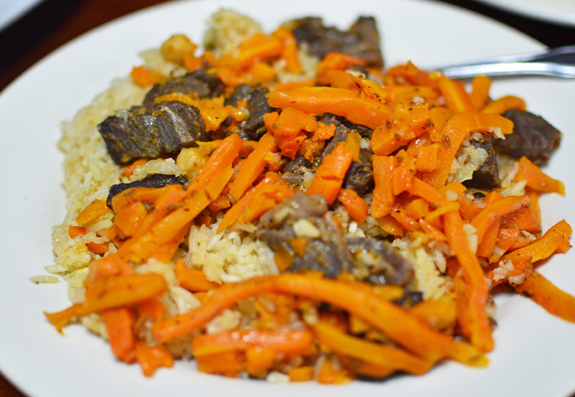 The bakhsh, a Jewish green plov from Bukhara that we took to go, was a lot more unpleasant. I must admit I’ve never had a bakhsh in Uzbekistan, but fortunately we can call Stalik to the rescue:

I’m not fond of dishes that use tons and tons of herbs, they end up tasting way too strong for me. Taam Tov’s version was no exception, and it was also very dry, and the tiny pieces of tough chicken didn’t help. I would say the dish was inedible. 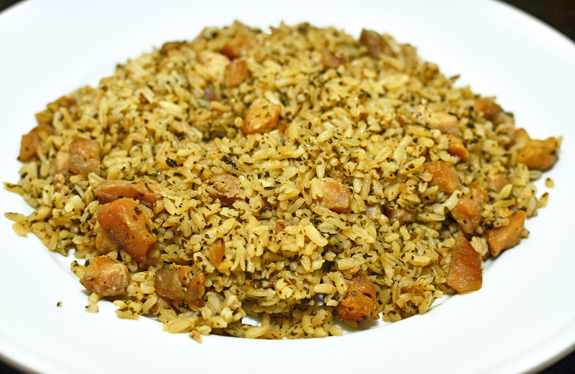 We had a lot more luck with the meat from the grill. The lamb chops came well done but still very juicy, perfectly seasoned — they could put many would-be chalakhach and shashlyks po-karski to shame. Too bad the vegetable skewer (tomatoes, onions, green peppers) could have been cooked more. The lamb kebabs were similar to the chops; that is, equally good. Even the rice was commendable. I don’t remember what the sauce on top was like, but it made the rice taste a bit like plov. 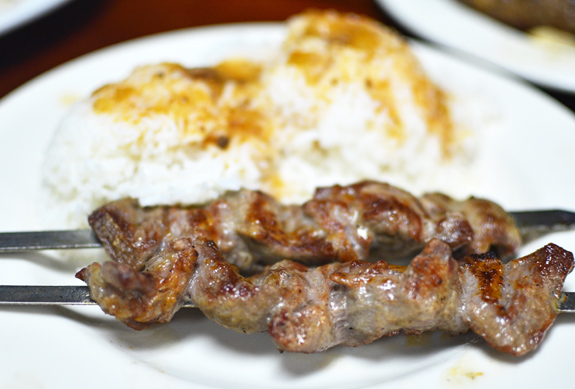 Interestingly, the lyulya-kebab was made with beef, not lamb. Regardless, it was quite juicy and well seasoned. It clearly didn’t use any bread filling, and there wasn’t too much onion either. Very good. The fries were crispy, though I suspect they were bought pre-cut. They didn’t taste a lot like potatoes but were very satisfying, a bit like McDonald’s fries (I’m saying this in a good way). 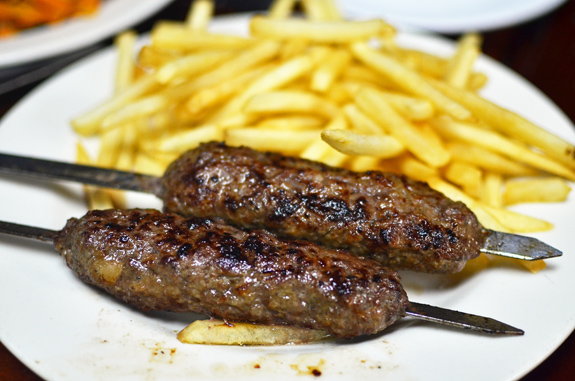 Dessert at Taam Tov is a simple affair: “Cake of the Day”, $3.00, and I’d bet it doesn’t change every day. The day we were there, the cake was an almond crescent. Not bad but on the heavy side, with too few almonds. 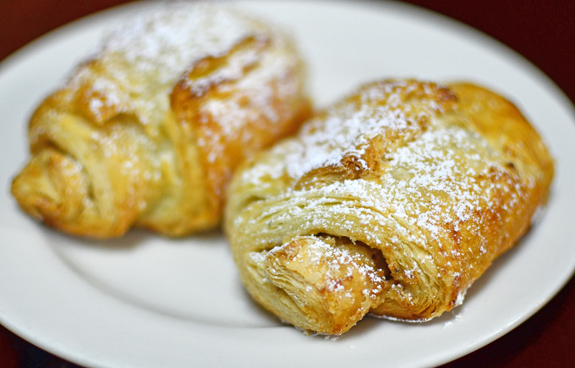 Not unlike #1 Uzbek Palace, Taam Tov serves traditional Uzbek cuisine without flourishes, but most dishes taste quite good. It’s disappointing to see that both plovs on the menu are respectively just OK and really bad, but the kebabs and chops can make up for it now that I know what to order. I’d also be curious to try the shawarma.

ETA: After I posted this review, I did go back to try the shawarma, served in lafa. The bread was filled with flavorful chicken, hummus, and crispy fries, awakening memories of shawarmas I used to eat in Paris well over a decade ago. I would pick lamb over chicken any day, and I wish I had asked for some tomato chunks and lemon slices, but otherwise it was extremely satisfying. And so filling that you don’t need to order anything else! I also tried the beef kebab to confirm that it’s every bit as good as its lamb counterpart: juicy and perfectly seasoned with Uzbek spices. 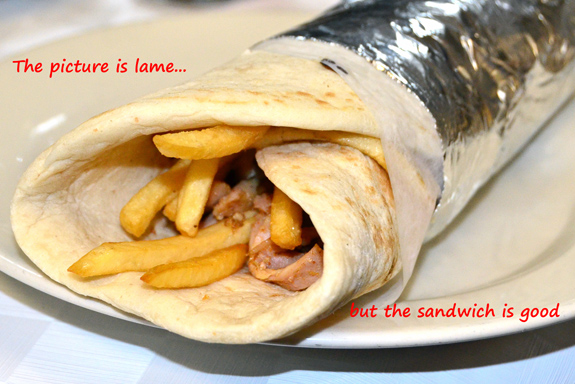 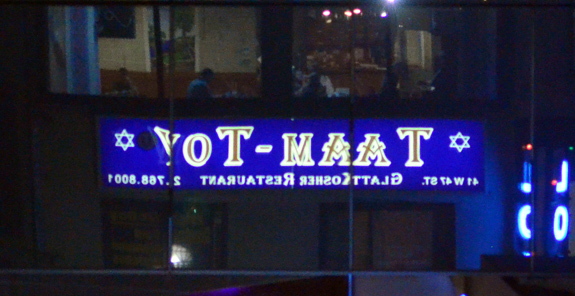