The 2011 NYC Dumpling Festival took place on the Lower East Side about 10 days ago, and visitors had a chance to taste dumplings from various cuisines and to take part into a dumpling eating contest — if you want to practice for next year, the record to beat is 69 dumplings in 2 minutes! 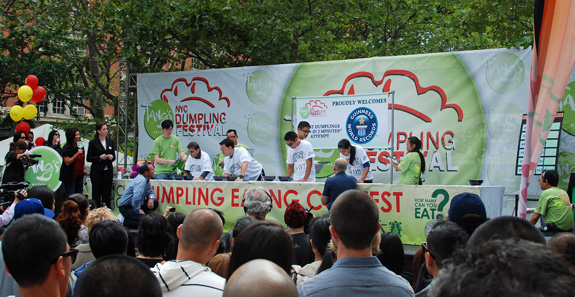 Of course, I didn’t attend the festival to see how many dumplings I could stuff myself with, but rather to take a look at the few participating restaurants that might be serving dumplings from Eastern Europe.

Veselka was offering a trio of Ukrainian pierogi, with onion and sour cream, that tasted about average. 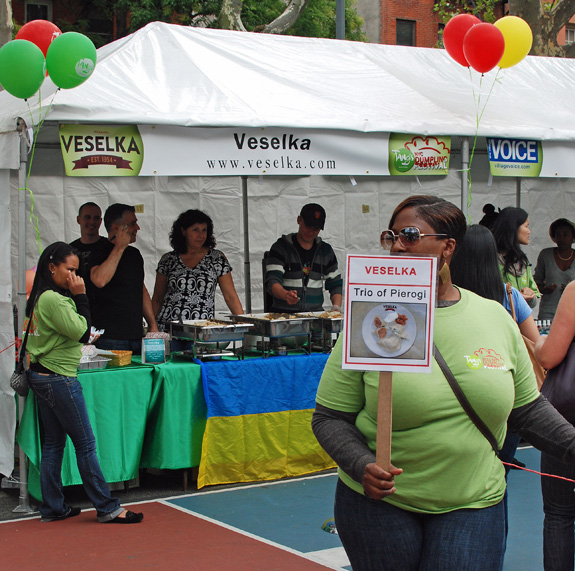 The three fillings consisted of beef and pork (too compact and dry), goat cheese with arugula (nice), and potato (OK, but it’s hard to make something exciting with just potatoes wrapped in dough). 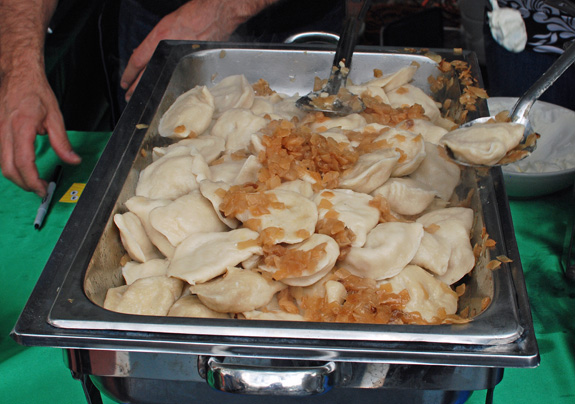 Most of the booths were serving Asian dumplings, which, though tasty, are off-topic for me. Elsewhere restaurant presented a lamb and potato dumpling that wouldn’t feel out of place in Central Asia. We might never know where the idea really came from though, as the restaurant seems to specialize in food from nowhere in particular. 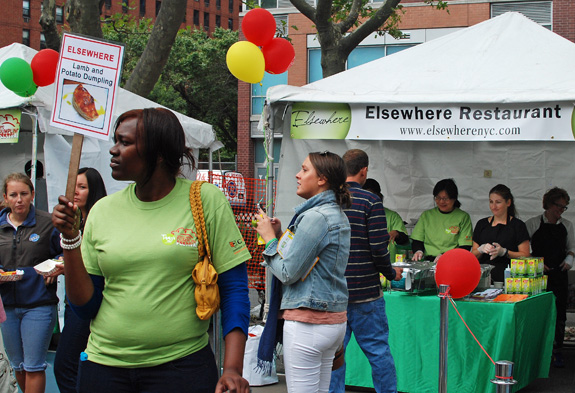 The filling, which could have used more lamb, reminded me a bit of a samosa, and was wrapped in tasty, nicely browned, pastry dough. 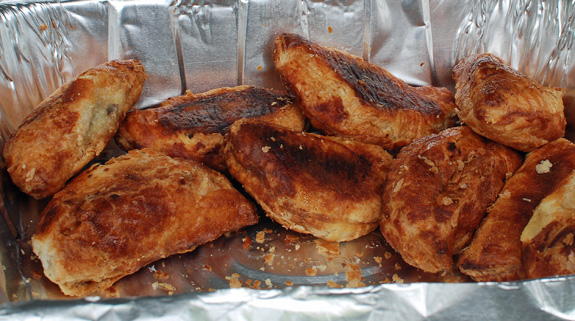 I enjoyed myself, but it’s sad that there aren’t more countries’ cuisines represented. It would be a great opportunity for area restaurants to get the word out about Siberian pelmeni, Uzbek manti, Georgian khinkali, Azerbaijani gyurza, and all the other dumplings of the Eastern Bloc.