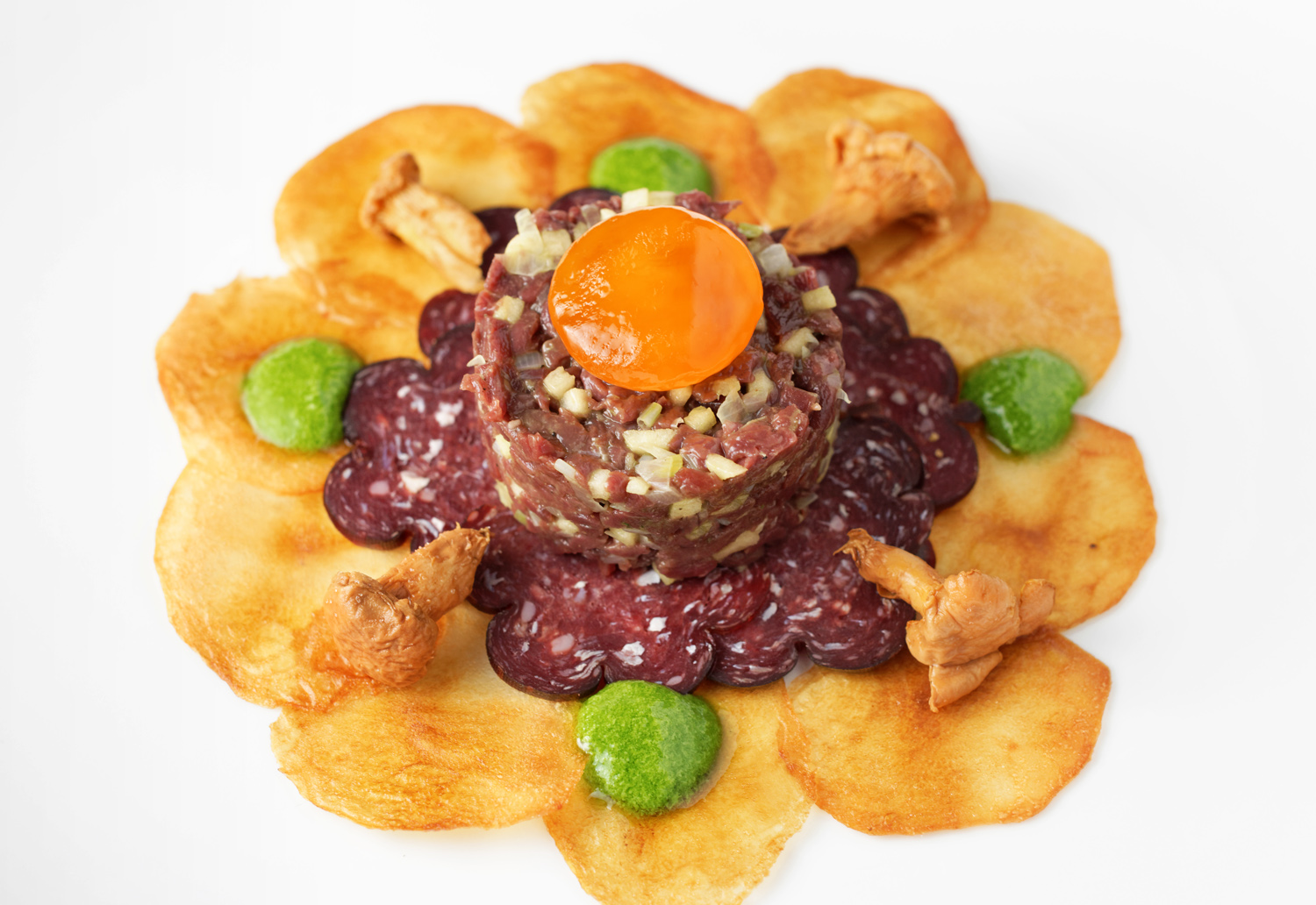 This is the second recipe I’m making using my stash of reindeer meat. After the recent Reindeer Fillet, Porcini, and Lingonberry Bulgur, here’s a triple reindeer tartare, with three different reindeer cuts and preparations: tartare-perfect tenderloin, super-smoky and salty cold-smoked reindeer fillet, and reindeer salami. The first tenderloin and fillet strike a kind of balance together; it’s like seasoning your chopped meat with salt and liquid smoke. Then, the reindeer salami is definitely a different taste from one’s usual pork charcuterie, since it’s made with red meat. It might sound a bit like garnishing your meat with more meat, but the portions are small.

Part of my inspiration also came from the reindeer tartare I tried at Knut restaurant in Stockholm. Knut seems to favor game both in its very seasonal, very Swedish menu, and in its rustic decor. The tartare is served with pickled rowanberries, spruce shoot mustard, and porcini mayo — none of which I kept here. But it was also mixed with diced apple, and topped with an egg yolk that wasn’t raw but cured, and I kept both of these ideas. The apple’s moisture-releasing properties compensate for the dry mouthfeel that raw chopped red meat can sometimes have (the same holds true for the diced onions, tomatoes, and pickles which one typically finds in tartare). As for the egg yolk, curing it in salt makes it firm without cooking, retaining the same rich taste as the raw stuff, as well as the very attractive bright orange color.

For the rest of the recipe, I’m mostly sticking to the same Northern Russian theme as last time. Even the marinated mushrooms are returning, although this time they’re chanterelles rather than porcini. And potato, here in the form of thin chips, is always a safe way to Russify your food.

Finally, there’s my chive and olive oil texture… I can’t quite remember how it came to be, but I must have decided that the dish needed something green. I love chives, and they pair beautifully with many of the other elements on the plate. At the same time, I thought the tartare could use a drizzle of oil. I could have just redone my beloved chive oil, but I wanted to have a thicker texture, because… well, because why not? Enter one of molecular gastronomy’s darlings, the glycerin flake. Glycerin flakes aren’t some new kind of breakfast cereal, and don’t even contain any glycerin — they’re actually mono- and di-glycerides, and they have the ability to thicken oils, among other things. You can buy some from Modernist Pantry here. It took me a few tries to get the result I wanted, which means that my chive and olive oil “texture” looks like sad, greasy green puddles in most of my pictures. By the time I got it right, of course, I didn’t have any reindeer left.

The result is a visually stunning dish that departs from canonical tartare recipes in every aspect, except for the chopped meat. I urge you to give it a try, albeit replacing the reindeer with a more readily available red meat.

You may also think it would be nice to have some kind of bread with this… but you’ll have to wait until my next recipe post! 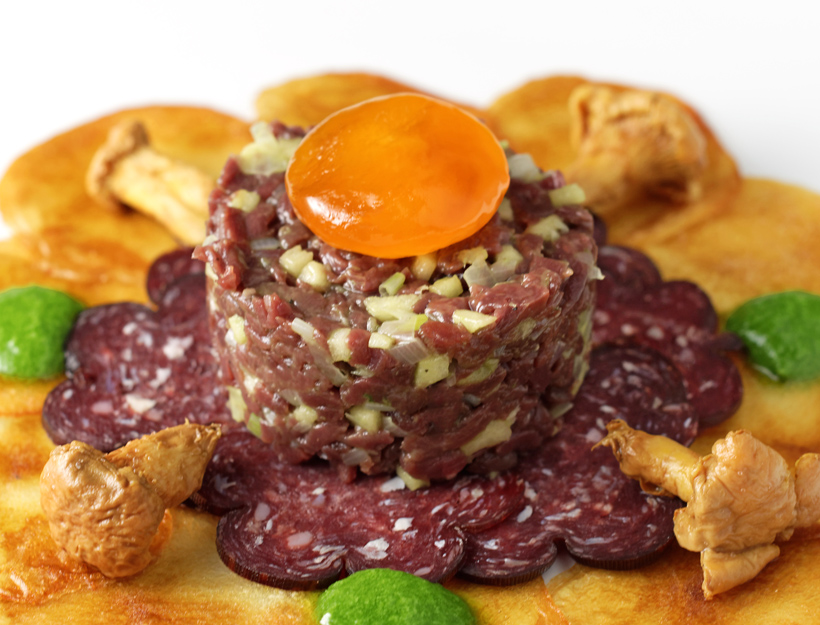 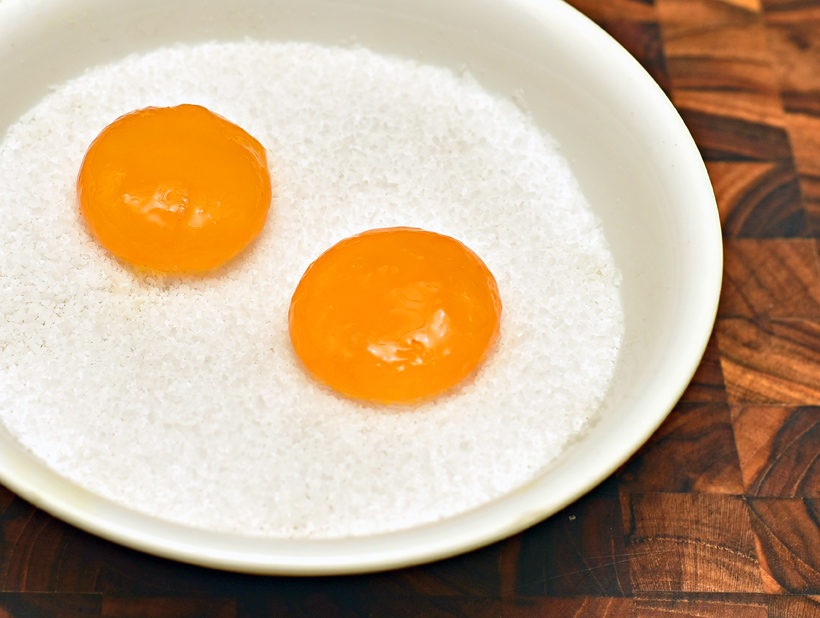 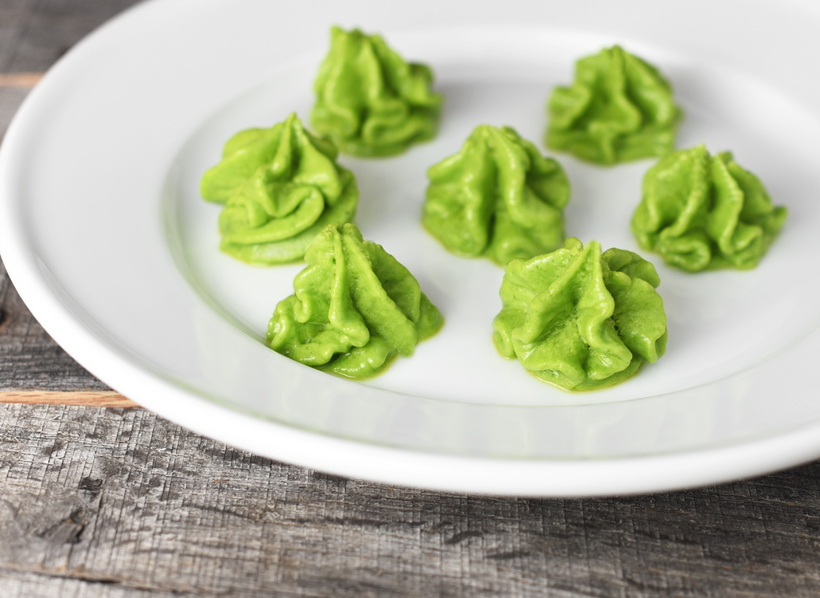 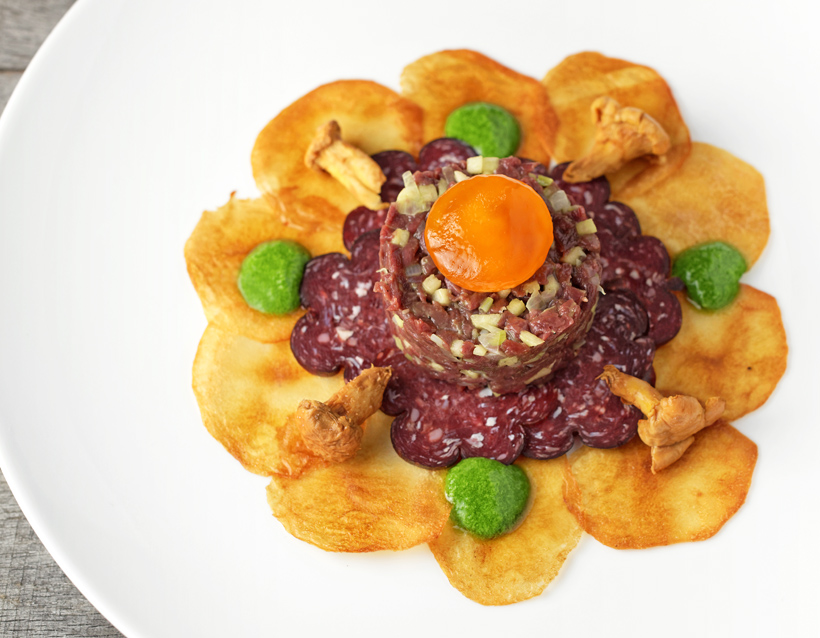 Hi,
regarding cured egg yolks. Don’t you find them so.. hmm… chewy? Maybe it’s just a question of acquired taste, don’t know. I find them so chewy just using a night. I’ve pending some tests with about and hour (or even less) really…

Hi Jose, I did find the cured yolks too chewy when I cured them too long, but I thought they were fine when cured for a day and a half or two. Rinsing them under cold water makes them a bit softer too.

Hi Florian,
rinsing carefully under water for sure. Otherwise I would add a… well… maybe anchovy-egg tasting 😎

Thanks for your lovely photos, makes me want to go eat that food!