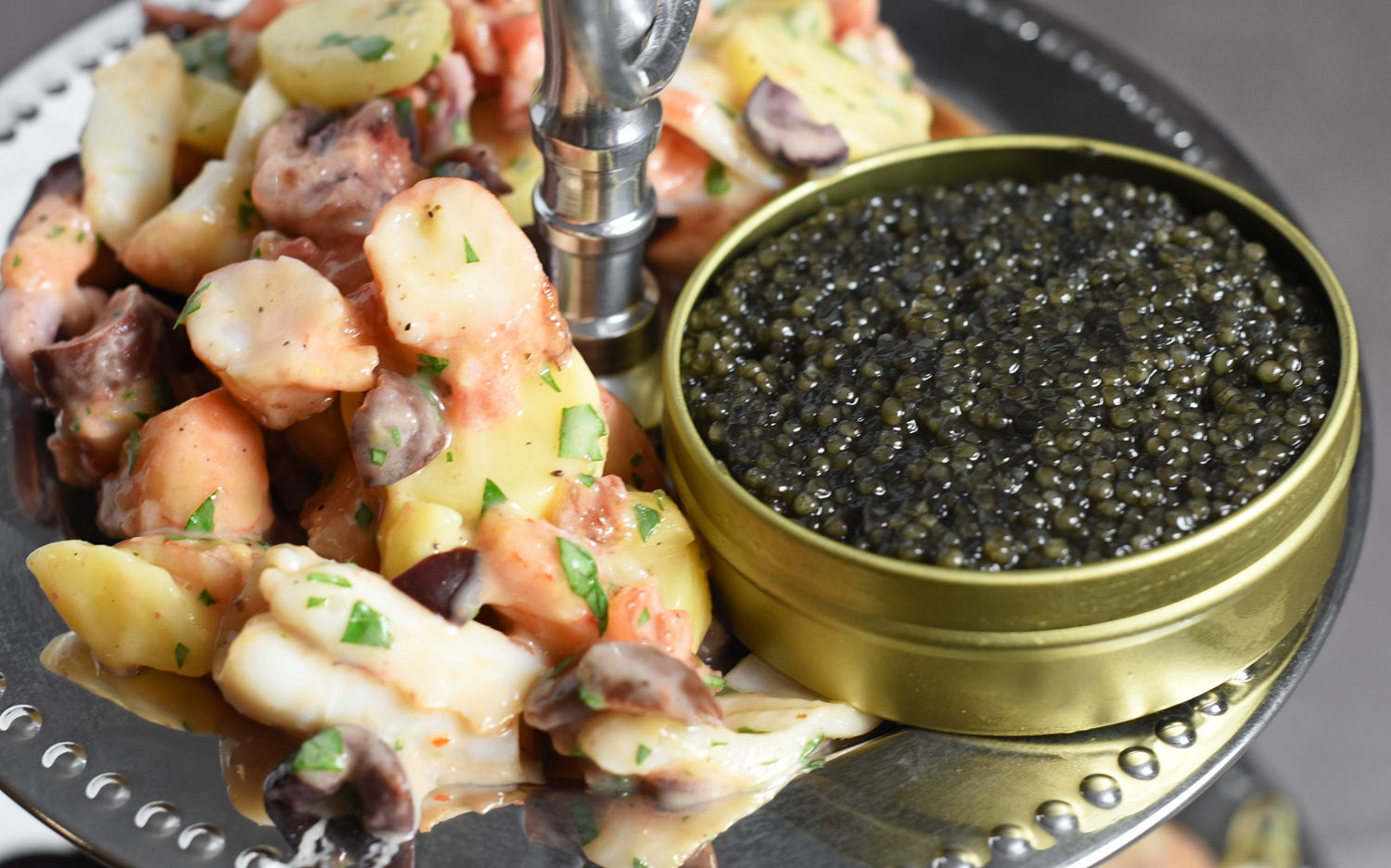 This is one of my recurring ramblings: why do we see so little shellfish in Russian restaurants outside of Russia? Oh sure, you can have seafood fettuccine, lobster bisque, snails in garlic sauce, or softshell crabs at Tatiana or Volna in Brooklyn. Maybe even some shrimp cocktail and mussels vaguely marinières. But only in the lengthy salad section of the menu do you ever spot mussels, shrimp, and squid in dishes that actually looks like ethnic cuisine (if only because nobody likes non-lettuce salads as much as Russians do).

Yet there’s plenty of shellfish in Russia — or at least some! Just try to count how many seas the country’s got coasts on: the Baltic Sea, the Black Sea, the Caspian Sea, the Bering Sea, the Sea of Okhotsk, the Sea of Japan, plus a bunch of bodies of arctic water whose names nobody knows. Go to the Black Sea and despite the water’s low salinity, you’ll be served local mussels, shrimp, or Black Sea whelks. Just look at the menu of a place like Baran Rapan in Sochi, where half of the dishes are seafood: salads, shashlyks, soups, stews, pies, pasta, and more. Venture to the Far East, and it’s scallops, oysters, prawns, king crab, octopus, and (another type of) whelks. This is, after all, the Sea of Japan, the same sea whence Japan supplies its own seafood-heavy cuisine. Check out Ogonyok’s provenance-centric menu or Zuma’s simple “aquarium” seafood in Vladivostok.

And yes, some of those places even offer shellfish platters. The aforementioned Zuma does. In Saint-Petersburg, Pryanosti i Radosti, for example, does too, even if I cannot confirm that any of it comes from the Baltic. Some places in Moscow probably do as well, but not being located by the sea, chances are they have French names, French chefs, and French seafood flown in daily (well, except for the current food ban), so that’s cheating. But platter options, in any case, remain scarce.

Out in Brooklyn, they seem non-existent. Maybe you could order oysters, shrimp, and scallops separately, and transfer them to a single large plate? Don’t they realize — all those places that welcome you with faux chic decor, with tuxedoed waiters serving pseudo-classy dishes (such as Baku Palace and its fake crab) — that a simple shellfish platter would look more impressive, and turn more profit than, say, watermelon carvings or assortments of mayo-drenched appetizers? Or am I the only one to think so? 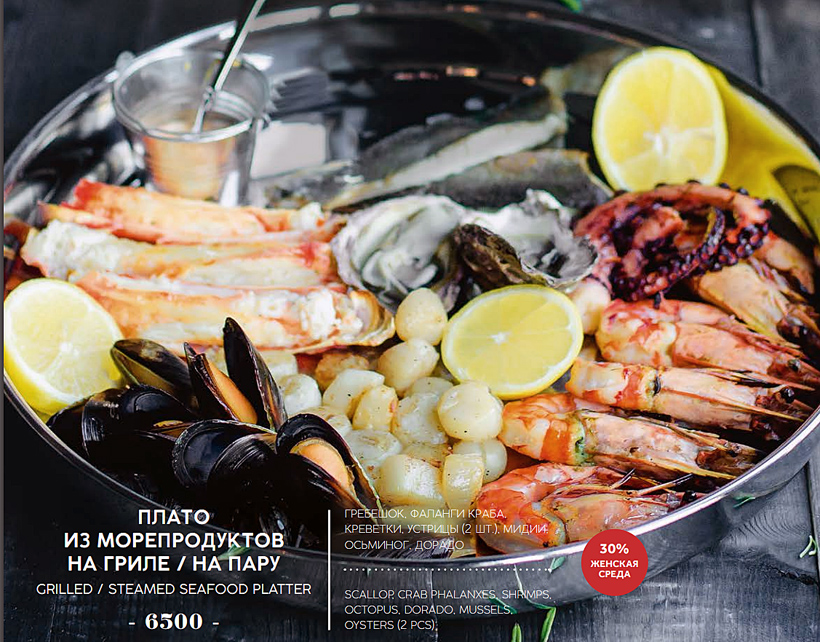 Seafood Platter at Pryanosti i Radosti

So to fill that gap, I decided to create my own plateau de fruits de mer that celebrates some of the diversity of the Russian marine fauna. It features products from seas across ten different time zones:

Having prepared the plateau without first fully investigating the latest options offered in restaurants in Russia, I have some regrets now… Should I have included an adaptation of Ogonyok’s scallops with lemongrass and garlic scapes? A whelk shashlyk inspired by Baran Rapan? Fake crab drowned in Hellmann’s mayo? 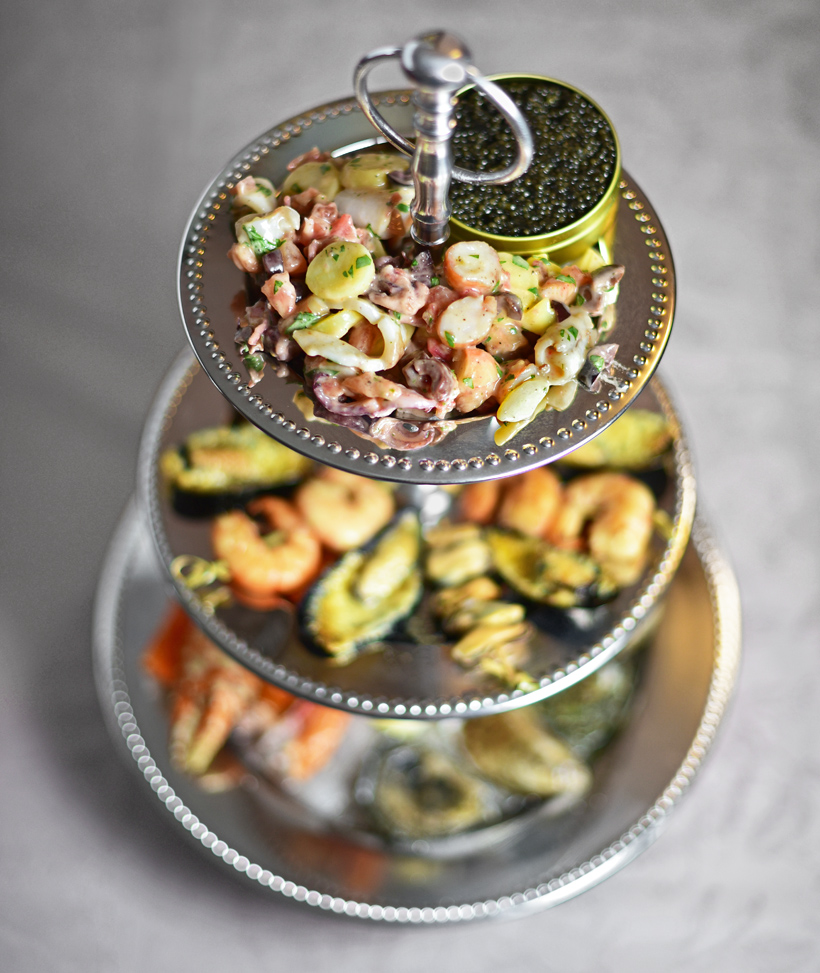 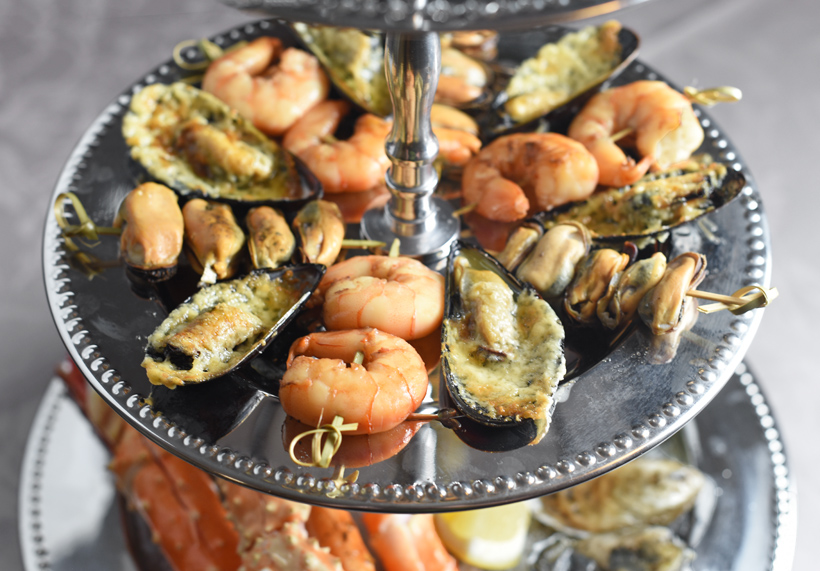 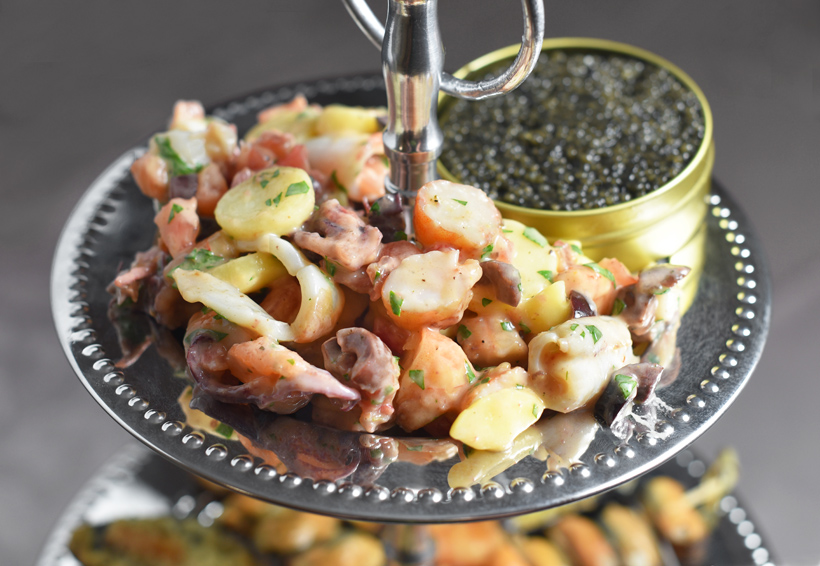 80 g prepared mussels out of their shells 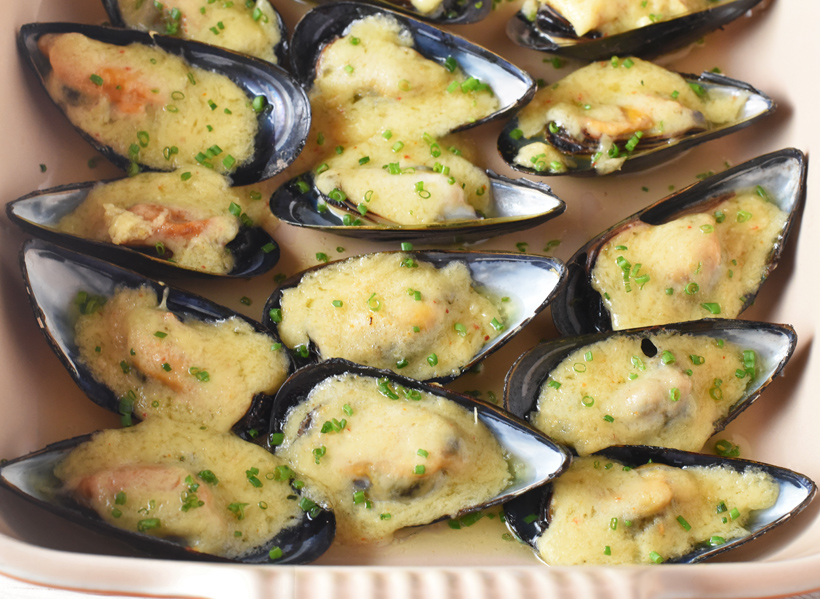 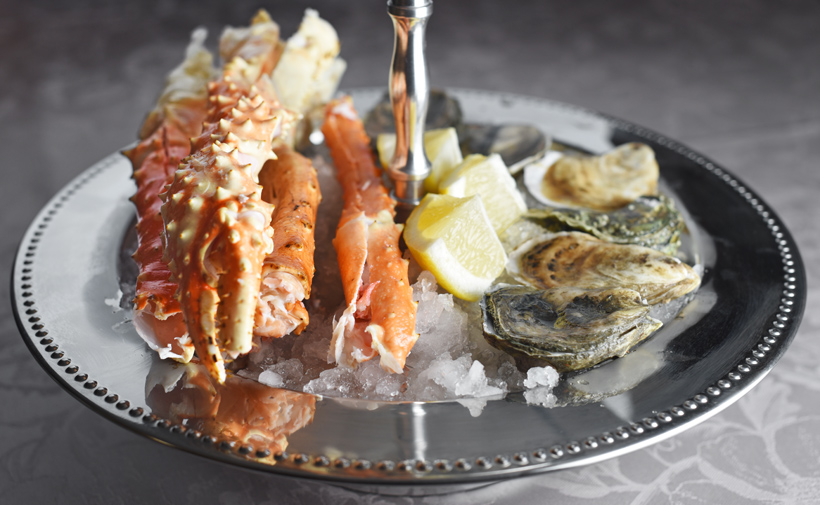 oh my! this post made my mouth watering!!! thanks for these great recipes!

That looks scrumptious. Thanks for the inspiration!