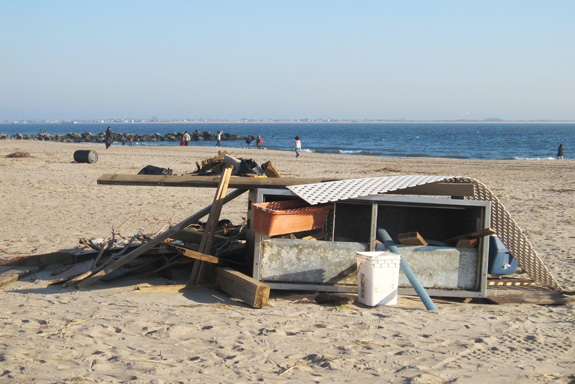 This past weekend, we went to Brighton Beach to assess the damage caused by Hurricane Sandy on the Russian restaurant scene, and support the local businesses with a few shots of vodka.

By now you must have read various accounts such as the New Yorker article here, or the detailed coverage on Sheepshead Bites of the nearby eponymous neighborhood. You’ve probably seen a few videos of the immediate aftermath, like this one, this one, or this one.

Two and a half weeks later, we’re still far from being back to normal. The first thing you notice when you get off the train is that many blocks under the tracks still don’t have power. It seems almost random: on one block, stores are up and running, while on the next, curtains are down, or extension cables pop out of nowhere and power just enough light to attract customers, or owners bring some of their merchandise out to sell right on the sidewalk.

I must say the boardwalk, which was on the front line of the hurricane, was less damaged than I feared. 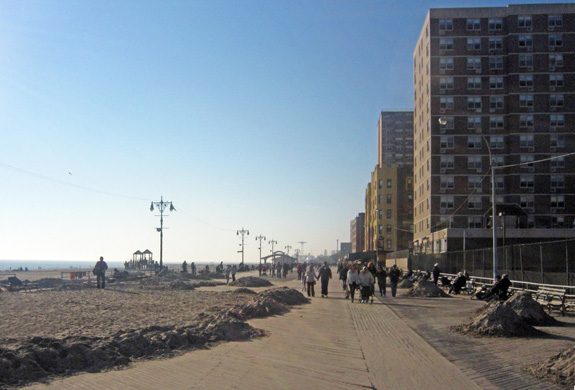 Sure, there’s sand everywhere, all the way into the streets that lead to the beach in some places: 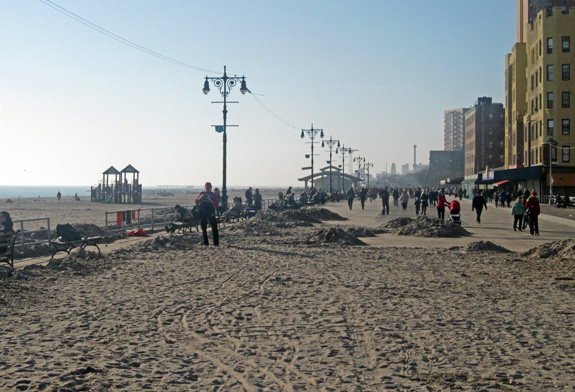 But the restaurants are still there — more or less. Hole-in-the-wall Moscow has reopened, although “food is closed”. This particular joint might have always been cash only (I don’t remember), but this is something you see a lot in the neighborhood: ATMs are down, and I haven’t seen a single place that took credit cards. Even the MTA ticket vending machines are cash only, so plan ahead and bring your greenbacks! 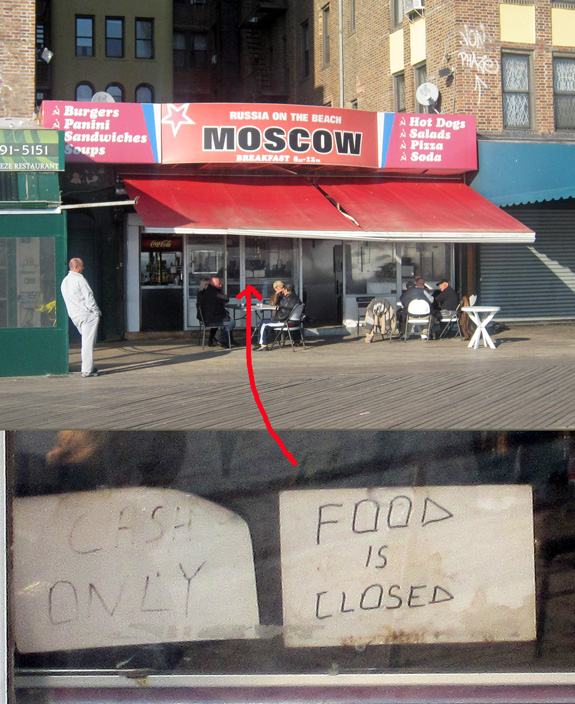 None of the big ventures on the boardwalk are really back in business, as they must all have suffered some major flooding. Volna‘s attracting a few customers thanks to a generator. 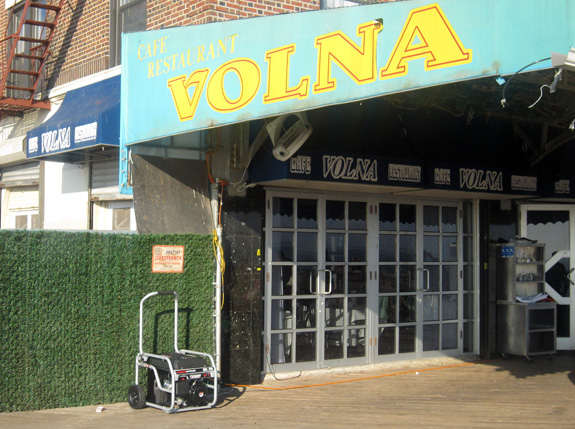 Apparently they serve some food, though I can’t tell you for sure what or when: 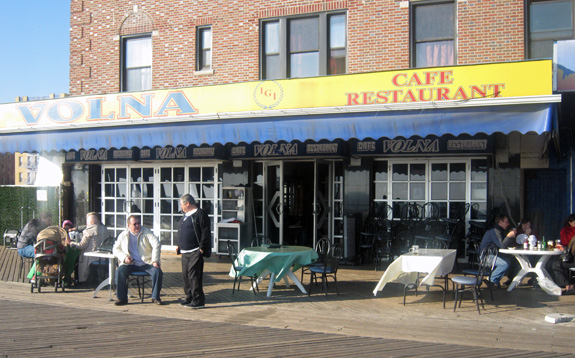 Next door, Tatiana Grill lost of a good chunk of its awning but seems to be functioning the same way. The other Tatiana remains closed, as well as Le Soleil (although I suspect from my previous visits that this one is closed for good, or at least until they reopen with some new ridiculous name). 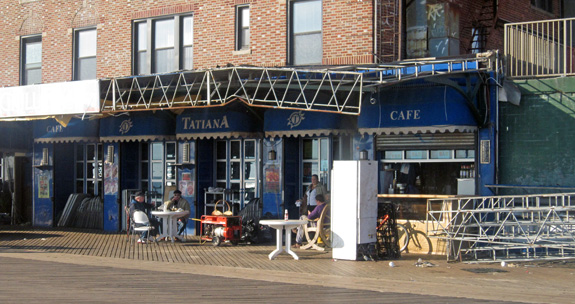 Meanwhile, in Sheepshead Bay, Baku Palace still has no power, which means my review will have to wait a little bit longer. You can always try my own King Crab Salad in the meantime 🙂