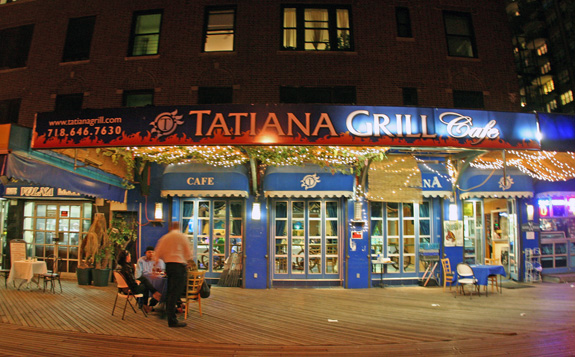 With spring finally here, why not have dinner on the Brighton Beach boardwalk? Tatiana Grill, a spin-off of Tatiana next door, is one of the few restaurants offering tables on the promenade. If the terrace seems full, don’t panic, the resourceful staff will pull out more tables for you from the basement.

The menu probably counts over 200 items — each of them numbered, but out of sequence. The appetizers, organized in salads, cold, hot, soups and pelmeni, cover the whole spectrum of Russian cuisine and beyond. Here are some less expected dishes: salmon tartare with salmon roe, pickled watermelon, the unavoidable foie gras and a “wild fisherman hunter fish soup”. In the mains, Russian standards and shashlyks are complemented with Italian dishes, pasta, and seafood. The following piqued my curiosity: “lamb osubuku”, quail in sweet and sour sauce, 18 oz cowboy steak, “whole flounder fried to perfection”, fisherman’s net (baked oysters, “popcorn” shrimp, scallops). There’s even a sushi menu and a beer menu! 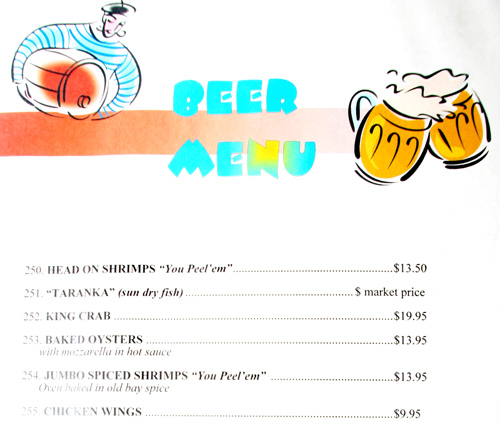 We started the meal with eggplant caviar “Po-Odesski” (Odessa style). Although it tasted fine, I suspect that it was a store-bought jar (hence the acidity) mixed with some fresh vegetables (hence the crunchy bits). You certainly don’t need to go to a restaurant to eat this. 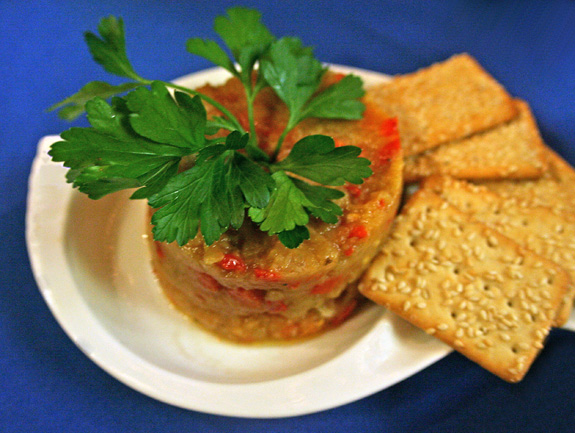 I have similar doubts about the pelmeni. The dumplings themselves were very good but looked a bit too regular in shape, like the quality frozen hand-made dumplings you can find in the supermarkets of the neighborhood. But the big problem was the broth, which had that unmistakable Knorr flavor. Seriously, how hard is it to toss a bone and an onion in a pot of boiling water? 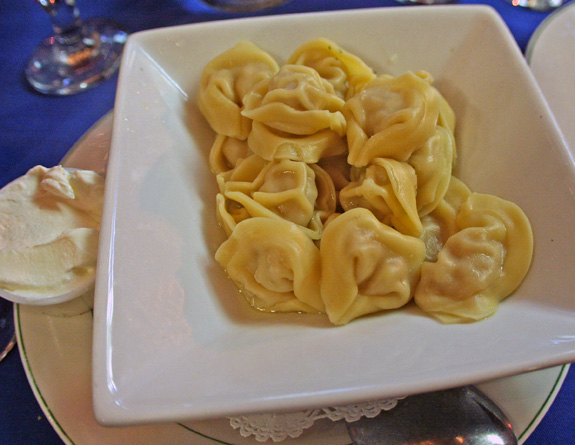 The khachapuri that came next saved the day. This was a single serving made of puff pastry (something you don’t really see in Georgia), baked to order. Simple but tasty, and perfect with vodka. 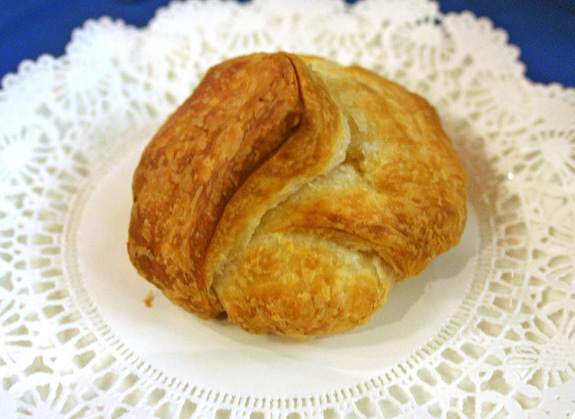 As a main course, I chose the “Moscow” sturgeon, partly in anticipation of a makeover (part of my series of dishes named after Eastern European cities). The sturgeon was baked with mozzarella and potatoes in wine sauce, and served with tomatoes and an edible flower, in a lovely fish-shaped dish. The whole thing was aptly executed and quite good. The fish had what I call a slightly muddy taste; this is more a reproach to sturgeon in general than to this particular preparation. 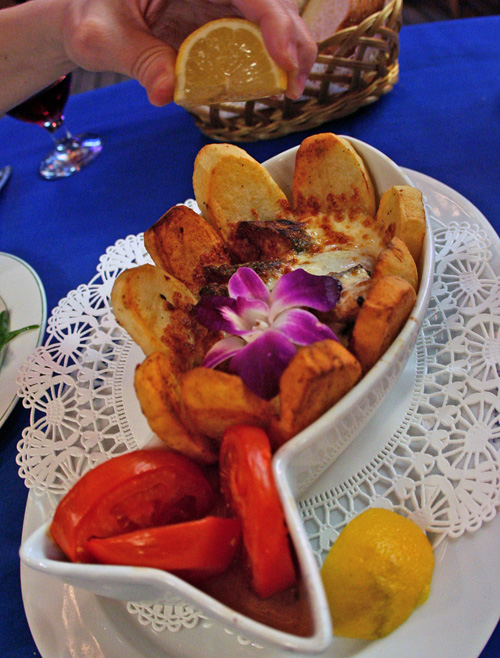 My comrades tried a couple of the shashlyks. The lyulya-kebab, ground lamb wrapped into flat bread, was okay, but mixed with too much onion. This seems to be a common mistake: chefs use excessive amounts of onion to make the meat feel juicier and airier, and then it overpowers the whole dish. 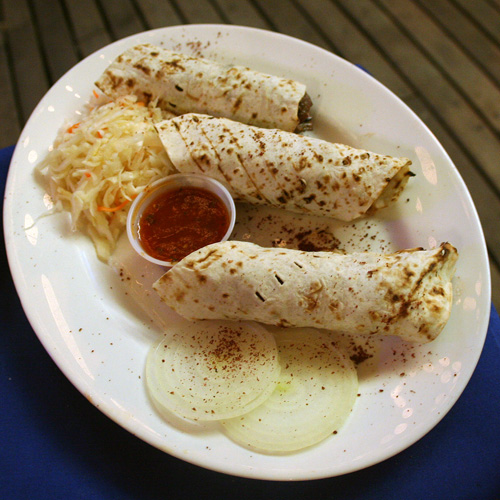 The shashlyk “Karski” consisted of small but very tasty lamb chops, cooked pink inside as requested. There was much left to desire in the garnish — does anybody really eat the coleslaw and onion slices thrown on the plate? I’m sure some additional garnishes were lurking somewhere on the menu. I remember seeing some pan-fried potatoes with chanterelles. 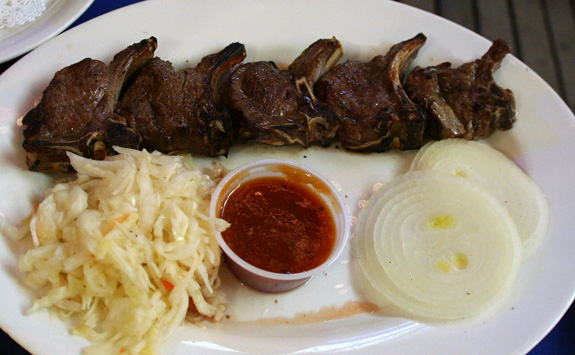 We didn’t save room for dessert, but the menu offered over 20 options, including pancakes, strudel, cheesecake and various classics. I would politely suggest, however, that they pay a little bit more attention to their Russian dishes instead of boasting homemade tiramisu.

As a final note, even though I wasn’t entirely convinced by the food, don’t let this review deter you from having dinner on the boardwalk. I did have a very nice evening!

[…] door, Tatiana Grill lost of a good chunk of its awning but seems to be functioning the same way. The other Tatiana […]