This recipe closes my trilogy of “Lake Sevan’s Gifts” (see here and here for the first two parts). Common whitefish, locally called sig, was introduced into Lake Sevan from Lake Ladoga, and has since become the prominent species as far as food goes. Goldfish were also introduced, which is a rather curious choice. Fish are typically introduced for human consumption and / or recreational purposes, and goldfish don’t seem to fit either of those criteria!

Although I don’t remember seeing fishcakes in Armenia (kebabs often being our only option during the whole trip), Armenian cookbooks do mention somewhat similar dishes, such as fish balls. If that’s more to your liking, you can certainly prepare the whitefish mixture as below and shape it into balls; coat the balls with either Wondra flour or breadcrumbs, and deep-fry them until golden-brown.

The tomato and onion salad provides a simple accompaniment, the kind that’s often served everywhere in the Caucasus. I encourage you to get the best heirloom tomatoes you can find. 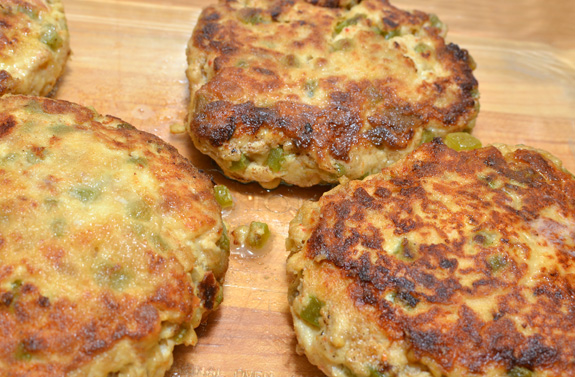 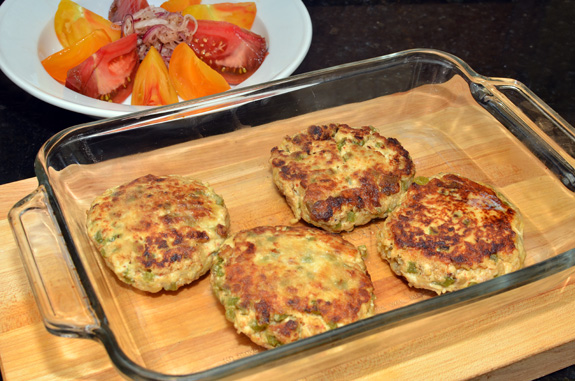 These look delicious! It takes a bit to prepare but it must totally worth it!