This recipe is the first of my own interpretations of the mythical “Lake Sevan Gifts” that I talked about in my last Armenian Adventures post. It was the perfect thing to do with the trout I just caught on Cayuga Lake!

Kutap is an ancient Armenian dish consisting of a whole, boned trout, stuffed with a mixture of rice and raisins. Now, as with most if not all Armenian recipes, there is controversy about whether it really is Armenian. In Azerbaijan, this could easily pass as a fish dolma… In fact, an Azeri was recently asking me: “If dolma’s an Armenian dish, how do you explain that the word for it isn’t Armenian?” (In fact it comes from the Turkish verb dolmak, “to be stuffed.”)

My version uses pounded fillets instead of the whole fish, making it more akin to a paupiette. The stuffing is very close to the one described in Pokhlebkin’s Cookbook of the Soviet Peoples, except I prepare the rice like a risotto. I served the kutap with a zucchini and basil purée. 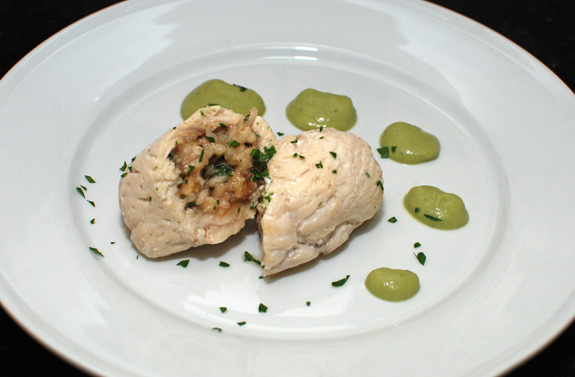 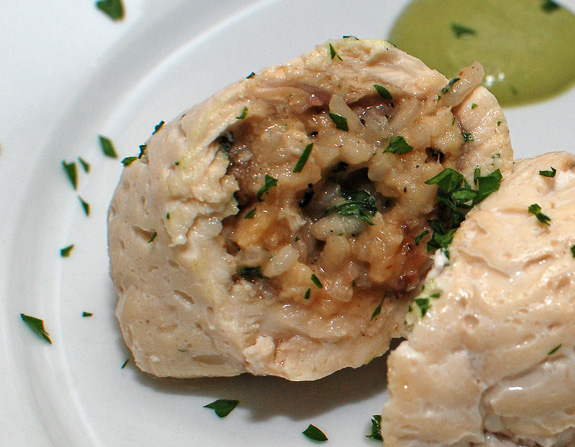 Thanks for a very informative post, what a great looking recipe too.