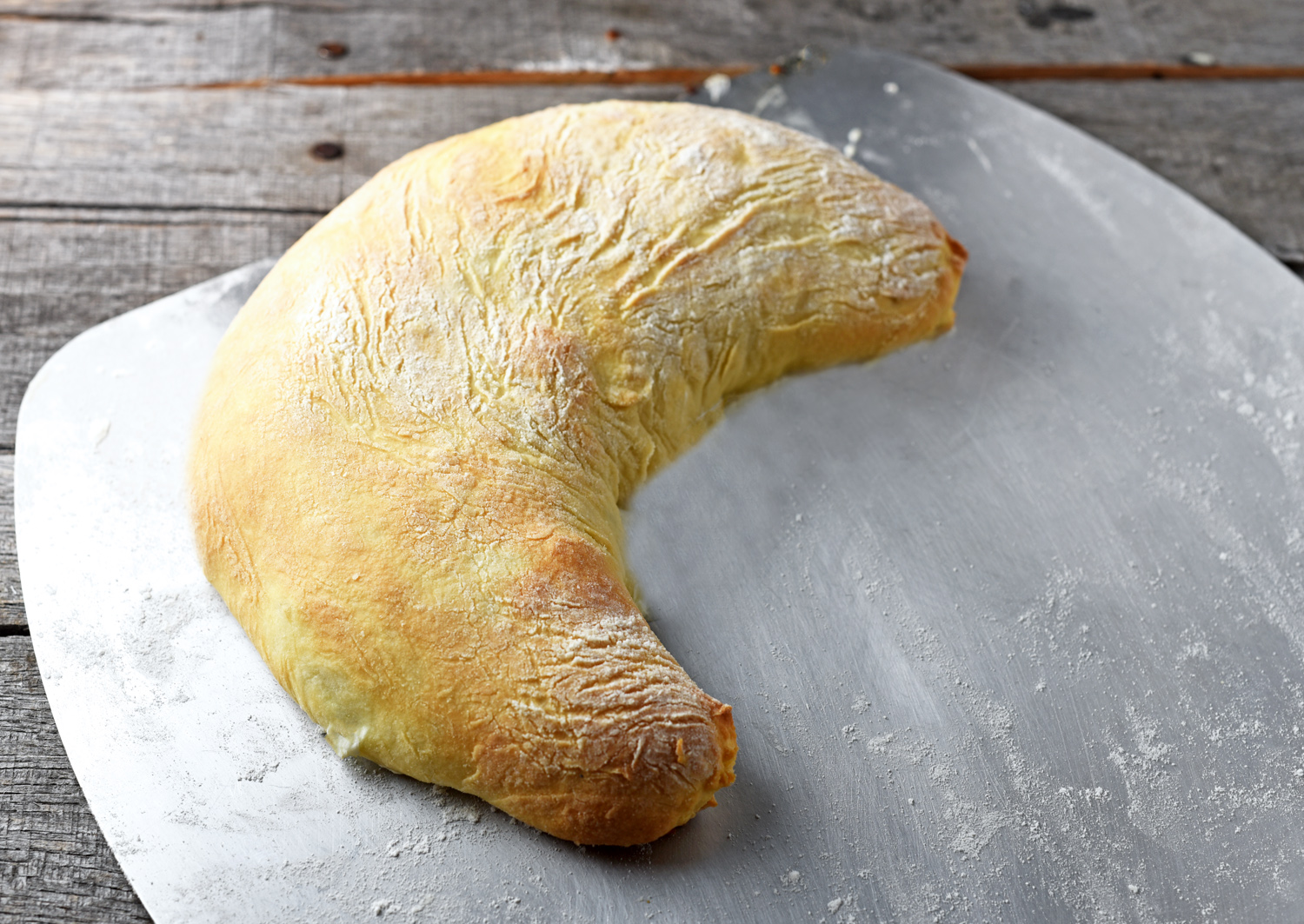 When I blogged about the cheese debauchery that’s the Mingrelian khachapuri, some may have thought (hoped?) that I was finally putting the khachapuri topic to rest, having now covered the most popular variations at great length. Big mistake: the subject is far from being exhausted. So I hope you like cheese, because there are gonna be more recipes coming! Take, for example, the Gurian khachapuri…

I’m pretty sure I encountered the Gurian khachapuri several times on restaurant menus in Georgia and Russia, only to be told that they didn’t have it “today”, “today” probably meaning any day since the restaurant opening. I finally found one place that made an effort to serve what they advertised, in Astana, of all places. Tiflis, a Georgian restaurant with a Ukrainian manager in Kazakhstan’s capital, even serves a dozen different kinds of khachapuri. 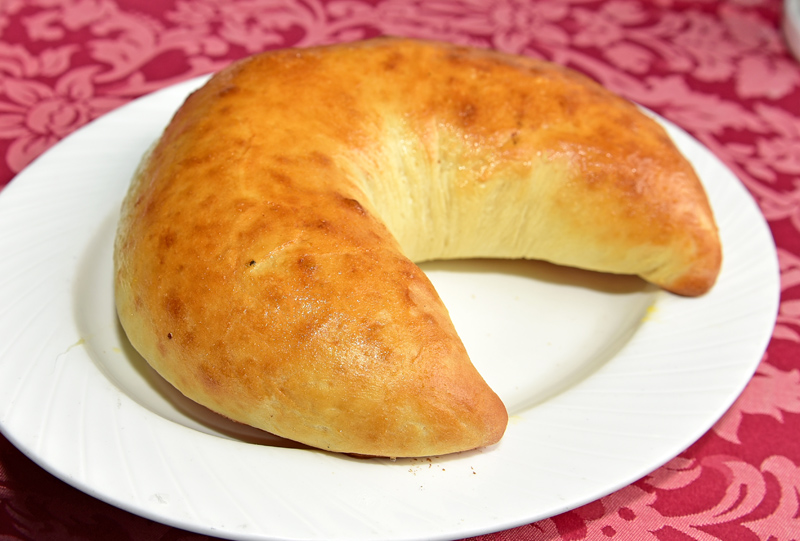 Like many of its cousins, the Gurian khachapuri is named after a region in Georgia, Guria, which borders the Black Sea. With a population of less than 150,000, Guria is definitely on the smaller side. Its regional capital, Ozurgeti, barely clocks in at 20,000 people. Touristic attractions are minimal — check out pictures of the dramatic theater, the history museum, and the Gureli Palace online, and you can probably skip the visit. Still, Guria can claim one famous citizen, Eduard Shevardnadze.

Guria is sandwiched between Mingrelia, Imereti, and Adjara. In other words, with such neighbors, it has the best possible khachapuri credentials. And yet, truth be told, it’s not a totally legit khachapuri. Locals call it guruli gvezeli, Gurian pie, and traditionally eat it only once a year for Christmas. The recipe is simple: yeast dough, cheese mixture, and hard-boiled eggs. Restaurant Tiflis also adds scallions, which makes it a bit more interesting. The dough is then folded a little bit like a calzone, but in more of a crescent shape, and baked in the oven. The pie can be small and served as an individual portion, or large and feed a whole family. 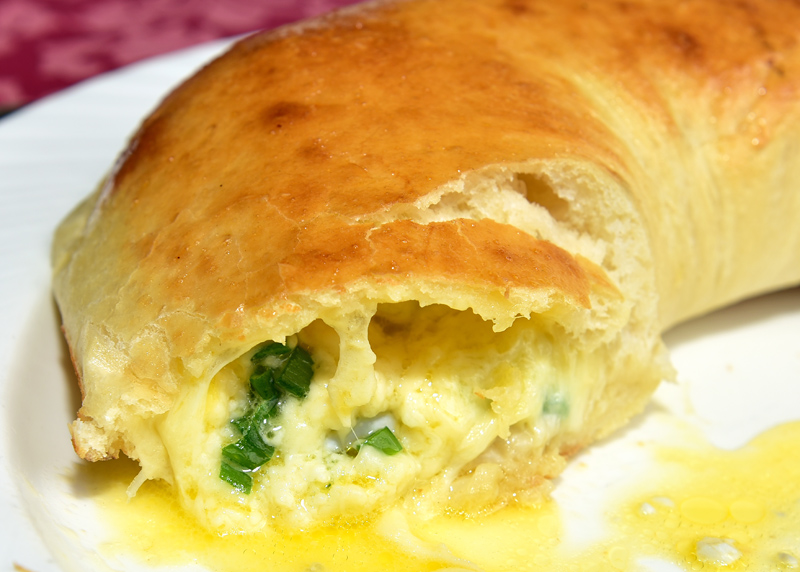 According to Tinatin Mjavanadze’s Georgia with Taste, tradition dictates that for Christmas, a coin is baked into one of the individual pies, and the person who finds it is promised happiness for the whole coming year. The lucky winner must then protect the coin like a talisman, and put it on the dinner table on New Year’s Eve. To me this sounds more like a way to start fisticuffs at the table even before the new year begins, but hey, I don’t live in Guria.

But we don’t need to live there or wait until Christmas to eat a Gurian pie. My recipe reuses the yeast dough and cheese mixture from my Mingrelian khachapuri post, with the extra hard-boiled eggs and scallion preparation. Even though you’ll want to bake the bread to order, it doesn’t take a terribly long time to make. And by calling it a khachapuri and getting rid of the disputatious coin, I hereby proclaim that we can all stuff our faces with it any day we like, and be happy! 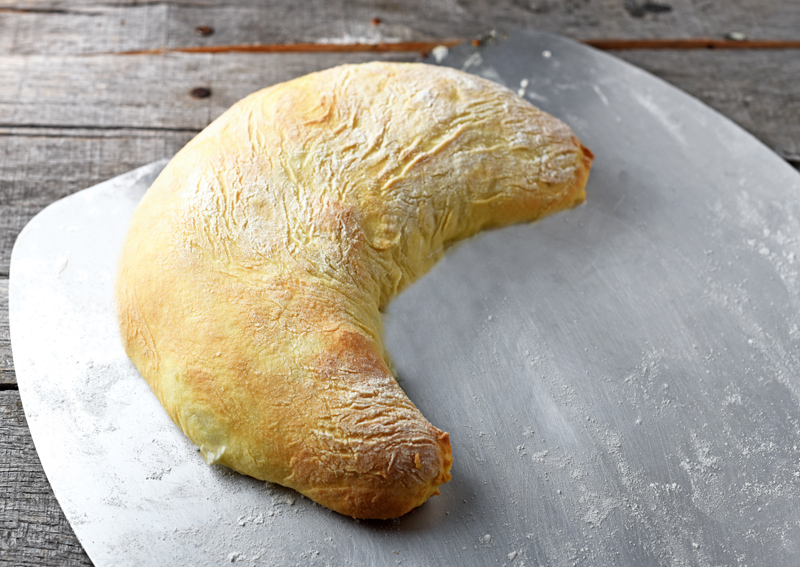 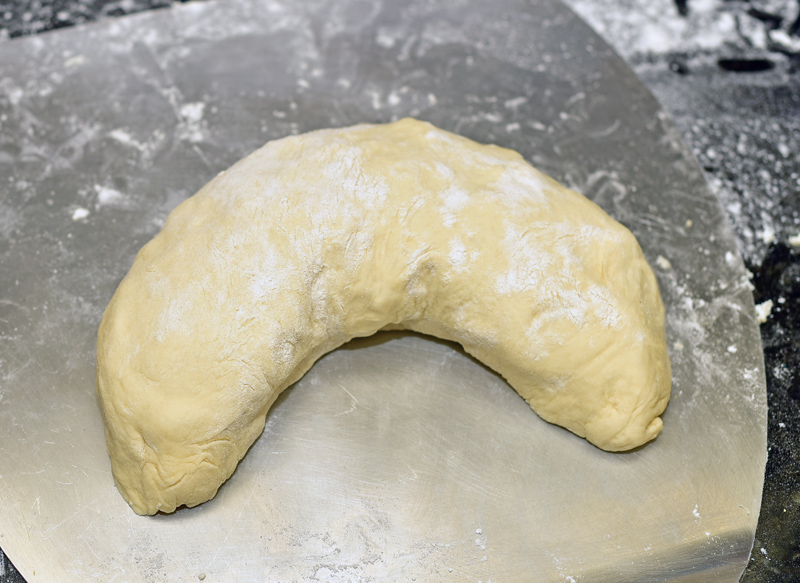 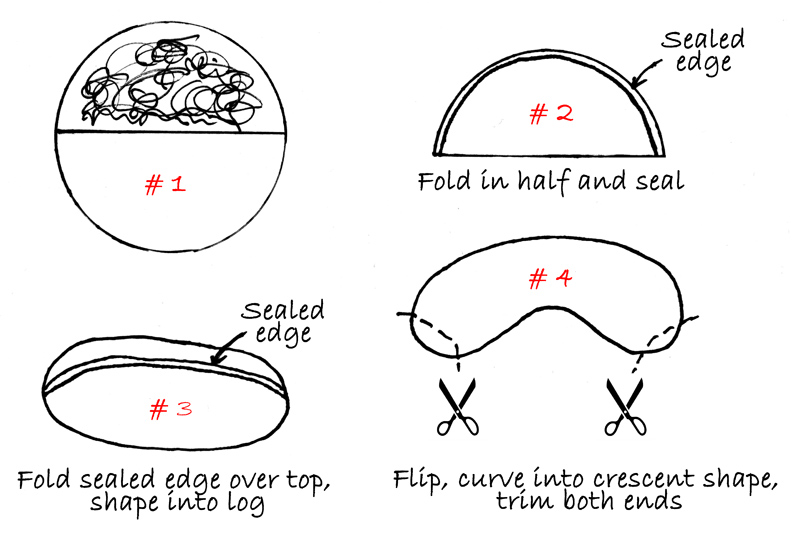 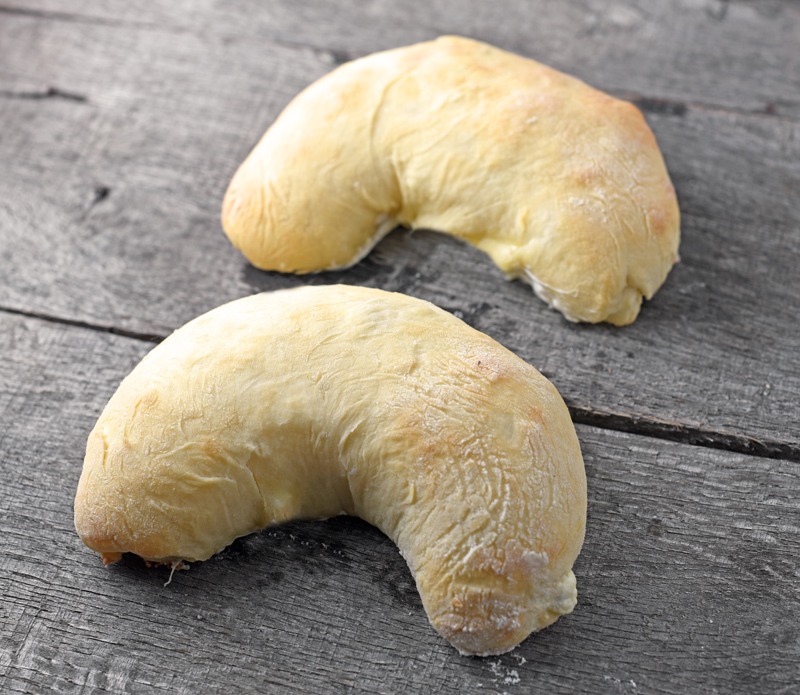 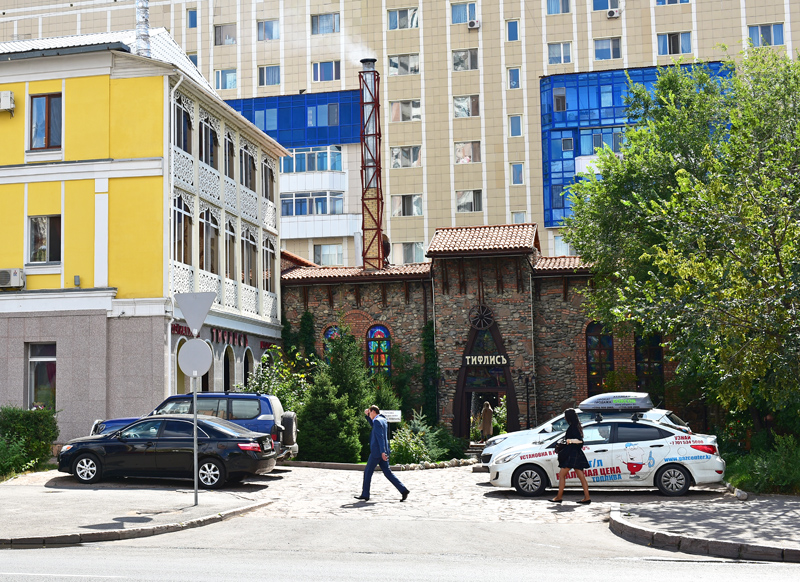 The scallions sound like a good addition. I’d say that here in Tbilisi, guruli khachapuri is pretty common, though you’re right, I’ve never seen it at a restaurant. It’s a staple of the street bakeries. (A much hardier and less messy lunch on the run than the other styles of khachapuri).