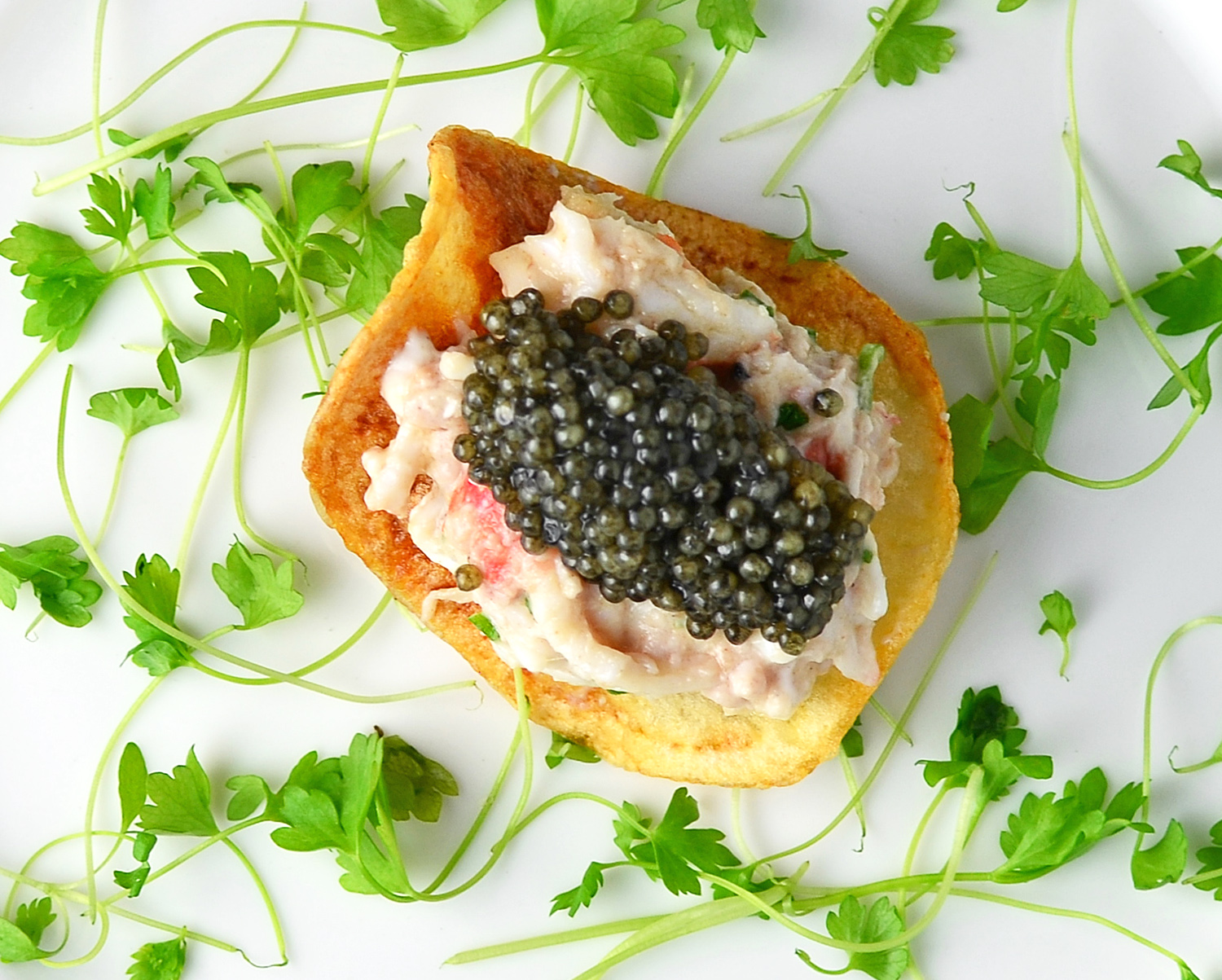 Here’s a bite-sized dish to kick-off the holiday season in style! This very Russian combination seamlessly mixes poor and rich man’s ingredients, with potato and brains on one hand, and king crab and sturgeon caviar on the other. It’s not the first time I’ve paired crab and caviar (see here), and I’ve also posted recipes for pork brains and veal brains before. Combining the brains with crab, however, proves to be particularly successful, resulting in a creamy mixture that’s both delicious and approachable — the brains are nearly unrecognizable.

This makes for a great amuse-bouche with a drink before dinner. It’s just salty enough to make you thirsty, and rich enough to help you absorb the alcohol. And so you won’t be mistaken, this is to be consumed with moderation: after excluding water content, almost 50% of both pork brains and caviar is fat. And I won’t even talk about the potato chips and butter… While one could use brains from other animals, I’ve found pork brains marginally easier to procure. They’re also larger than lamb brains, and aren’t haunted by the spectre of mad cow disease. I’ve been able to find them regularly at Harlem Shambles. As for the caviar, I really recommend using real sturgeon caviar. This recipe uses only 4 grams per serving so you won’t break the bank, and you’re not gonna make it every day anyway. Paddlefish roe, which I like in other situations, tends to overpower the crab and brain mixture.