Of all game meats, hare is one of the most full-flavored, and one of the most vilified. After all, not only are you eating a rodent, but the critter’s constant running suggests a tough hunt and even tougher meat. To make matters worse, nothing screams dead animal nearly as loud as hung hare meat (at least among the meats available for sale); the smell and taste really need to be acquired.

In New York State, you’re allowed to hunt hares, but not to trap them. As a beginner, my first hunting attempt was totally hopeless, even with the help of a guide and a couple of pointer dogs. Whether you entertain the foolish idea of catching your own wild bunny, or you prefer to let professionals do the hard work and you purchase it (e.g. from D’Artagnan if you live in the US), hare remains a rare and expensive treat. You’ll want to prepare it right. And even if you’re a game lover, you might want to take the gaminess down a notch. 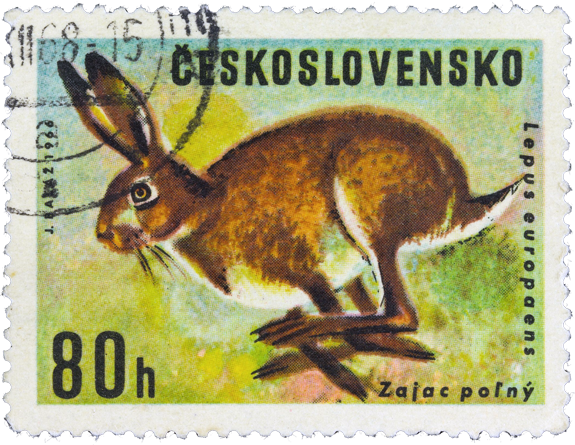 This post will explain how to prepare hare in two different ways, which you can use as the bases for your own recipes (I’ll give you my own Eastern European version in the coming weeks, of course). The wine marinade may not really tenderize the meat as was once believed, but it certainly makes the hare flavor more… accessible. The transglutaminased loins yield two superb medallions to enjoy lightly seared, and the slow-cooked leg confit prevents the meat from getting dry or tough. Both could taste pretty good with a wine reduction.

marinated hare loins and tenderloins
salt
pepper
transglutaminase (see below)Take the loins out of the marinade and pat dry.

[…] After last week’s hare loin, this post features the hare legs with another group of typical Latvian winter flavors: potato, sauerkraut, and animal fat. The recipe is pretty short, because most of the work has been done during the hare preparation. […]