When I started this blog over two years ago, I never took the time to write a mission statement. So I’ll kick off 2013 by fixing this. Here is the Food Perestroika manifesto! I’m also adding it to my About page.

The word perestroika may be forever associated with Mikhail Gorbachev’s reformation movement in the late eighties, but in Russian, it simply means reconstruction. To understand what it is that needs to be rebuilt, I suggest we start with a brief look at culinary history in the former Eastern Bloc. 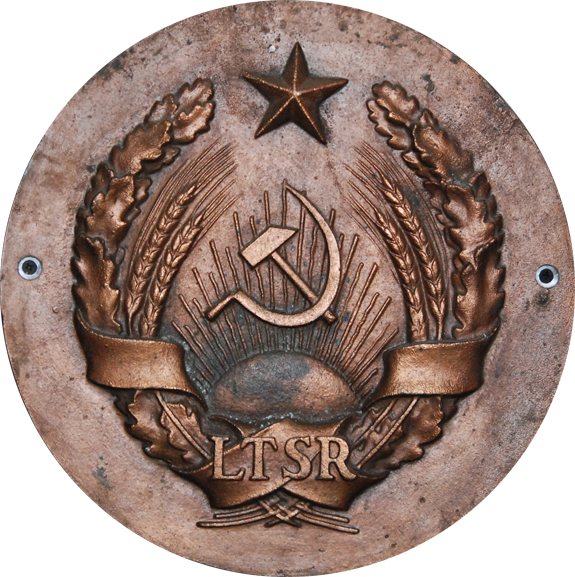 In discussing classic Russian cuisine, one must first look to France. After the French Revolution (1789–1799), many chefs once employed by the aristocracy and the clergy opened their own restaurants, catering to the soaring bourgeoisie. Haute cuisine is rooted in this first wave of establishments that made nobility’s culinary luxury accessible to anyone able to pay the price of a meal. From there, French gastronomy kept on renewing itself, with milestones such as Escoffier’s Guide culinaire in 1903, and the Nouvelle Cuisine movement in the 1960’s.

From the late 18th century until the October Revolution of 1917, Russian food followed a similar course. In fact, many chefs working for Russian aristocratic families were from France. Through them, Russia made some significant contributions to gastronomy at the time. It suffices to open Guide Culinaire to find recipes for pellmènes, varénikis, coulibiac, piroguis, sauce smitane, côtelettes Pojarski, pudding Nesselrode, vatrouskis, and other preparations à la Russe. Service à la russe, a manner of dining that involves courses being brought to the table sequentially, was brought to France in the early 19th century, and still serves as the basis for modern food service.

Russian cuisine’s development stopped abruptly with the Revolution. For most of the 20th century, it remained stuck in cuisine classique. Worse even: the existing dishes were systematically bastardized to circumvent ingredient scarcity and shortages. This is, for example, how Salad Olivier turned from a decadent high-end appetizer to an unappetizing pile of factory-produced foods drowning in mayo.

Meanwhile, the other Soviet Republics — most of which featured very rustic culinary traditions — saw their cultures “harmonized” (read: repressed). Russian became the common language, socialist classicism the architectural norm, and national peculiarities were watered down. It is said that even the menus of the Tbilisi restaurants were dictated from Moscow. At best, bastardized versions of the most famous national dishes were adopted across the Empire for a touch of exoticism.

After World War II, the Iron Curtain further spread the culinary stagnation to Central and Eastern Europe as more countries became part of the Communist Bloc. The story differs slightly for each country, but the results ended up being similar: products were scarce, quality was poor, variety non-existent. In Hungary, for example, the fine wines and superior ingredients produced for centuries were almost completely forsaken, and Károly Gundel‘s eponymous restaurant, which enjoyed a fine international reputation before the war, was nationalized in 1949 and sunk into mediocrity. And in Berlin, if you visit DDR-Restaurant Domklause, an East German restaurant re-established in its original location at the former Palasthotel, you can taste for yourself original recipes dictated by product availability (or rather, lack thereof); they are unlikely to impress you.

The collapse of the Eastern Bloc (1989-1991) brought once-in-a-lifetime opportunities in almost all aspects of society. While gastronomy was no exception, the impact has been smaller than one might think. One reason is certainly that the majority of the population had more important issues to worry about in the 1990’s than fine dining, and those who had money to burn often preferred flashy surroundings or foreign travel to sophisticated local cuisine. Says chef Wojciech Amaro, of Atelier Amaro in Warsaw and recipient of Michelin’s first Rising Star award in Poland: “Did you know that Poland is famous for its edible flowers, herbs, wild game and mushrooms and most Poles don’t even know it?” As of 2012, there were 2 Michelin-starred restaurants in Hungary (Onyx and Costes), 2 in Czech Republic (La Dégustation Bohême Bourgeoise and The Alcron), and slightly over 20 in former East Germany. Compare this to 590 establishments in France, 249 in the whole reunified Germany, or 128 in the U.S. (you can find an up-to-date list here).

Eastern Bloc restaurants in the West didn’t fare much better. In New York, despite the multiple waves of immigrants throughout the 20th century, your options rarely depart from family restaurants on one hand, or big floor show establishments on the other. Many seem happy to serve straight-from-the-can eggplant caviar and shoe-sole-tough Beef Stroganoff without ever wondering if they could do better — just read my reviews. Of course the customers are to blame, too. Half of them want to throw vodka shots over their backs and eat caviar by the ladle as if the October Revolution never happened, and the other half turned their grandmothers’ frugal, substitute-filled stews into their own personal Proustian madeleines. Few people pass the doorstep asking for modern Eastern European cuisine.

Okay, maybe I’m dramatizing a little bit. I won’t deny that the food situation has considerably improved. Quality local products are readily available; you can have a delicious modern meal in Prague, Budapest, or Moscow. Sophisticated winemaking has made a triumphant return in Hungary, Slovenia, and Croatia; there are lavish cookbooks filled with traditional recipes from the Caucasus and Central Asia. I’ve even seen Stalik Khankishiev using a thermometer to check meat doneness! The Soviet Union also popularized some notable dishes, such as the chicken Kiev. My point is that the food culture in those countries is making a very slow recovery and still rarely challenges traditions. Despite History’s opportunities, the gastronomy of the Eastern Bloc is still light-years away from what you see in France — or Italy, Spain, Germany, Scandinavia, Japan…

My goal with Food Perestroika is to rebuild culinary traditions from the former Eastern Bloc, and try to re-imagine and elevate them to haute cuisine. The word perestroika means reconstruction, but I am not interested in replication so much as I am interested in innovation inspired by what came before, and in making the most of the ingredients and flavors that can be found in that part of the world. Most of the various topics I discuss can be pieced together to work towards this objective:

I may not follow any rigorous order in my posts, instead going back and forth between countries, post categories, and recipe complexity. It all depends on my inspiration of the moment. But hopefully, after a few years of writing, the big picture will start to make sense.