Spring turkey hunting season lasts the whole month of May in New York State, and a couple of weeks ago, I went upstate to try for a few birds with Hunstman Wayne. I’d already gone on a turkey hunt with Wayne in 2011, but I had missed my chance, mostly because of my lack of experience. This year, I was back with a vengeance, and, hopefully, better confidence in my shooting skills — all those hours at the Westside Rifle & Pistol Range have to bear fruit at some point, right? 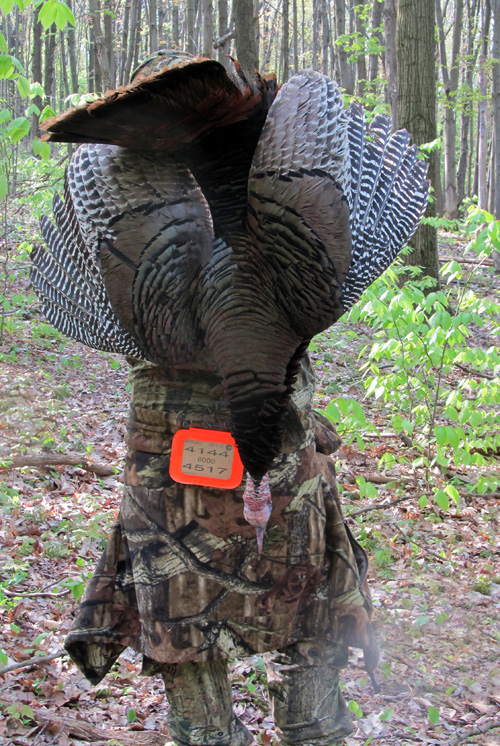 The first day didn’t bode well. We didn’t see or hear a single gobbler (you’re only allowed to kill males in the spring), despite Wayne’s efforts. And believe me, Wayne is a hell of a guide. First off, he used to work for New York’s Bureau of Wildlife as a Senior Fish and Wildlife Technician, and he’s been hunting turkey for over 35 years. He’s lived all his life in Tully, and knows every plot, every turkey spot, and every hunter or landowner in the area. He has access to enough private land that you’re unlikely to run out of possibilities when looking for birds. Finally, you almost get two guides for the price of one, as it’s not rare for his brother to help him locate turkey at sunset and sunrise, thus covering twice as much ground. Also. throughout the hunt, he’s in contact with other professional outdoorsmen in the area, getting near real-time updates on the day’s hits and misses!

In the evening, as we were roosting the turkeys, we finally located one. The idea is, around nightfall, to make an owl call to try to get the birds to “shock gobble” (the equivalent of “Shut up, I’m sleeping!”). The tom only gobbled once, but that was enough for us to know where to try our luck the next morning. We went to bed early in anticipation of an early start, as we had to be absolutely sure we’d be the first ones taking positions in that spot the next morning.

Day 2, 4:30 AM. We’re already set up against a tree and are waiting for sunrise. Everything seems to go by the plan: the gobbler gobbles, flies down the roost, does his little number… and then we spot five hens following him. At this point of course, the male’s more interested in getting the orgy started than looking for a hypothetical sixth partner (us) that he can’t see. In a desperate attempt, we even try to move to a new spot between their current location and the “bedroom” (a nice hay field nearby), but that’s easier said than done. It’s after 9 AM now, and the chase is over.

So we move to another spot after being tipped off by Wayne’s brother. Almost immediately, we hear gobbles coming from various directions. In less than half an hour, we take position by a tree, call one of the toms, get him within gun range, and I promptly shoot him as he turns his head in response to Wayne’s seductive hen call. Amazing! 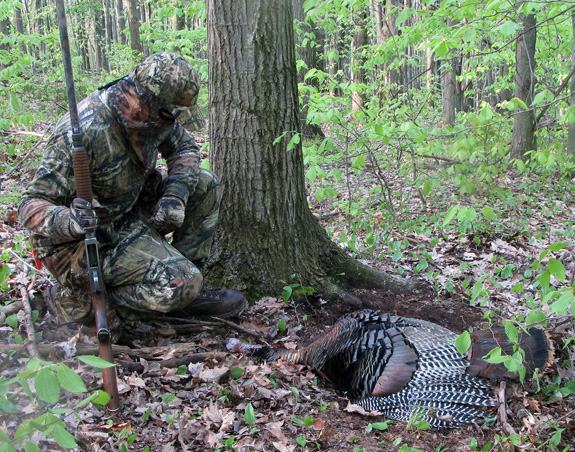 The unlucky gobbler turned out to be a quite respectable bird, according to Wayne. A 3 year-old tom weighing about 22 pounds and sporting a 10″ beard. If you’re interested in how to skin a wild turkey in the field, check out my video. Here’s the result once brought back into the kitchen: 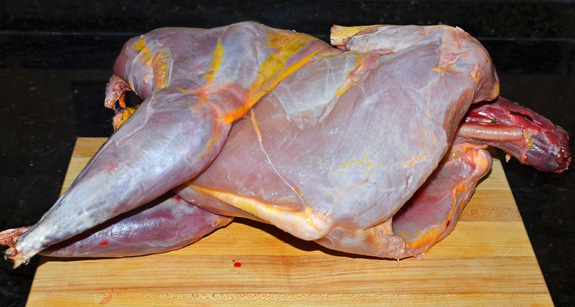 I ended up making three different recipes out of the various parts of the bird: a plov, schnitzels, and sausages. The plov is the one I’m sharing with you today. You may remember my Uzbek Lamb and Green Pea Plov. This one’s made in a similar fashion, with bomba rice — a Spanish variety commonly used in paella due to its absorption power — just with different vegetables, and with wild turkey prepared two ways — as meatballs and as leg confit. Note that the confit yields twice as many servings as the rest, so you can either invite the neighbors and double the proportions of the plov, or keep the drumsticks for another meal. 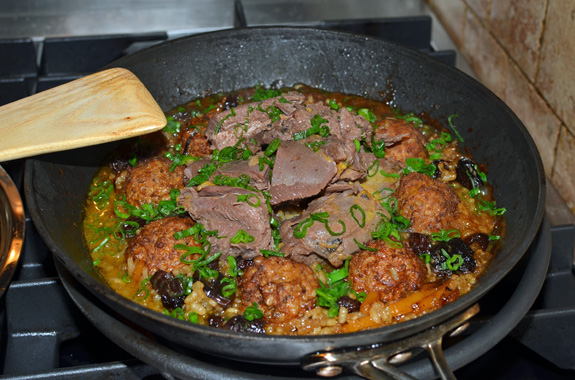 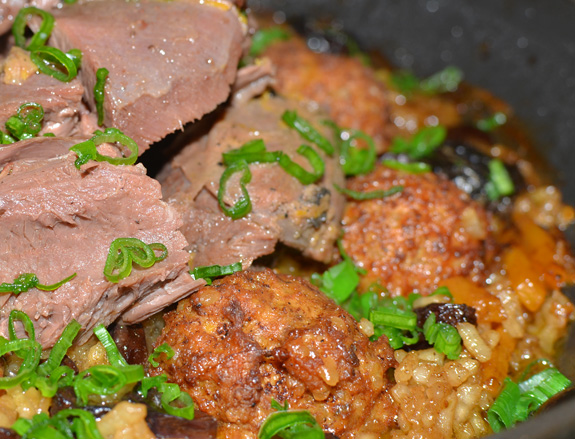 […] talked about my turkey hunts with Wayne a few times. There was the spring gobbler I killed last year, and the hunt-turned-fishing trip last May. All in all, I’ve known him for about 3 years, and […]

[…] I’ve already posted plov recipes here and here, I wanted to go back to a more canonical version that I could submit on Ingredient Matcher. A plov […]