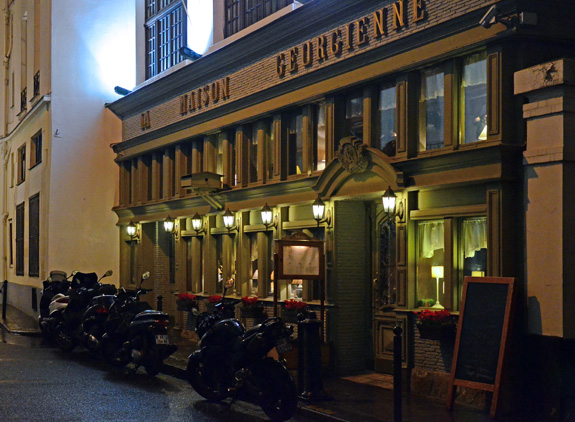 Nestled in a small street in the 6th arrondissement of Paris, La Maison Géorgienne is one of the very few Georgian restaurants in…  all of Western Europe, really.

Like a traditional Georgian house (which is also what the name of the restaurant means), the restaurant occupies several floors and offers various rooms, some for private parties, decorated with old pictures and Georgian paintings. 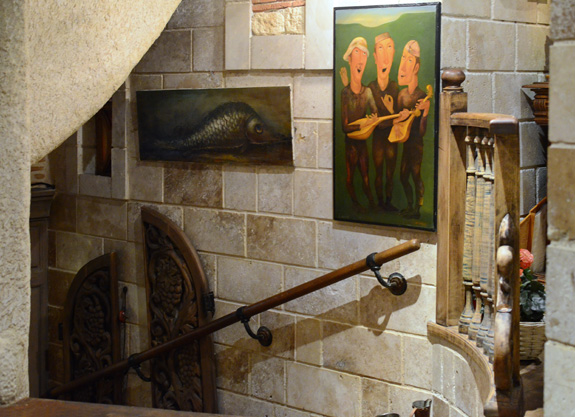 In the food-related department, here’s a still life with (smoked?) fish, beer and vodka, something that clearly sets the tone in one’s living room: 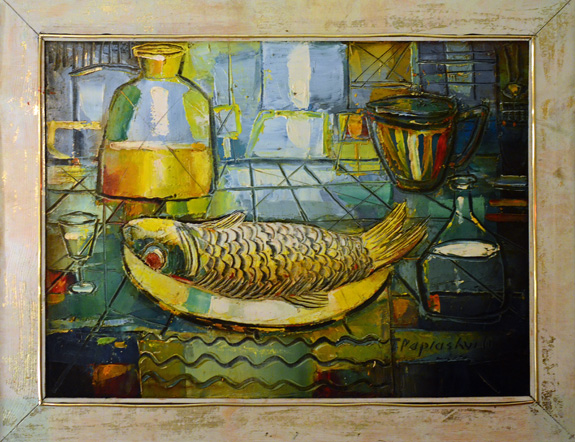 While the menu covers the usual suspects — satsivi, khachapuri, dolma, khinkali, and chicken tabaka, as well as many shashlyks and stews — there are also quite a few more original dishes. The à la carte selection is complemented by several prix fixe menus offering assortments of dishes for those patrons eager to try as many things as possible.

For appetizers, the salad Megruli combines chicken with prunes, corn, scallions, and mayo. The Stumari consists of chacha-marinated salmon served with avocado and salmon roe. We chose the pkhali, with walnut and finely chopped vegetable pastes: 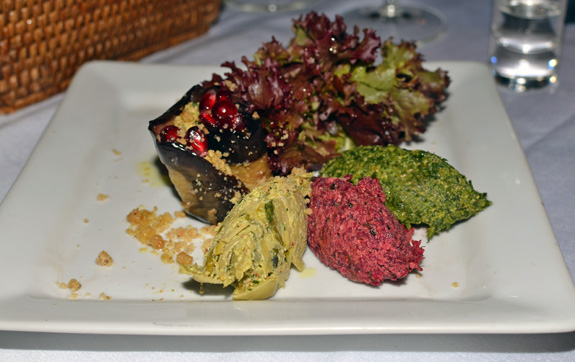 Next came the Georgian blini, stuffed with ground beef and baked in the oven. Unfortunately, the meat wasn’t very tender. 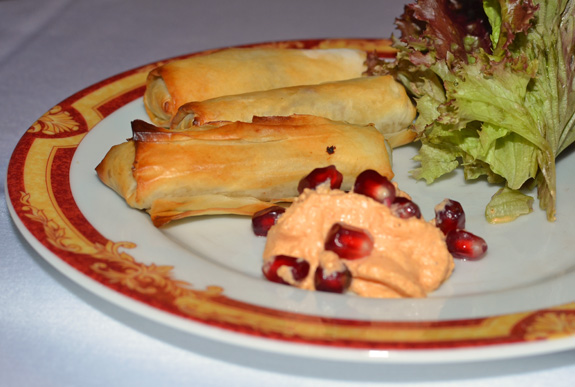 The classic khinkali, meat-filled dumplings, were good in that the dough wasn’t too thick, but they could have been juicier. 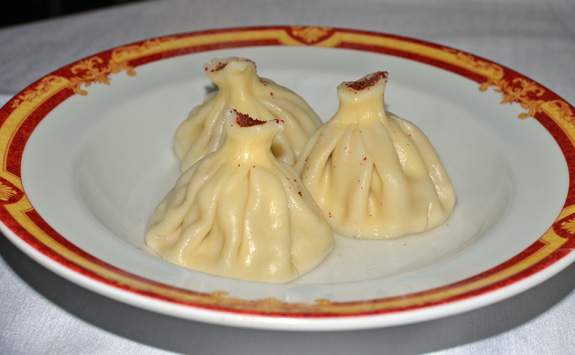 Among the main courses, the shashlyks were a highlight of the dinner. The expertly marinated pieces of chicken, veal, and pork were even better than anything I’ve eaten in Georgia!

The menu lists a number of stews. There’s a lamb chakapuli with its liberal dose of tarragon, and a veal chashushuli with tomatoes and red peppers. We tried the rabbit chakhokhbili, cooked with fresh herbs. Though I like Georgian stews, I often find the sauce too thin to my taste, and this was no exception. 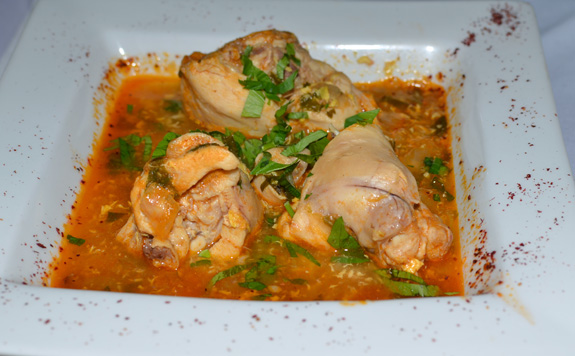 If you plan to come with a large group, consider ordering the suckling pig. We were offered a sample by the neighboring party, and its crispy skin and juicy meat were delicious.

No Georgian meal would be complete without khachapuri, and you can order the Imeretian or Mingrelian kinds, whether you prefer a bread stuffed with cheese or the same with extra cheese on top. The breads were baked to order but lacked salt, which made them bland.

Finally, the selection of desserts is especially commendable, considering I never encountered any sweets besides honey when I was in Georgia. Besides the traditional matsoni (yogurt) with honey, there’s a Georgian chocolate cake made of a chocolate sponge with walnut and chocolate glaze, a Medogui consisting of cake layers with concentrated milk and nuts, and a Sinaze involving more chocolate sponge, walnuts and caramel. 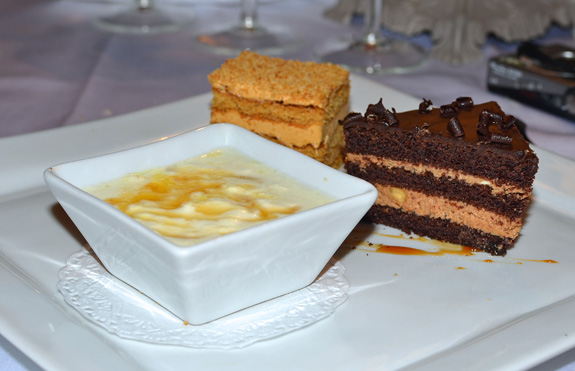 I must say I have trouble remembering which dessert was which, as most cakes ended up being layers of sponge and buttercream. All of them were tasty enough but not particularly original. 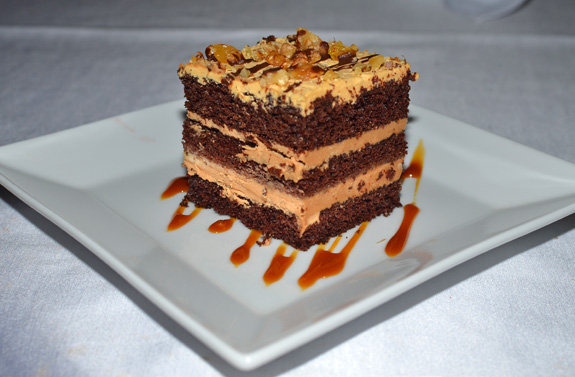 On the drink front, we had a very decent Georgian dry red wine, and a good chacha (grape brandy), the only one I’ve ever found in a restuarant outside of Georgia.

While the food isn’t flawless, I have no problem putting La Maison Géorgienne into the recommended bracket of my ratings, probably a notch above Tbilisi in New York.