Lúdláb Torta, or Death by Chocolate and Maraschino Cherries 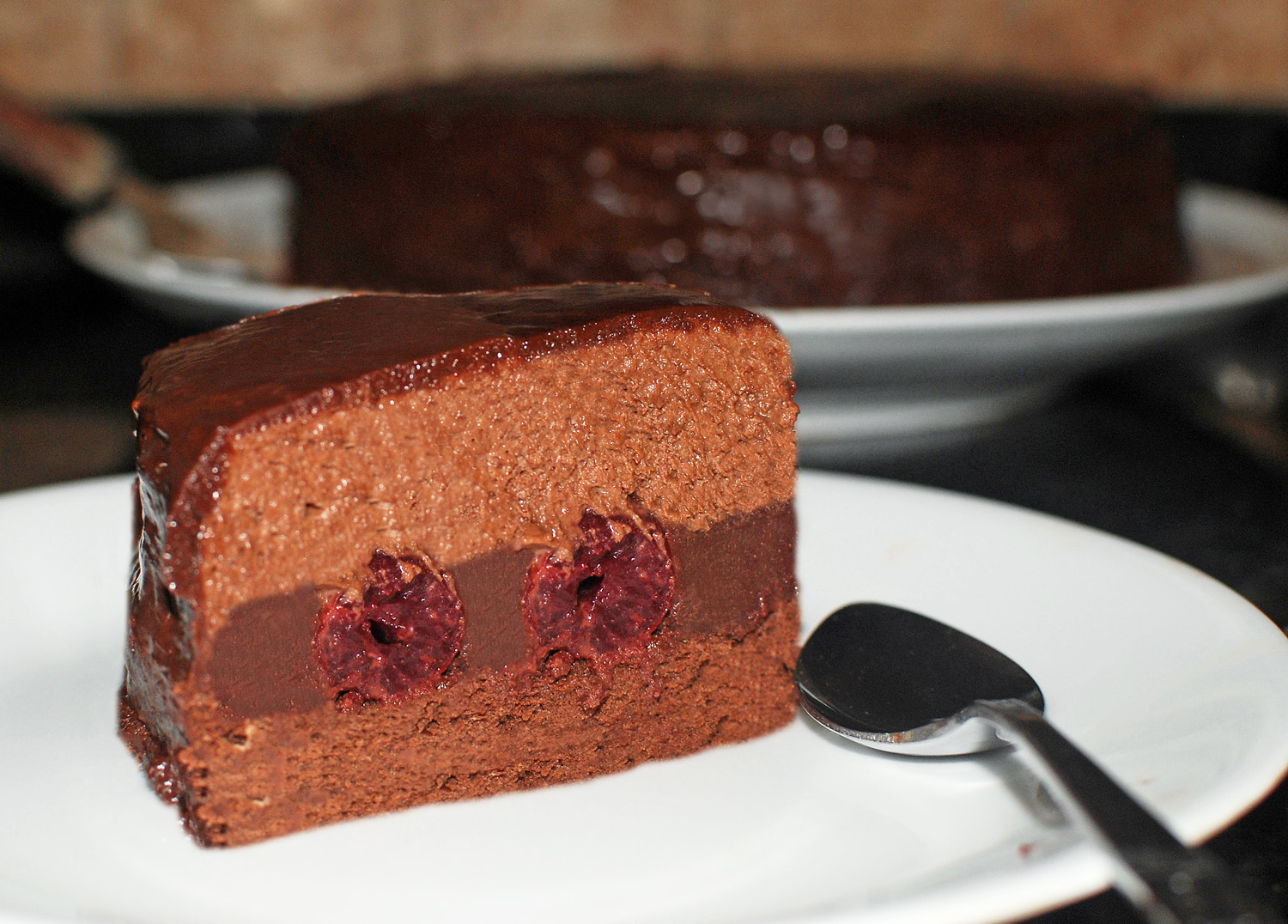 There are a few famous Hungarian desserts (famous, that is, among those with an interest in Hungarian cuisine). The Dobos torta and its many layers. The Rigó Jancsi and its saccharine history. The Gundel palacsinta and its secret recipe. Less known is the lúdláb torta, a chocolate sponge cake with cherries and chocolate mousse or buttercream, covered with chocolate glaze. Its name, literally “goose leg cake,” supposedly refers to the original triangular shape of the slices, resembling goose feet. Magyars can be a bit obsessed with geese sometimes.

Since I had all those maraschino cherries I needed to do something with, I decided to revisit this Budapest café classic. In his book Kaffeehaus: Exquisite Desserts from the Classic Cafés of Vienna, Budapest, and Prague, Rick Rodgers describes the dessert as “the true test of the pastry maker’s art” and “like eating a chocolate-cherry truffle.”

This gave me a couple of ideas:

Since I don’t claim to be a master pastry chef, I chose to adapt recipes from renowned authorities for each layer. At the end of the day, my version may do a poor job when it comes to disposing of large stocks of maraschino cherries (1/2 lb for a 9″ cake), but it sure makes one fine lúdláb torta. 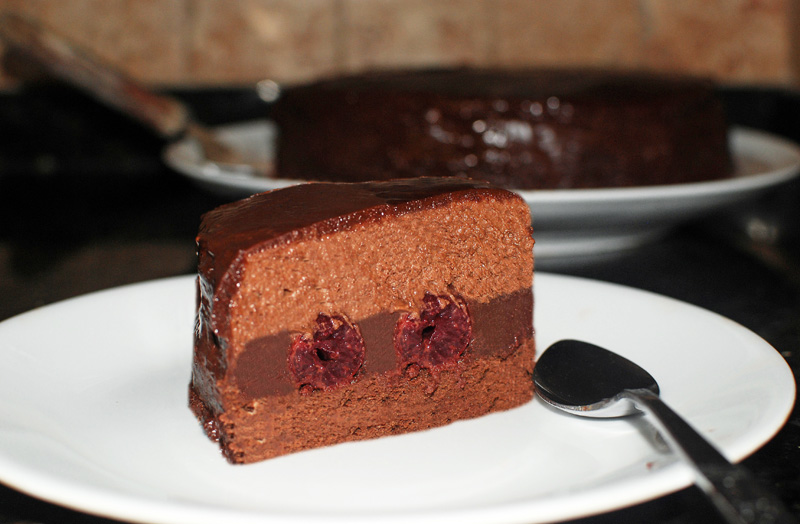 Chocolate sponge
(adapted from Michel Roux)
Yields one 10″ round sponge

Chocolate mousse
(adapted from Francois Payard)
Yields one 9″ round cake

Chocolate ganache
Yields one 9″ round cake

Assembly
Yields one 9″ round cake

Hi
I have not seen measurements this way…”oz” on every item, what is the best way of doing this, is this by weight or by size

Use a scale, it’s super easy! Measure everything on your scale, liquids, solids, powders… And throw away those measuring spoons and cups that never give the same result twice.