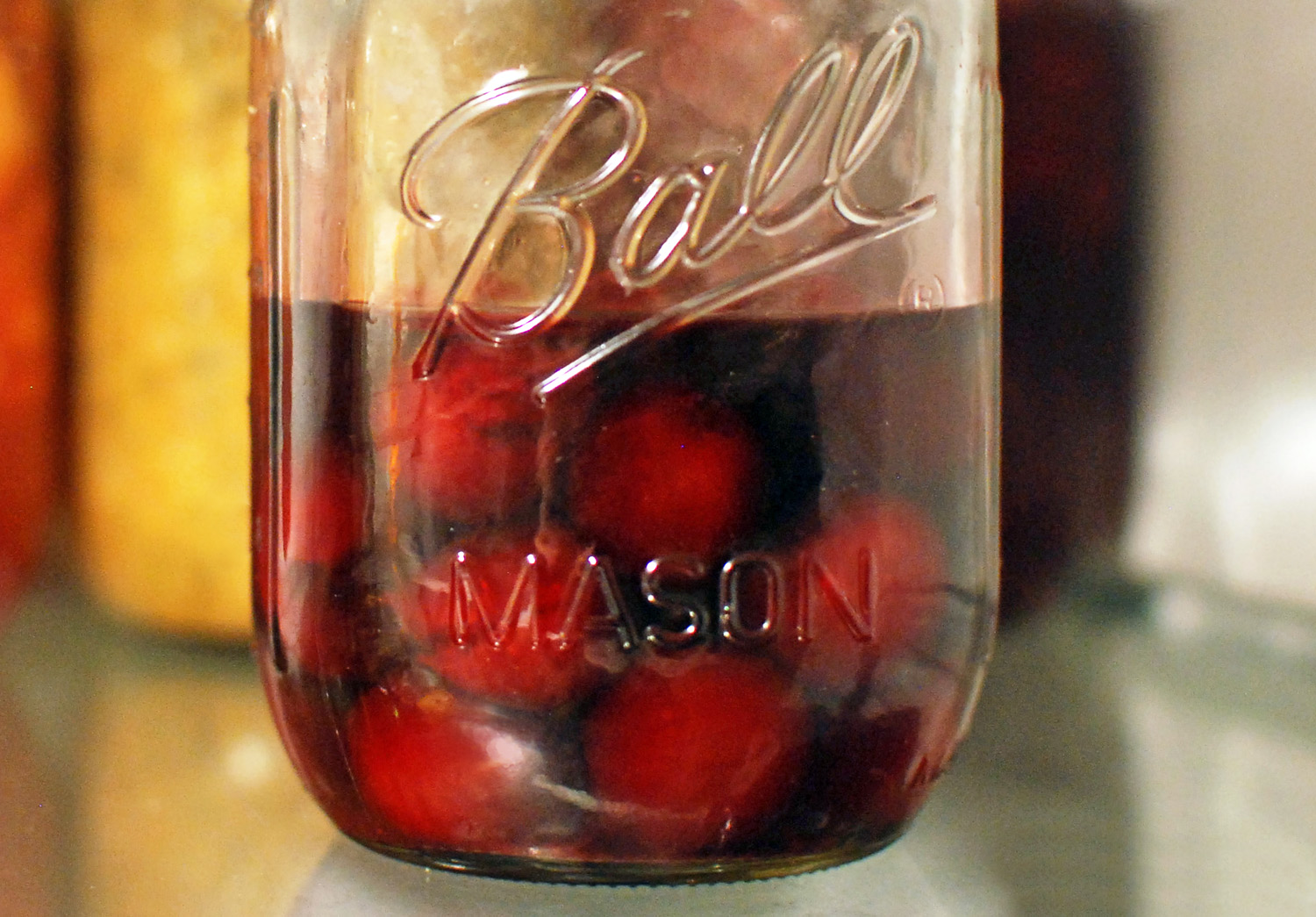 Unbeknownst to most of us, maraschino cherries haven’t always been the overly sweet, rubbery, bright red mess we are accustomed to in our cocktails. You can read their fascinating history on Wikipedia, from their royal origin to their post-Prohibition descent into mediocrity:

The name maraschino originates from the Marasca cherry of Croatian origin and the maraschino liqueur made from it, in which Marasca cherries were crushed and preserved after being pickled. Whole cherries preserved in this liqueur were known as “maraschino cherries”. These had been a local means of preserving the fruit in Dalmatia. In the 19th century, these became popular in the rest of Europe, but the supply in Dalmatia was too small for the whole continent, so they came to be seen as a delicacy for royalty and the wealthy. […]

The cherries were first introduced in the United States in the late 19th century, where they were served in fine bars and restaurants. Because they were scarce and expensive, by the turn of the century American producers were experimenting with other processes for preserving cherries, with flavors such as almond extract and substitute fruit like Queen Anne cherries. Among these, alcohol was already becoming less common. […] After Prohibition was repealed, lobbying by the non-alcoholic preserved cherry industry encouraged the Food and Drug Administration to revise federal policy toward canned cherries. It held a hearing in April 1939 to establish a new standard of identity. Since 1940, “maraschino cherries” have been defined as “cherries which have been dyed red, impregnated with sugar and packed in a sugar syrup flavored with oil of bitter almonds or a similar flavor”.

Obviously, we won’t settle for mediocrity here. There are two components to my maraschino cherries:

Next time you see sour cherries at the farmers’ market in late spring or early summer, consider making a few jars that you can use in your drinks and desserts! 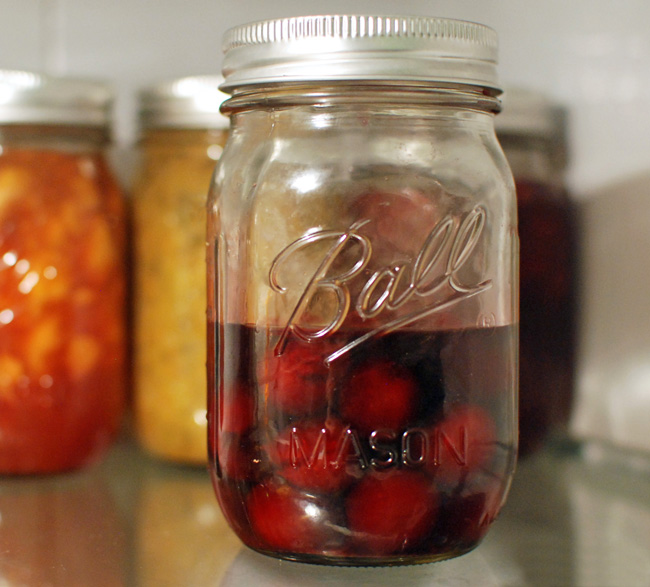 Lúdláb Torta, or Death by Chocolate and Maraschino Cherries

[…] of cherries, I am using maraschino cherries in the sauce. I posted about them here, and you should keep in mind they have nothing to do with the sugar-saturated neon-red […]

It’s hard to find knowledgeable people about this topic, but
you seem like you know what you’re talking about!

I know, Maraschino cherry specialists are pretty rare these days… They probably fell victim to globalization and The Internet.