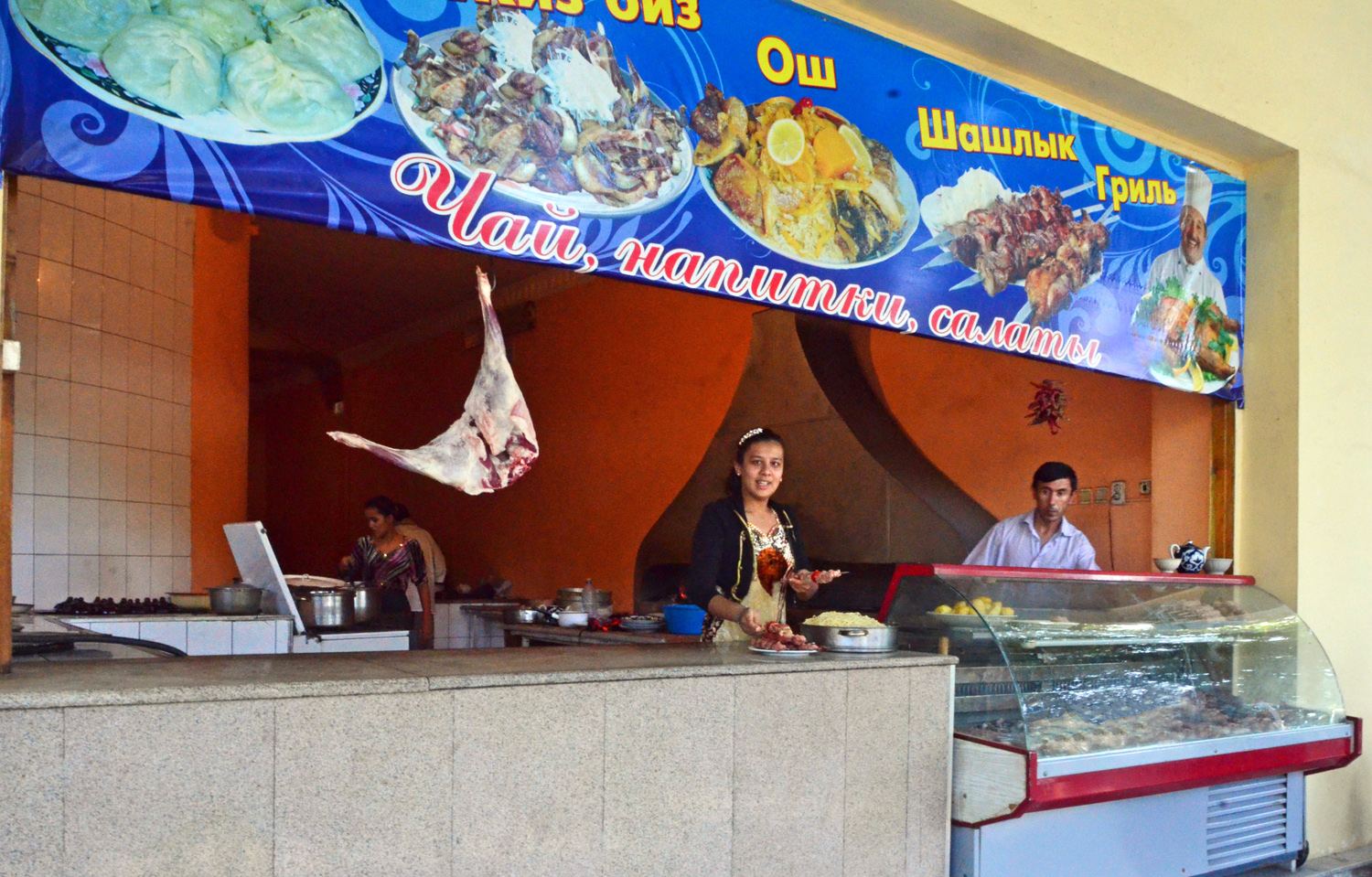 One of the oldest continuously inhabited cities in Central Asia, Samarkand is just a short ride from Bukhara, whether by road or by rail, thanks to the new super fast Afrosiyob trains. Just like in Bukhara, the visitors’ focus is usually on the impressive architecture. But as Uzbekistan’s second largest city, Samarkand has more to offer than mosques and mausoleums. Let’s take a look at some of the local restaurants.

Around the Registan (probably the single most famous sight in all of Central Asia), dining options are scarce despite the obvious need to feed hordes of tourists. The simply named restaurant Registan is located almost directly across from the majestic complex, which doesn’t bode well for the quality of the food. However, my confidence is slightly boosted by the fact that as soon as your leave the architectural monuments, even if you just cross the street, the crowd consists mostly of locals. 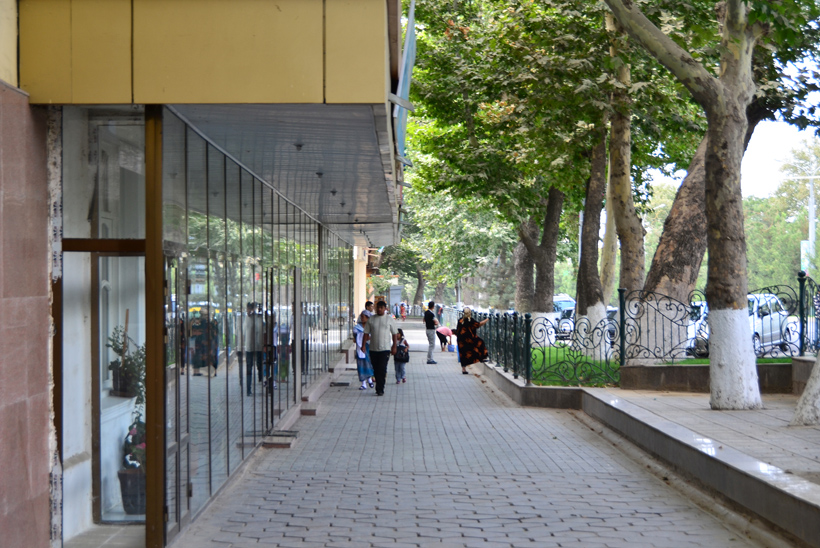 Not that I can really tell you if restaurant Registan is a local hangout or a tourist magnet, because during my visit I found the dining room empty. Yet the food isn’t bad, and includes a few interesting additions to the Uzbek classics. The salad Registan, for example, is a plain but colorful combination of tomatoes, cucumbers, mung beans, and chicken. 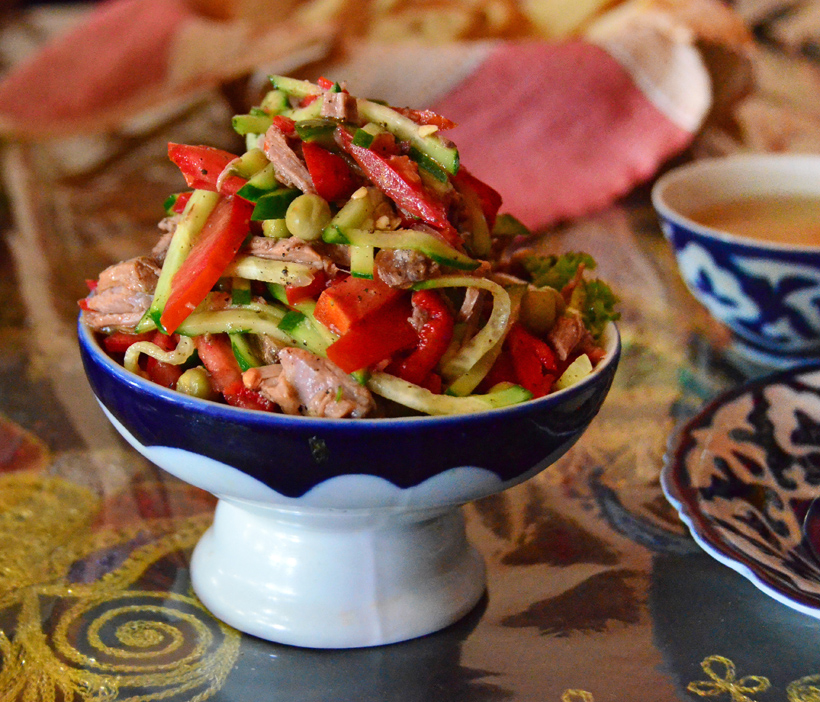 From the classics, the plov and kebabs didn’t leave any particular memory, though I must say I don’t remember ever eating a bad plov in Uzbekistan. What characterizes a traditional Samarkand plov is that the ingredients aren’t mixed during cooking: the meat is fried at the bottom of the kazan, then the chopped carrots are added together with water so they don’t get a chance to brown, and finally the rice goes on top and remains white. When serving, the ingredients are stacked in a dish in reverse order. And there are few ingredients involved — just add to the aforementioned list some onions, wild cumin, barberries, and maybe chickpeas. This is all apparent on restaurant Registan’s plate. I also have a picture of what I think is a fried lavash filled with cheese, which I’ve seen on the menu of several other restaurants. 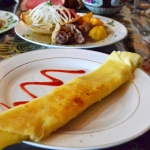 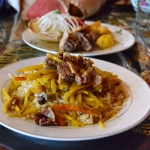 The karakhan (“meat fried with dried apricots,” the menu says) is a mysterious dish that I haven’t seen anywhere else! Lamb cubes are stewed with sliced onions and whole dried apricots, served with plain rice. Karakhan is also the name of a small village between Bukhara and Navoy, and of a rather interesting Armenian Painter who lived in Uzbekistan. In fact, it’s also the name of a few other people and places, several of which might very well be connected. But what this has to do with a meat and dried apricot stew is unknown. 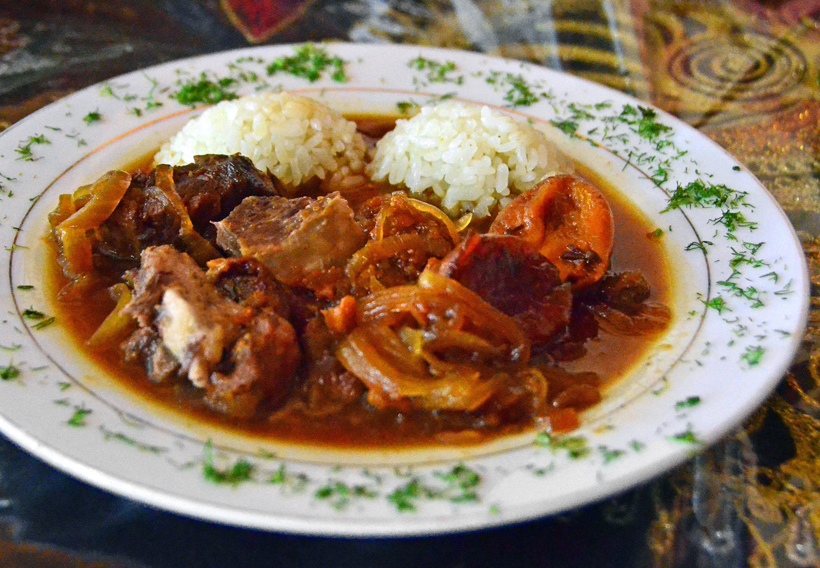 Head to the newer Russian part of town, and you’ll find more and better restaurants. Karimbek is a popular option, offering both national and Russian cuisines, curbside seating and private country huts. I also hear that they have a belly-dancing show every evening, and that they will happily deliver their plov to your home or office. The latter makes me jealous. 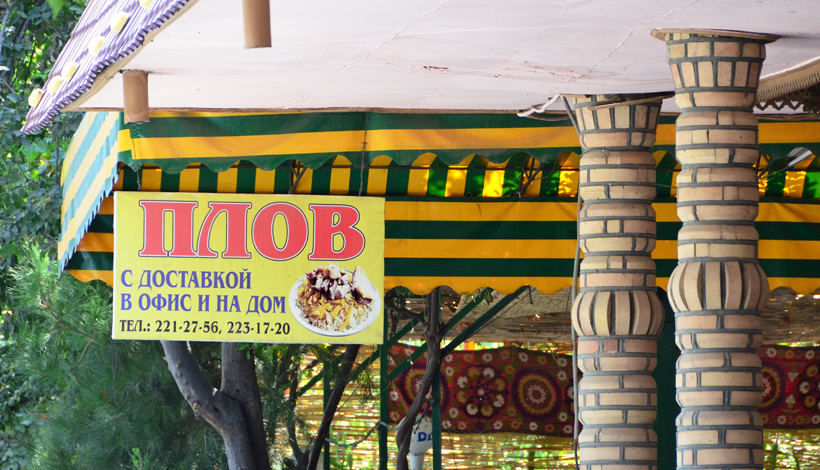 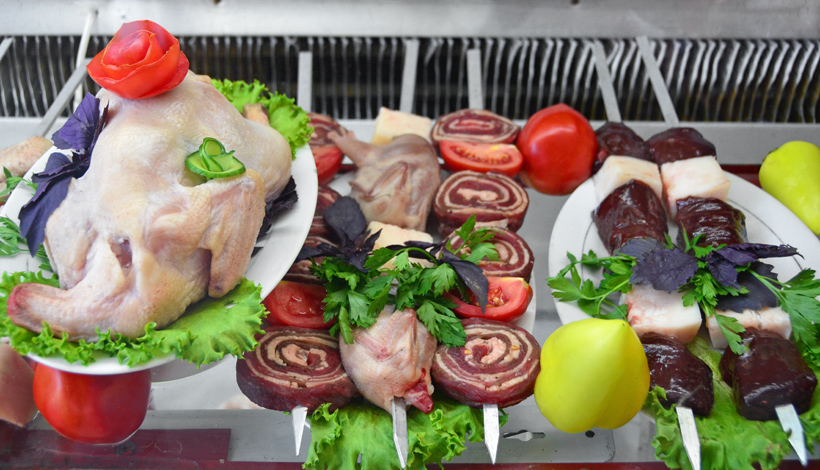 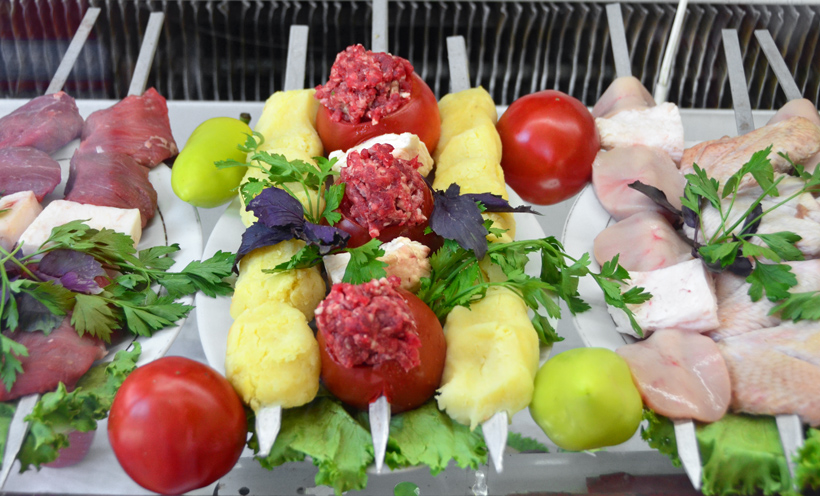 I have no clue how they manage to fully cook a stuffed tomato on a skewer over an open flame without dropping half of it onto the coals, but they do! And if you like grease, grilled lamb fat is a treat.

Don’t forget to wash your meal down with semi-sweet “Soviet champagne” made in Uzbekistan, an ever-pleasing cross between French sparkler and American soda. Yes, despite being essentially a vast desert with a few irrigated valleys, Uzbekistan manages to produce wine. In fact, while in Samarkand, you can visit the Hovrenko Wine Factory, the country’s oldest. First founded in 1868 by a Russian merchant, the winery was revived after the 1917 Revolution by Mikhail Alexandrovich Hovrenko, a renowned Soviet viticulturist who developed new wine varieties and production methods. Today, it produces an assortment of red and white wines, including a rather unique kind made with seedless grapes (named Gullakandoz), plus brandy, vodka and even balzam (an herbal liqueur). You can read more about this remarkable effort and see some pictures here. 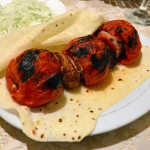 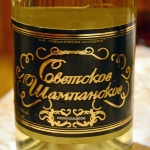 Next time, the colorful Siyob market!

Hey Florian,
I am hungry after seeing your photos. I am going to link your restaurant picks in my article.xx