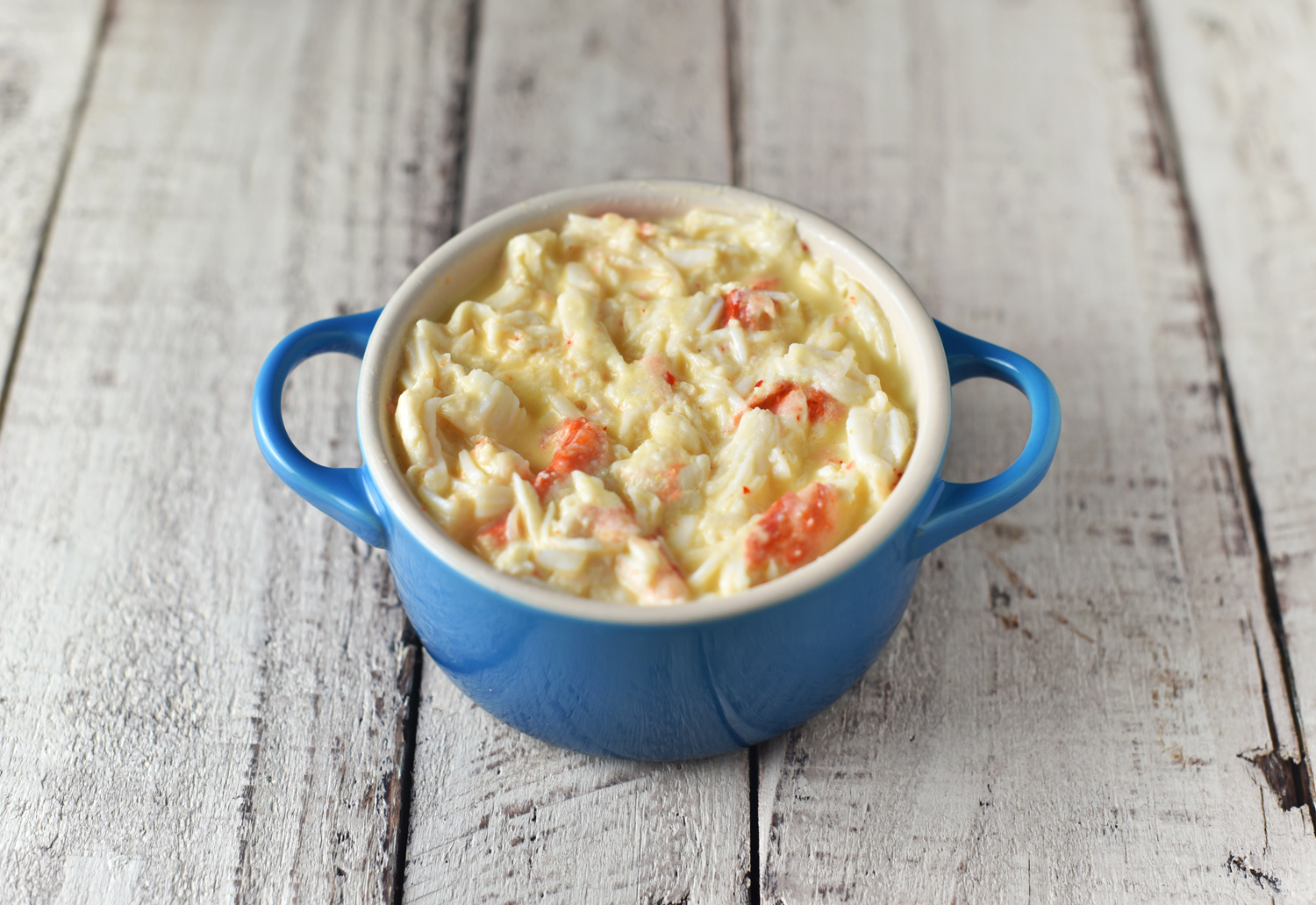 I’ve been wanting to make crab rillettes for quite some time now. The idea sprung from a dish I tried at Michael Mina’s late RN74 in San Francisco back in 2015: Dungeness crab rillettes with caviar crème fraîche and parsnip, served in a verrine with parsnip chips and toasted bread.

Making rillettes out of crab can seem strange at first. The typical pork rillettes are made with meat cuts that are rich in fat and collagen, and these two things are essential for the spread to achieve the right texture. Salmon rillettes also work because that fatty fish still contains some of both, supplemented with a generous amount of butter. But crab meat contains neither fat nor collagen in any substantial amount.

The key to achieving the right results lies in removing as much water from the crab as possible, and replacing it with some sort of fat that melts when heated, so it can permeate the seafood, but which also solidifies gracefully when chilled, so it produces a smooth texture. Animal fat is not really an option, as it would probably taste funny with crab, but after several attempts, I have found that a kind of beurre monté stabilized with heavy cream does a pretty good job. 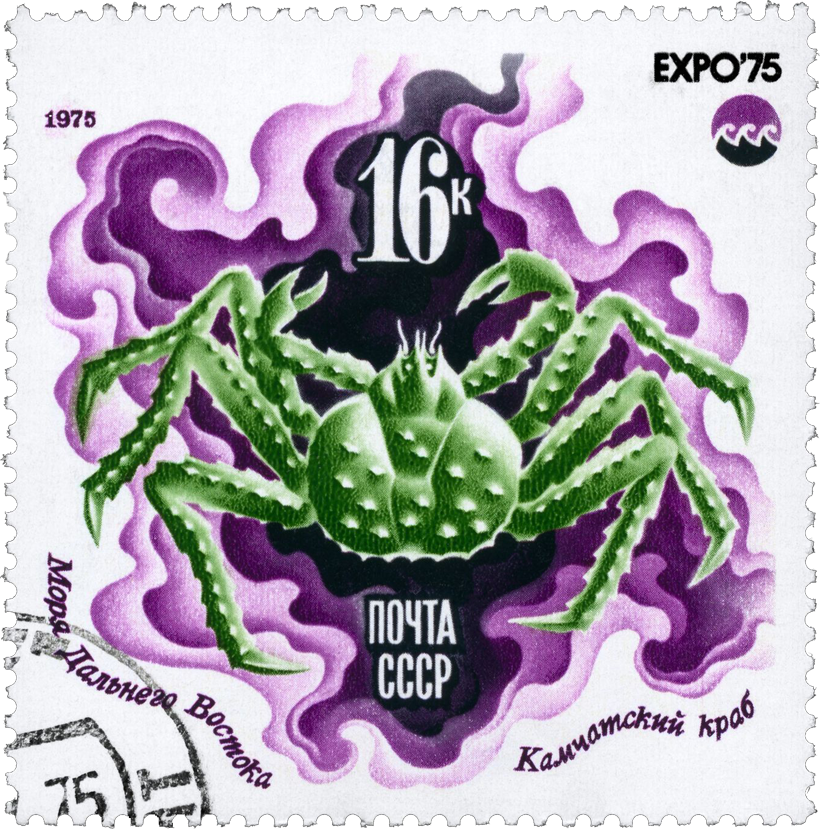 Okay, crab rillettes? Done. Next we need something that complements the crab (I’m using Kamchatka king crab), with a Russian twist. I could have kept RN74’s combination of crème fraîche, caviar, and parsnip, as it was already Russian enough. But since meat pâtés are often eaten with mustard and pickled onions, why not try to pair the crab with… mostarda?

I know what you’re thinking: “He’s completely lost his mind this time. Everybody knows mostarda is Italian, not Russian… He’s gonna spin us a yarn that Russia is Italian at heart because there’s a town in Russia called Tolyatti (named after Palmiro Togliatti, the longest-serving secretary of the Italian Communist Party).”

Well, mostarda may be Italian, but… Mustard in itself is Russian enough. According to Russian Wikipedia, the first mention of mustard in Russia appeared in 1781 in the work of agriculturist Andrey Bolotov, “О битье горчичного масла и о полезности оного” [“On Pressing mustard oil and its utility”]. Shortly after, in the Volga region, the first mustard flour was produced from a local variety of mustard. In the early 19th century, the introduction of steam-powered equipment began the industrial production of yellow mustard and mustard oil. Nowadays, Russian mustard is a condiment with its own identity, similar to but slightly different from its French and German cousins.

Even the most traditional Italian mostarda fruits, such as apricot, cherry, and apple, are all found in Russia too. But for today, I want to make a condiment that’s not too sweet and that includes those pearl onions that I would probably eat with pork rillettes. So here’s the first mostarda made with apples, onions, and raisins — and maybe next time I’ll try adding some tomatoes as well.

With the holidays coming, this makes a great appetizer for a festive meal. Want to be dramatic? Boil a whole king crab, empty the body, fill it with crab rillettes, and serve it with the legs still attached! 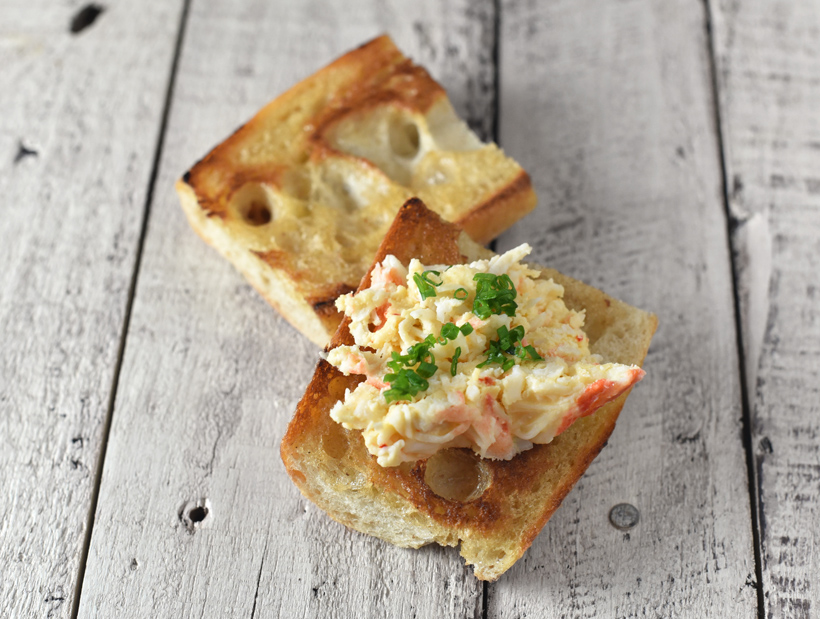 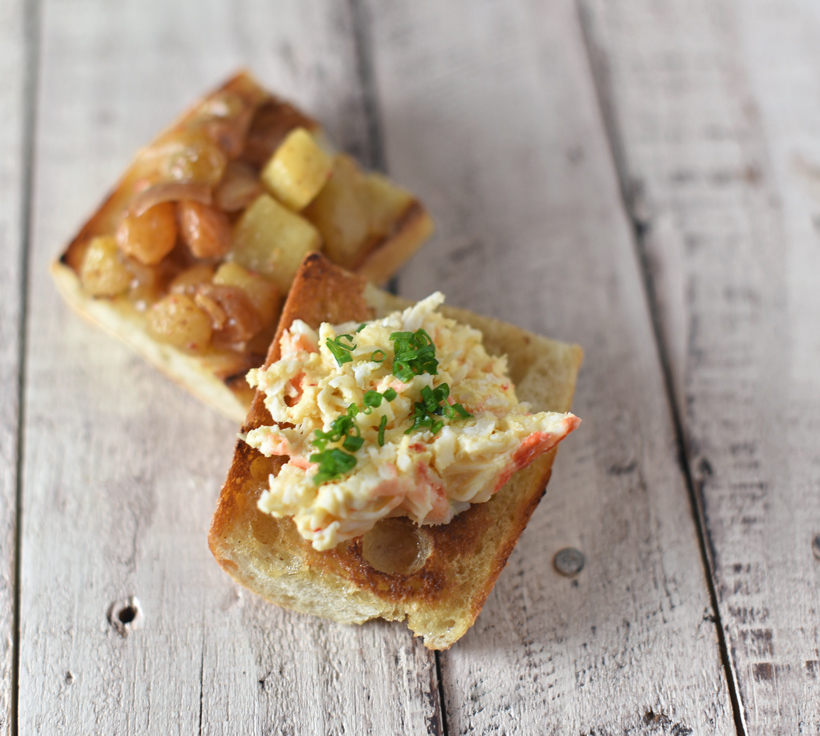