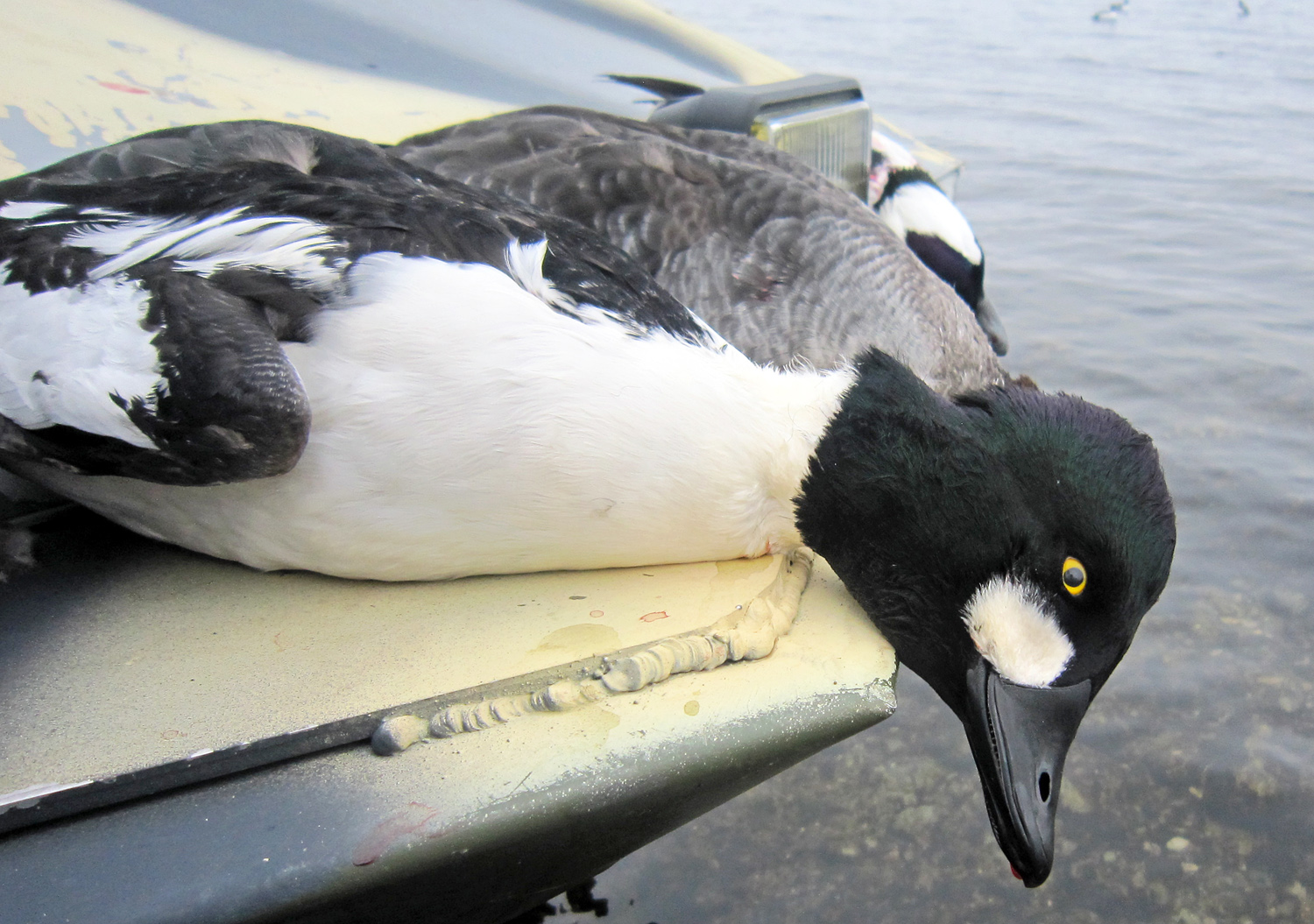 Back in early December, I went to Lake Ontario for my first duck hunt with Outdoorsman Bill. This may sound like a long trip for a few small birds. After all, there are dozens of Canada geese pooping all over the lawns as nearby as Westchester. Lake Ontario, however, sees a lot of waterfowl species, and in larger amounts. Plus, shotguns aren’t allowed in Westchester (believe me, I checked). Anyway, back to Bill. Not content just hunting ducks, Bill runs a small fleet of charter boats, guides on hard water, and owns a lodge across the marina. If you’re looking for him at the inn’s restaurant, the bartender will point at the live band. While most of the other hunters are sleeping off a long day outdoors before waking up at 4 am to do it again the next day, Bill plays live music at night.

I don’t know how much credit goes to Bill and how much is just inherent to duck hunting, but I definitely saw a lot of action during the 6 hours or so we spent on the water. We got to our spot on the lake by boat before dawn, and spread our decoys — duck hunting involves lots of decoys, enough to create a whole flock that the passing birds will want to join. 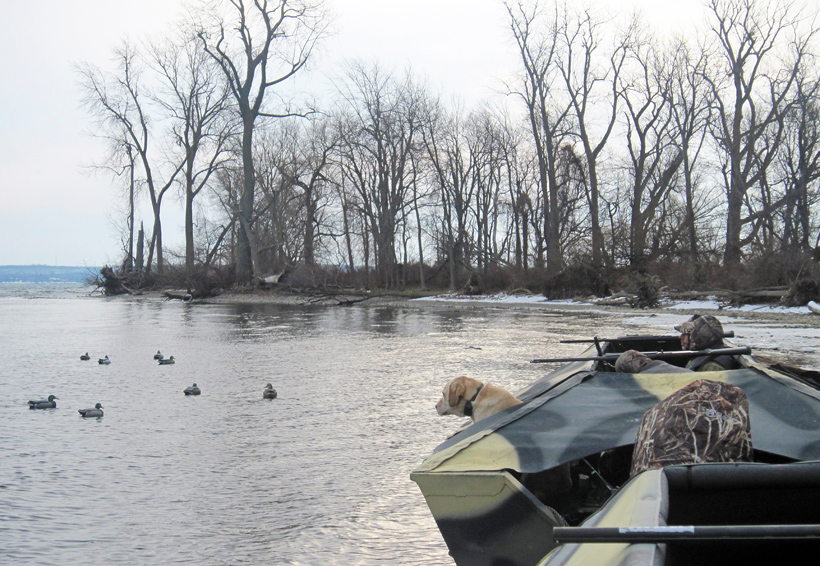 Whenever a duck came into sight, Bill would call it, and more often than not, the bird (or birds) would start flying towards us. As soon as our quarry got close enough, Bill would scream “Kill it!”. What followed resembled how I imagine trench wars in centuries past: everybody quickly got up and emptied their shotguns in a split second while try to take a decent aim at the birds. I have to confess that the first time, I hadn’t even pulled the trigger once before it was already all over! I picked up the pace quickly though, and I want to believe I hit a few birds — since everyone shoots at the same time, it can be hard to tell.

We ended up with a dozen ducks for six hunters, which Bill called a slow day. Back at the inn, as we started cleaning the birds, I found out that in the interest of time, the guide just removed the breasts and discarded the rest of the carcass. Even if wild duck legs are a lot skinnier than their farmed counterparts, I felt there was enough meat to do something interesting if I scavenged the legs from all the carcasses, which prompted Bill to sing a tune about “Florian the Leg Man from Harlem”. To make my day complete, he even threw in a couple of Canada geese he’d killed the day before. 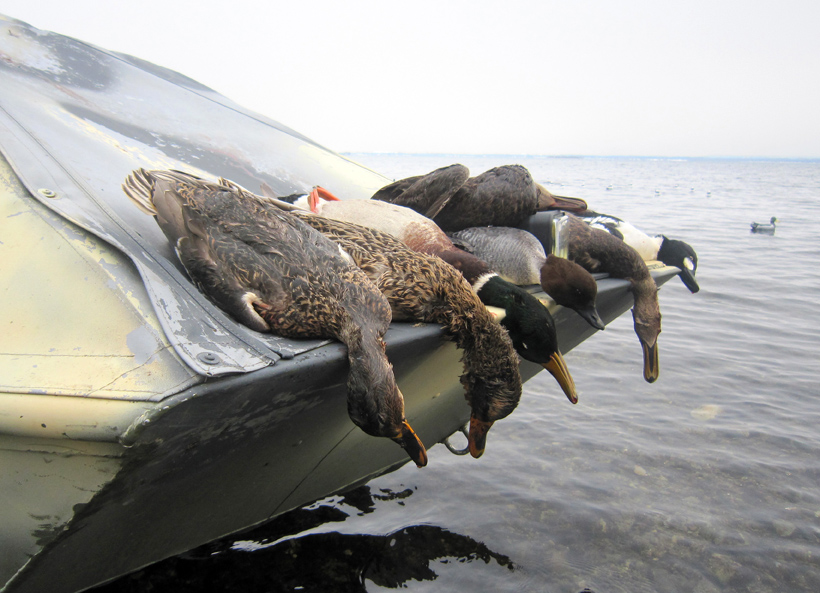 As you can imagine, a wild duck leg isn’t something you would just grill like an industrial chicken drumstick. It’s tough. It’s tiny. The legs from Canada geese are a lot bigger but even tougher. What you need is a recipe that calls for long, slow cooking, and preferably shredding the meat into small pieces to get something even more tender. This is exactly what rillettes require. I’ve already blogged about wild pheasant rillettes and guinea hen rillettes, so this recipe should look familiar. The main difference resides in my choosing a different, more Central-European spice mix.

The New York State Department of Health issues the following advisory about waterfowl:

If you imagined that killing your own duckies would give you access to healthier food, think again 🙂 It does make for very flavorful meat, though, which in my opinion justifies the endeavor. What this means to us right now is that we’ll need to skin our duck and goose legs, and use rendered fat from farmed ducks (which can be purchased here). 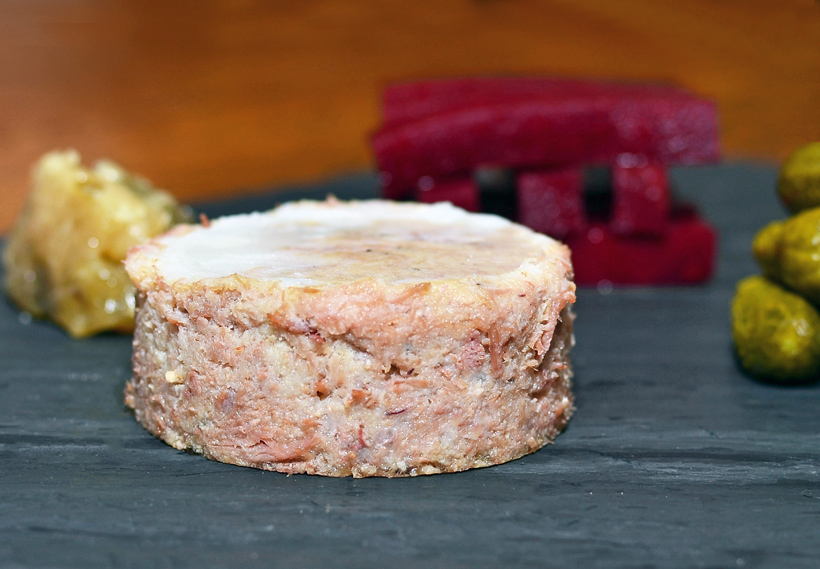 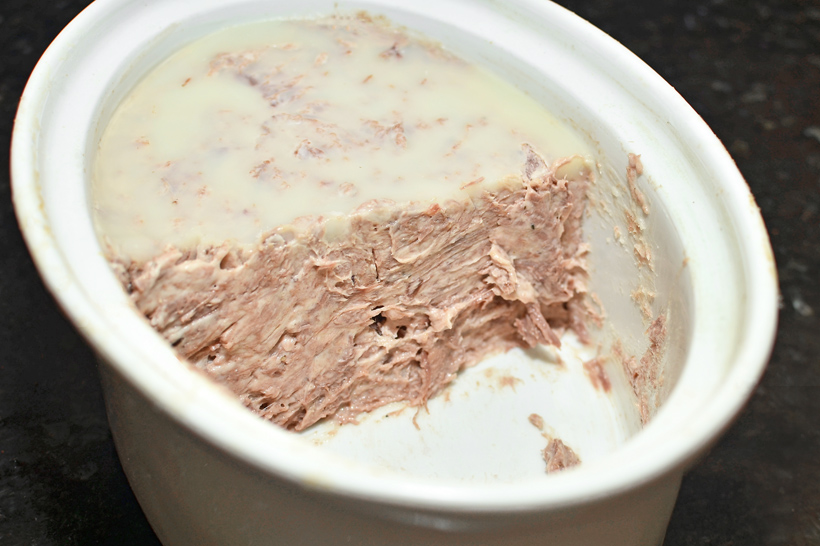 Love these..next geese and ducks and gonna be turned into this.. Thanks!! Take a look at my sausages also? http://cookingwithmrfitz.com/?s=canadian+geese&x=0&y=0