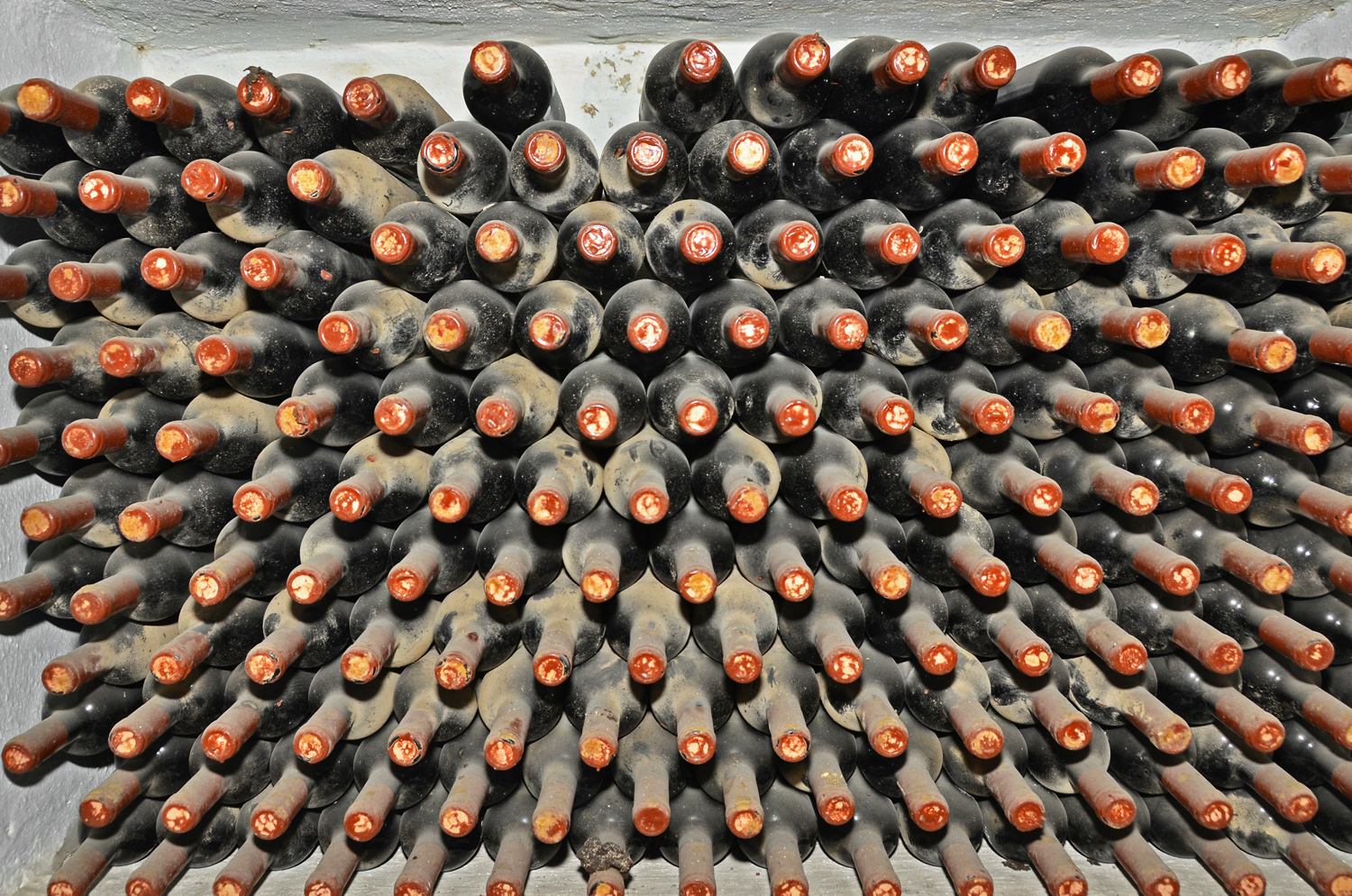 In my last post, I started reviewing the wine caves of Moldova. There are many other wineries in the country, and Sommelier‘s 2011 article here gives an optimistic but good overview of the rising stars (you’ll notice that Cricova is the only “cave” winery mentioned). Purcari, in particular, produces a few reds worth tasting. But trying these wines outside of Moldova might be a challenge. Despite what the article says, I can hardly find any importer or retailer. Even Russians are out of luck, since the government, in another demonstration of its carrot-and stick-approach, has decided once again to ban the import of Moldovan wine. Anyway, back to the wine caves… 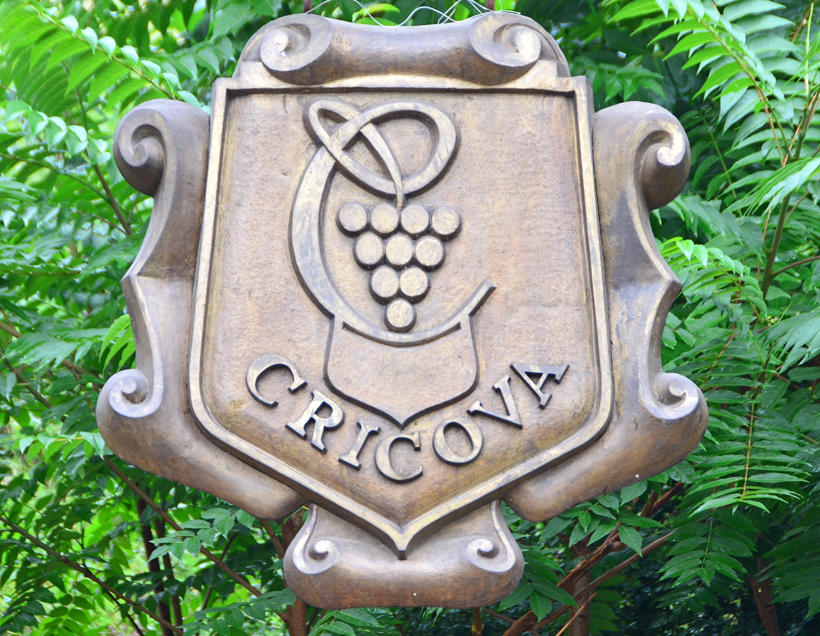 Founded in 1952, Cricova is certainly the most famous winery in Moldova. It’s a former Soviet icon that managed a fairly successful conversion to the market economy and modern winemaking. Legend has it that Yuri Gagarin spent two whole days wining in their cellars back in 1966. More recently, Vladimir Putin, who has his own private collection in the cellars, celebrated his 50th birthday there. It’s so famous that it appears on multiple postage stamps. The video below gives a good introduction (and it’s in English!):

A visit to Cricova is more comprehensive than in some other places. You start on one of those ridiculous little trains for tourists, unless the train’s full and you have to follow with your own car. You will see some barrels and bottles that actually contain wine, and you’ll even catch glimpses of a bottling line. But it’s still pretty detached from the real production process: even with the VIP tour, you won’t be seeing vineyards or looking at the pressing and fermenting facilities — the main attraction remains the cave. 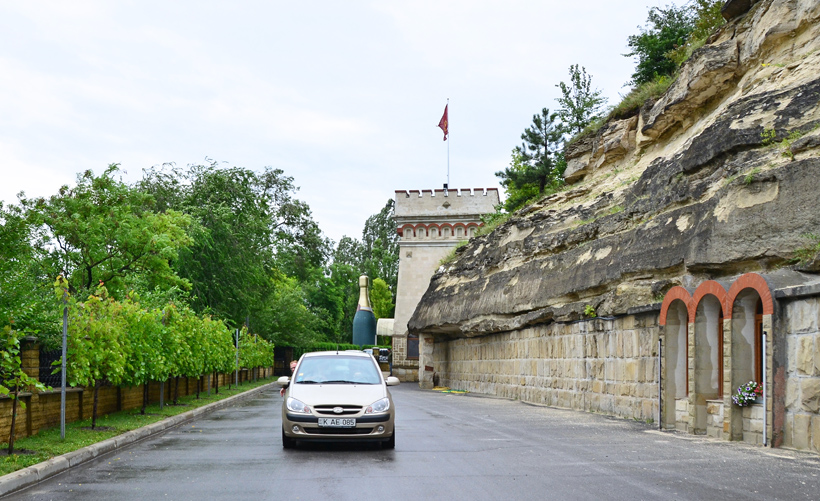 As in Mileştii Mici, some of the cave’s “streets” are named after wine varietals. The caves here are only 40 miles long, and contain only 1.2 million bottles. Losers. 🙂 For any amateurs to the world of billionaire’s vinegar, there are many bottles from European regions dating from the first half of the 20th century. I admit I’m not a true collector and don’t know everything, but I must say I’m a little perplexed by the supposed high value of bottles that bear no label and no distinctive mark other than their shape, and were stored in locations unknown for one or more decades (including during the war) before reaching Cricova.

Like many Moldovan wineries, Cricova does it all. They just do a little bit more. Their nearly 20 offerings cover sparkling, still, white, rosé, and red. The emphasis is on the famous French varietals, such as Sauvignon Blanc, Chardonnay, Pinot Noir, Cabernet Sauvignon, and Merlot.

This being the most prestigious winery in Moldova, we decided to splurge and take the Prestige Tour. In addition to enough food to feed the whole Moldovan Communist Party (more on this another time), this included a tasting of seven different wines. Most of them belonged to the “Prestige Collection” (hence the name of the tour, one might assume), and were clearly a step above the wines at all of the other wineries we visited. In Moldova, Prestige also remains an affordable commodity: about $7.50 a bottle. 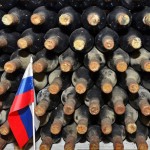 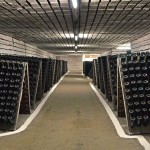 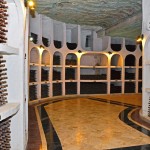 There was a 2009 Sauvignon Blanc with citrus and floral notes, and a 2011 rosé with a nose of berries that actually beat most of what comes out of Provence. The 2008 Dionis, a blend of Pinot Noir and Cabernet Sauvignon aged 2 years in oak, reminded me of raspberries, while the 2007 Codru, made of Cabernet and Merlot and aged 3 years in oak, leaned towards blackcurrant. None of these wines were particularly distinctive or complex, but they were good and well-made. We then tried a 1993 Codru that was too old as expected, and moved on to the sparklers, Cricova’s pride. The Brut Méthode Champenoise was nothing special, with really tiny bubbles (I guess they read the memo that said small bubbles = good Champagne), but not a lot of them. The Brut Rosé de Cricova tasted better, with similar bubbles and strawberry notes.

If you want to be a perfect tourist, you can leave the cave with a souvenir pack consisting of “a bottle of classical sparkling wine and a bottle of red wine in a special box”.

This winery wasn’t on our original itinerary, but we saw a billboard advertisement for it on our way to the Orheiul Vechi monastery. I would almost recommend you skip the latter and just go to the winery — you won’t miss much. (On the other hand, since the monastery is just about the only cultural attraction in Moldova outside of the capital and the Soroca fortress, you might as well go for a quick look.) 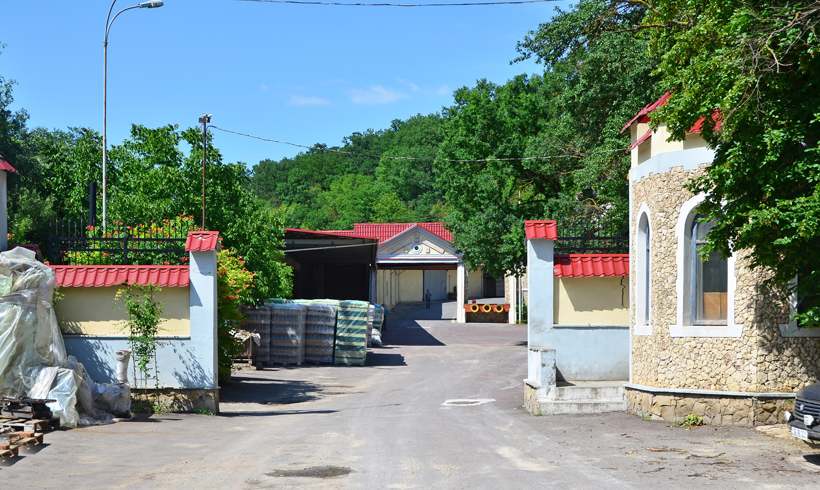 At first you might think Brăneşti is not too unlike any other winery, though a bit less organized. The guard naps at the entrance, there are cases of empty bottles scattered all over the property, and you can walk around with “tourist” written on your forehead without anybody paying much attention. Had we wanted to, we probably could have explored the caves all by ourselves only to exit two days later, à la Gagarin.

Be patient. It may take half an hour for a guide to show up, and another half an hour for him to “open the gates”. Not so much physical gates, mind you, but the Gates of Hell: as you walk down into the bowels of the mountain, you immerse yourself in a 30 mile universe of indescribable horror. If anybody out there is scouting locations for a third installment of The Descent, I recommend Brăneşti. And many other horror sub-genres might be interested by the location, too. Here are some plot suggestions: Dracula. Vlad the Impaler’s alcoholic Moldovan cousin vs the Bolsheviks. Note that the chandeliers above the staircase are made with wine bottles. 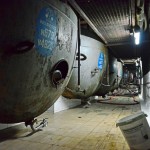 Re-Animator. Herbert West gets hired by the Soviets in an abandoned scary structure where weird experiments are going on. His mission: re-animate Stalin. 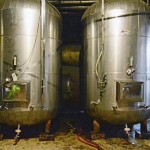 Hostel. I’m starting to see through their scheme: no web site, no youtube video. Just a little billboard to attract lost tourists and feed an international organ trafficking ring, no doubt. How many bodies have they hidden in these so-called wine tanks?

Okay, in all seriousness, back to the wine…

Believe me, it’s just as scary. From what I understood, Brăneşti doesn’t make wine. It arrives in trucks, gets sucked into tubes, and then goes to tanks and bottles. Some of the tanks, which look a lot like the scary ones above, are Soviet wonders that make sparkling wine in an accelerated fashion, without all that petit-bourgeois Méthode Champenoise fuss.

Brăneşti also does a little bit of the traditional method, although they don’t seem to turn those bottles more than once a decade, and the room is so filthy I think I’d choose the Soviet version by default. What you can’t know from looking at the pictures is that this particular cellar mold smells like feces — not an admirable distinction. 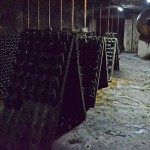 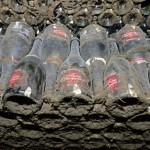 We tried only one wine, the semi-sweet Soviet sparkler, sold for somewhere between one and two dollars. On a warm summer afternoon, served chilled in the cool of the tasting room, I dare say it beats a Coke on a crowded café terrace.

So what should you take from my little tour of Moldova’s wine caves? First of all, don’t listen to the wineries’ sales pitch: the old stuff is generally not worth it. They have millions of bottles, so of course they’re trying to sell them before they’re completely undrinkable — it’s unlikely to become collectors’ wine! I would actually recommend that they sell bottles by the yard to interior decorators, like used books. A wall of bottles filled with colored water is cute, but a wall made of 30-year-old wine is more imposing!

The more recent production includes table wines ranging from boring to pleasant. It doesn’t justify taking a plane all the way to Moldova. If you’re really dying to try it, this web site seems to be willing to deliver worldwide.

Then there are the sparkling wines. Forget about the Méthode Champenoise B.S. If your goal is to buy an overpriced sparkler, just buy a real Champagne. Otherwise, I’ve always found that there is something quite commendable about selling a shampanskoye for the price of soda (or less). The wine is generally perfectly drinkable and more pleasant than beer in my opinion (not to mention stronger, if higher alcohol proof appeals to you). You can sip it all day long, or even bathe in it, without worrying about how you’ll pay the rent. And this, comrades, is true communism. 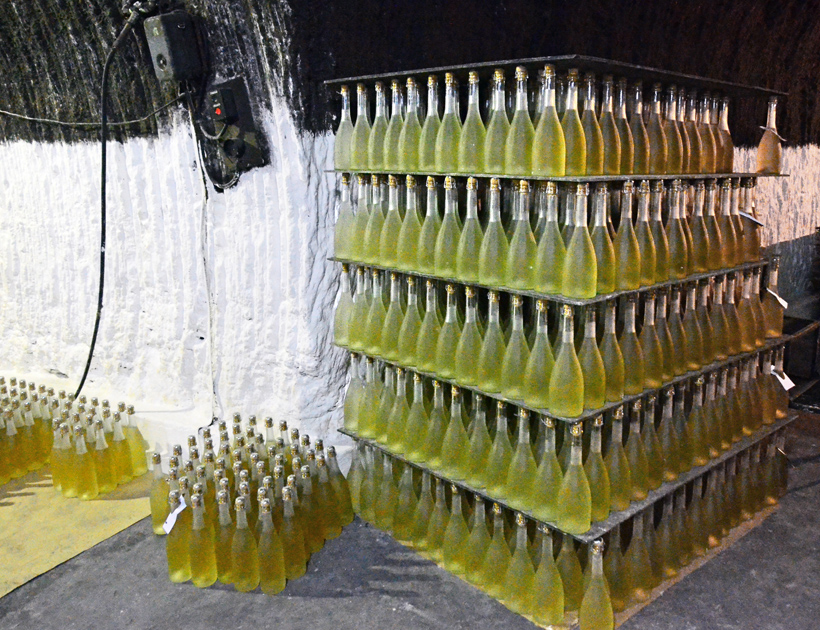 Vepřo-Knedlo-Zelo, a Czech Classic with a Twist

[…] my previous posts (here and here), I’ve talked about the good, the bad, and the ugly in Moldovan winemaking — probably with […]