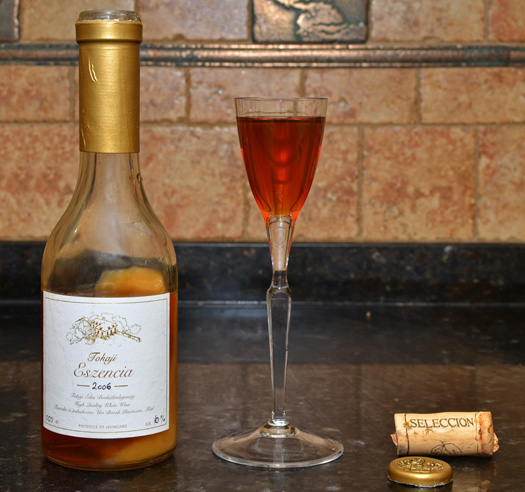 First of all, Tokaji Eszencia is a very peculiar kind of wine. In fact, it’s hardly a wine at all, since its sugar level is so high that it greatly impairs fermentation — a  high-alcohol eszencia barely rises to 5-6%, and only after several years. This sweet nectar is simply the juice of botrytized (aszú) berries that runs off from the vats in which they are collected. Its sugar concentration exceeds 500 grams per liter, which makes it difficult to drink in large amounts, as it coats your throat with the same intense sensation you feel when drinking, say, syrup (if you happen to drink maple syrup). It’s unfortunately not visible in photos, but it also looks quite viscous in the glass. 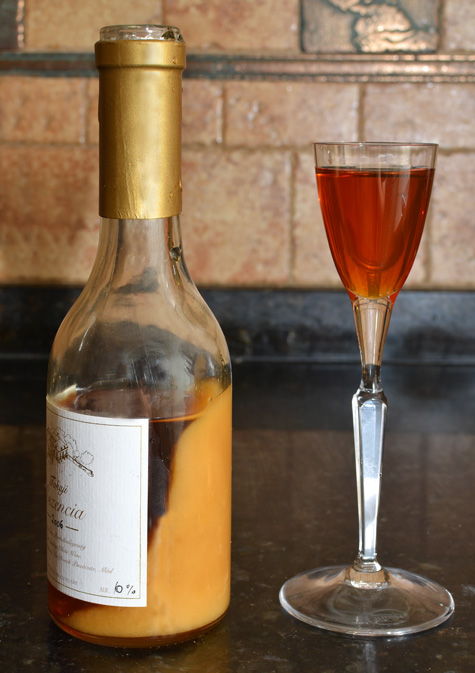 I talked about Úri Borok in one of my recent posts. Vince Gergely’s Eszencia 2006 is rather extreme. For a start, it didn’t ferment at all! The very artisanal label, which was filled out and glued on by hand in front of me, reads 0% alcohol. Then, it was so sweet that some of it crystallized inside the bottle. Depending on whether you’re a bottle-half-empty or bottle-half-full person, you could say I got ripped off for paying full price for half the expected liquid content, or you could see an opportunity. Forget Serendipity 3’s $1000 Golden Opulence Sundae, which any moron could replicate for a fraction of the price, imagine the possibilities of the crystallized Tokaji Eszencia dessert! Not only have I never seen any other crystallized Eszencia, I’m also pretty sure this one is sold out. Of course, you could cheat and use an evaporator, but you would still end up with the most exclusive dessert in the world (“exclusive” being a sanctimonious way to say crazy expensive).

As for the tasting impressions, the lack of alcohol makes the nose very intense, with aromas of apricot preserves and sultanas. The taste is just as strong, and it’s a good idea to take a very little sip and let it roll around in your mouth with some saliva, perhaps while contemplating that $10,000 dessert you could make with the (literally) residual sugar. 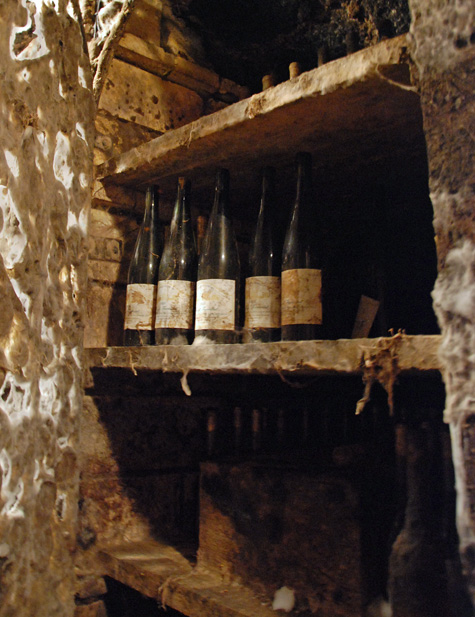 I’m pretty sure I have a bottle of the 2000 Eszencia, but I’m keeping it for another occasion.