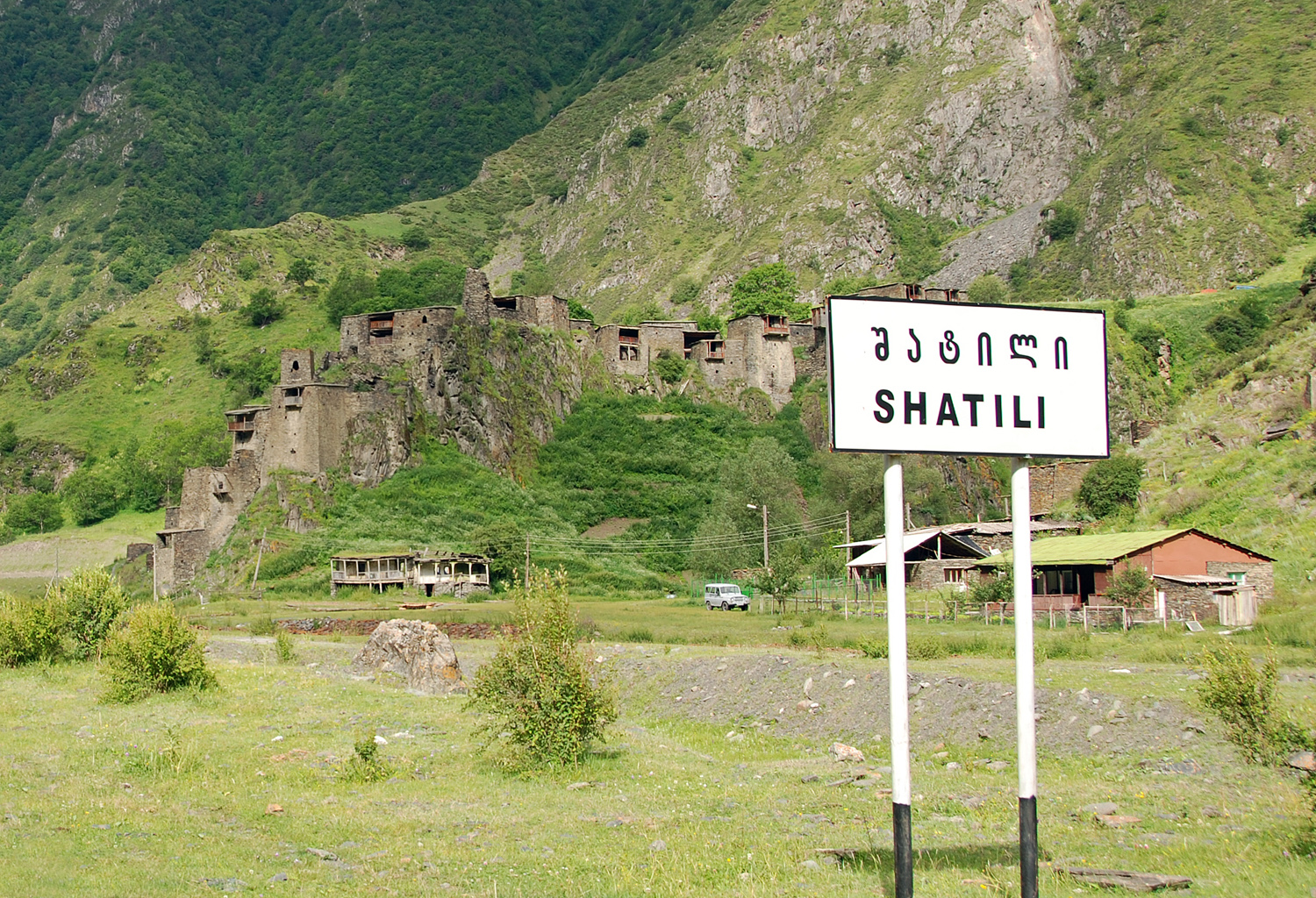 True adventure in the Caucasus generally begins with trips to the mountainous regions. A combination of civil war, earthquake, rude climate and long neglect means that the roads are in dismal condition. Luckily, recent government efforts have taken the bandits out of the way and nowadays you can be confident that you will arrive at your destination alive and with your car and other possessions (unless you fall in a ditch, of course).

Actually, if you speak a little bit of Russian (or Georgian) and see people hitch-hiking, I recommend that you pick them up. They can entertain you with their war stories or help you find that remote “touristic” attraction you’ve been looking for in the middle of nowhere. They’ll tell you about the happening local places — like this guy who gathers with his friends by a cross perched on top of a hill a good 10 miles away from town. Sometimes they can even give a nod to the fence-keeper / customs officer, who’s hardly seen any tourist since he took his position in 1990, doesn’t really know what to do with you and could send you back the way you came, causing a 12-hour detour.

Today’s trip takes us to Shatili, a small village only a few miles away from the Chechen border, famous for its fortified dwellings built between the 7th and 13th centuries.

To get there, we rented a Lada Niva SUV. This is a car built with Soviet roads in mind: it has a high clearance and a small form factor, and it’s easy to repair (not that I know anything about mechanics, but I can reasonably expect to find someone who does). It’s also half the price of the next cheapest SUV. It does have some issues, though, and lack of comfort is the least of them. The tank is pretty small, and there are no gas stations once you leave the main road. The gauge keeps swinging in the slopes, so you never know how much gas you have left. The gear box is fragile, and you often find yourself holding the gear stick with one hand while navigating a hairpin turn with the other. Our model also suffered from a scary design problem that caused gas to back up into the car salon when the tank was too full, leaving a puddle of oil at our feet!

At the start of our journey, we stopped at a restaurant by the road along the Aragvi River, with tables scattered under trees in the courtyard. This was a very typical Georgian meal, pretty much the same as we had every day. The appetizers consisted of a tomato, cucumber and onion salad, and possibly eggplants stuffed with walnuts. Next came shashlyks of pork, veal or lamb, served with the ubiquitous Tkemali, a spicy and tart plum sauce used a little bit like ketchup in America. And of course we had to order a khachapuri, the very addictive Georgian cheese bread. The meal was washed down with local sparkling water and home-made white wine.

The first half of the route, from the Zhinvali Reservoir to Barisakho, was pretty uneventful. Things got a lot more interesting as a we started climbing to the Datvis-Jvari Pass, culminating at 2,676 meters. The pot-holed road turned into a dirt track often cut by rainwater streams and fallen rocks, or blocked by cows, horses or sheep.

We arrived to breathtaking Shatili after a 4-hour drive. I think we saw only two cars during the whole trip.

The village is a conglomeration of about 50 high defensive towers and ancient, balconied houses that were occupied until the 60’s. New houses were built around the hill in the 70’s and 80’s. You should have no problem negotiating nightly accommodations with the locals. We were welcomed by two teenagers who knew a few words of Russian and English, and gave us a tour of the towers. They offered us a room with a sink that had cold water running in straight from the river, and a dinner of potatoes, brynza (a feta-like cheese), yogurt, and honey, with a delicious herbal tea made from local plants.

Although we drove back to the capital the next day, one of my maps shows a dotted route leading eastward to more towers, followed by the Atsunda Pass at 3,431 meters. If you’ve been there, let me know!

Here is my plum sauce recipe for the next time you make kebabs on the barbecue:

[…] khachapuri. And this is pretty much it! Sure, there are a few homemade salads, grocery items like tkemali, adjika or pickled walnuts, sodas, and Georgian-style cheeses — all things that you can find in […]