First up, Skovorodka in Brighton Beach: 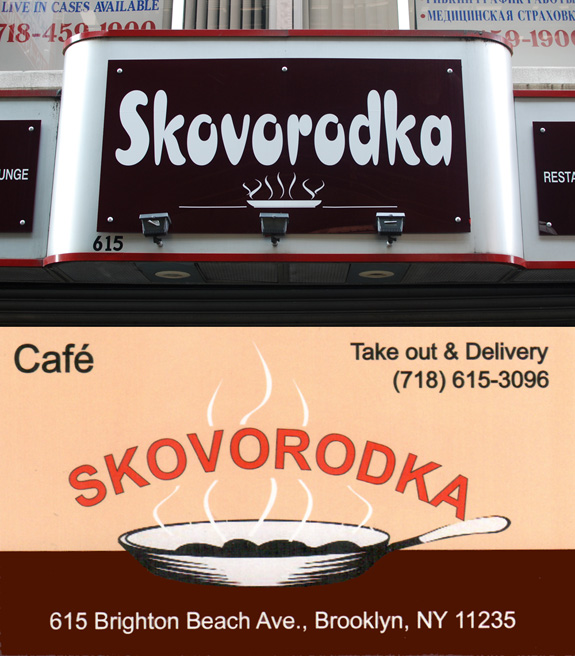 Conveniently located by the B and Q trains, Skovorodka, which means frying pan in Russian, looks fairly nondescript from the outside. Inside, it delivers the kind of kitsch one would expect from the restaurants in the neighborhood, minus the floor show: dark blue water glasses, frying-pan-shaped menus, more of the eponymous vessels hanging above the bar, and a lovely anniversary poster: 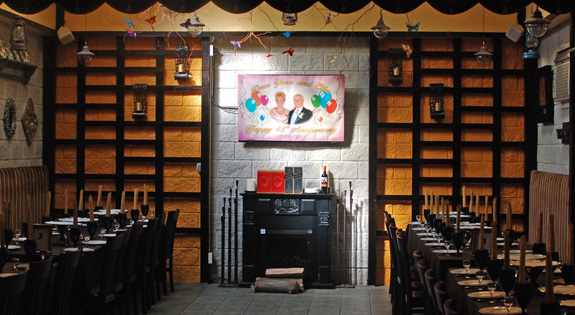 But it’s really the food we came for. The lengthy menu covers pretty much all the dishes a local would expect from a Russian restaurant, along with some classic Ukrainian and Caucasian dishes. 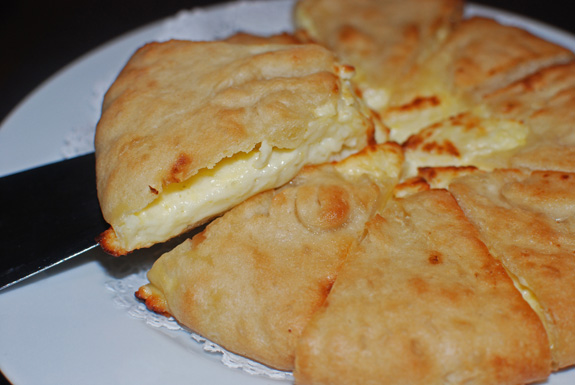 We started lunch with a khachapuri, a Georgian cheese-filled bread large enough for two. It had the delicious fresh taste of bread baked to order, and the generous cheese mixture was close enough to some of the renditions I tasted in Georgia. 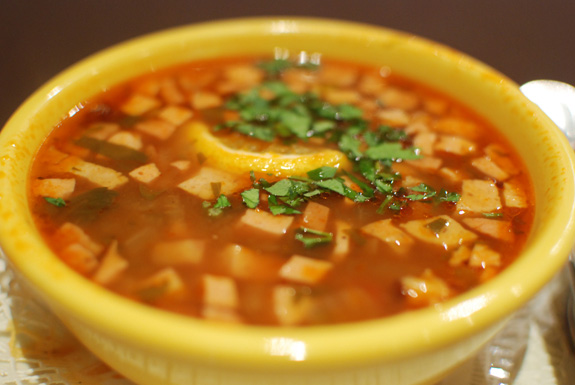 Then came a solyanka, a mildly spicy and sour soup made with smoked ham and olives. It was alright without being memorable, and didn’t taste like it was made with fresh ingredients. 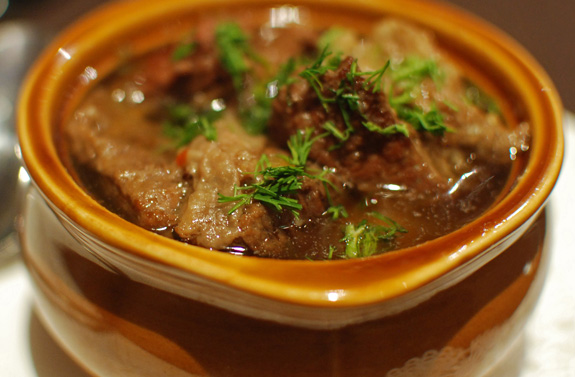 My main dish was a zharkoye. Although it was called goulash on the English menu for some reason, this is really a Russian stew cooked in a small earthenware pot. The stew was composed of very soft beef chunks and potatoes in a pleasantly greasy but slightly over-salted broth. 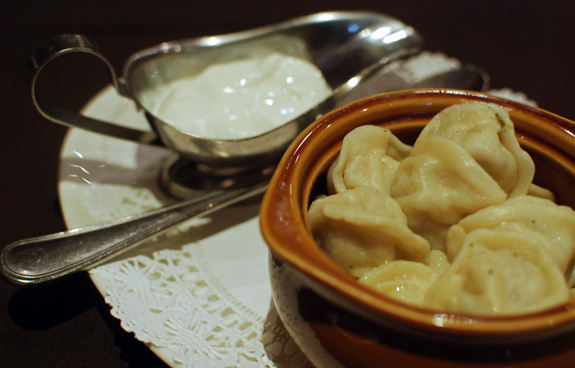 We also ordered pelmeni, Siberian meat dumplings with sour cream. Usually served in broth, these didn’t have much liquid but we didn’t mind. The filling, typically a blend of pork and beef, was light and juicy.

All in all, the fairly tasty, well-priced food makes this place a good choice if you plan to spend the afternoon in Brighton Beach or Coney Island. Service was pretty fast, but then, we were the only customers at the time of our visit… I would imagine there is more animation during dinner time. Like the party for Yura and Ella’s 45th anniversary for example.

And since no review would be complete without some kind of rating:
Cuisine: Russian
Food: 6/10
I tend to think that all sins can be forgiven if the food is good, so I won’t provide ratings for the decor or service.

I think if you are a bitch american you will never understand the olive thing with the dishes this can only be understood by a Russian so your opinions are not necessary in this review !!!!!

Well said, Vladimar, aka gypsyking727! A couple comments:
1. I have both French and American citizenship, so let me know if I qualify as a “bitch american”.
2. The US and France both produce more olives than Russia, which apparently produces so little that I couldn’t find any data about it. Check out this map. I’d love to hear more about the origins of Russia’s deep understanding of the glorious olive.