Labor Day this year was off to a bad start, the over-dramatized arrival of Hurricane Hermine forcing us to change our long-standing vacation plans at the last minute from a lazy weekend at a Maryland beach to something further inland, like Cayuga Lake in Western New York. The inconvenience proved to be worth it, though. Firstly, the weather was beautiful up there. Then, while Maryland isn’t known for its wine (only its one wine critic), the Finger Lakes are, and I got to try McGregor Vineyard‘s wines made of Eastern European Saperavi, Sereksiya, and Rkatsiteli varietals. And lastly, I went fishing with Captain John.

I’ve been fishing with John for years now — in fact, he guided me on my first-ever fishing trip. This time, we launched from Long Point State Park on the eastern shore of Cayuga Lake, very close to Ithaca. We focused on lake trout all day, and we had some good action: six fish landed, running from 23″ to 29″, and a few sunburned pictures to prove it. Four of those (fish, not pictures) went home with me, so it’s time to get cooking! 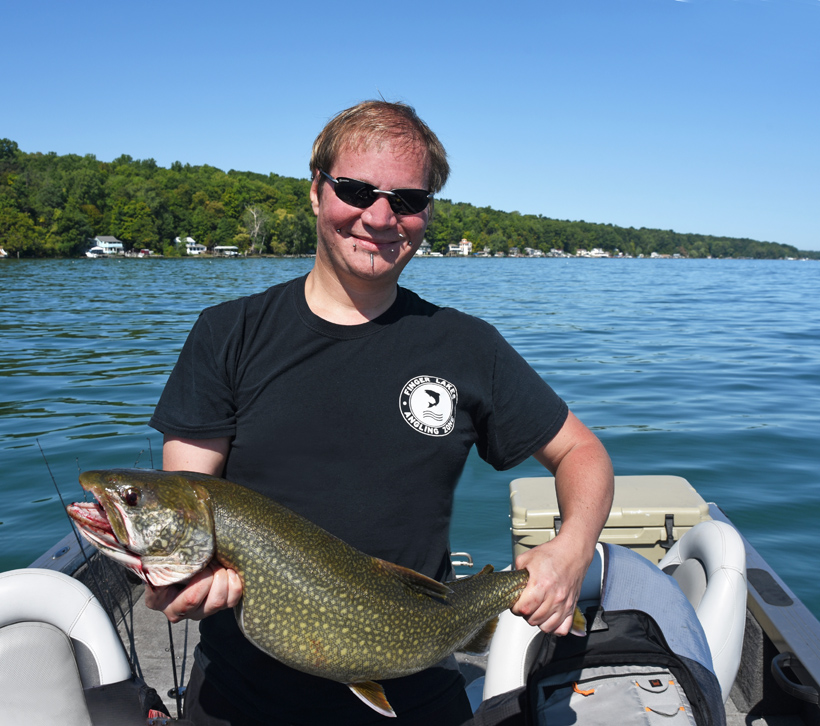 This gave me an excuse to redo some of my existing lake trout recipes, and take better pictures for my Throwback Thursdays on Facebook. You can admire some of the results by revisiting the Salmon Coulibiac, Cured Lake Trout Roe, and Vodka-Cured Lake Trout. In fact, I ended up with so much trout roe that I had to look for other ways to prepare it, and I’ve started working on a bottarga recipe (which, unfortunately, requires more work).

Today’s recipe uses several of those cured trout preparations, albeit in small amounts. The main attraction is a potato cream soup with a poached egg, and if I tried to use my whole stock of lake trout this way, I’d probably be able to feed a few hundred people. The idea is inspired once again by Culinaire Saisonnier magazine. While slowly catching up with my pile of back issues, I came across Nadia Santini‘s crema di patate con uovo pochè, caviale e bottarga di tonno, which she serves at her restaurant Dal Pescatore in northern Italy. And though I wouldn’t go so far as saying that Eastern Europe starts in Lombardy, it seems to me that by changing a few things, and maybe turning a blind eye to the olive oil, we get a dish that could easily appear on the table of a restaurant several hundred kilometers further east. I will just be careful not to pinpoint any precise location on a map, and to stay on the theme of Italy’s relationship with its oriental neighbors. (I could also point out that it’s quite unfair that Saint Petersburg is sometimes called the Venice of North, yet nobody refers to Venice as the Saint Petersburg of the South.)

The recipe is almost shockingly simple. No siphon required, for once. It calls for a piping bag to top the croutons with whipped ricotta (which by the way could be reformulated to include tvorog), but they’ll taste just as good if you use a teaspoon. And if you’ve read Kenji López-Alt‘s The Food Lab, egg poaching will hold no secret for you. As much as I’d love for you to try my trout recipes, you can substitute with store-bought equivalents just this once, replacing the vodka-cured trout with smoked salmon, the trout roe with salmon roe, and the trout-bottarga-whose-recipe-I-haven’t-published-yet with “regular” bottarga of grey mullet or bluefin tuna. 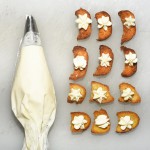 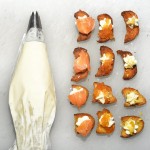 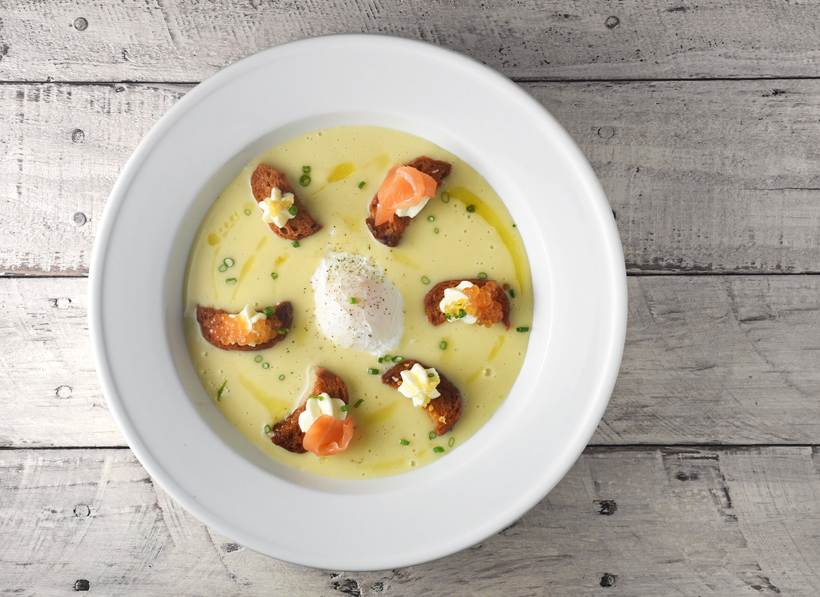