As a big fan of game meat, I find it very frustrating that the only game meat that can be sold in the United States — and therefore the only kind that the vast majority of people ever gets to eat — is farmed and not wild. This goes against the very definition of the word game!!!

The problem is not just semantic. First, your selection is somewhat limited: deer and boar are the most widespread, and the cuts available are nowhere near as diverse as for beef and pork. Then there’s geographic origin: in times when foodies swear by local ingredients, in a country where people regularly see deer in their backyards, venison is commonly imported from New Zealand.

Most importantly, there’s the problem of taste. Farmed venison tastes only vaguely gamy, and I dare anyone to tell the difference between farmed rabbit and a good chicken in a blind tasting. Anybody who had a chance to eat real wild game will tell you this is not how it tastes.

All of this led me to get my hunting license in September, before the beginning of the season. The process isn’t very different from taking a defensive driving course: instead of telling you to fasten your seatbelt and look at the road, they tell you to wear a harness in your treestand and look at your target before shooting.

The New York Department of Environmental Conservation maintains a list of available classes. You have the choice between 3 classes: hunter (meaning, using a firearm), bow hunter, or trapper. (In case you’re wondering, spear hunting is not allowed in New York State.) Believe it or not, there are even a few classes in New York City, although not in Manhattan. I ended up choosing a class at the Southern Dutchess and Putnam Sportsman Association, where the 12-hour course was conveniently packed into 2 sessions on Friday night and Saturday. Just like the driving course, you can finish earlier if you actively participate, and the final test is simple enough that our instructor told us nobody has ever failed it. My 12-year old classmates and I even had enough time to rush out to get our licenses the same day. Here’s mine: 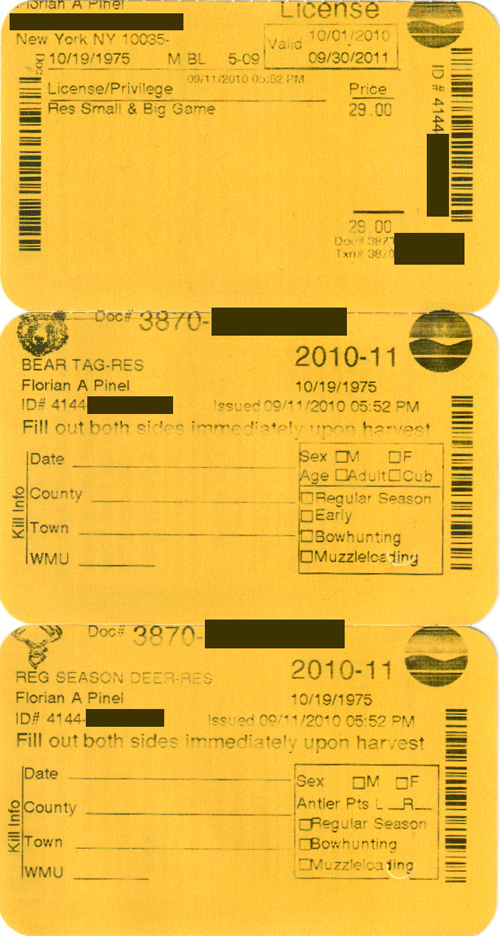 For a mere $29, I am now allowed to kill one bear and one deer per season, plus as many coyotes, snowshoe hares and other cottontail rabbits as I can get my aim on.

Oh wait, did I tell you I’d never before touched a firearm in my life?

Nothing to worry about. There’s a shooting range in Manhattan, in a basement next to a strip joint — the Westside Rifle & Pistol Range. 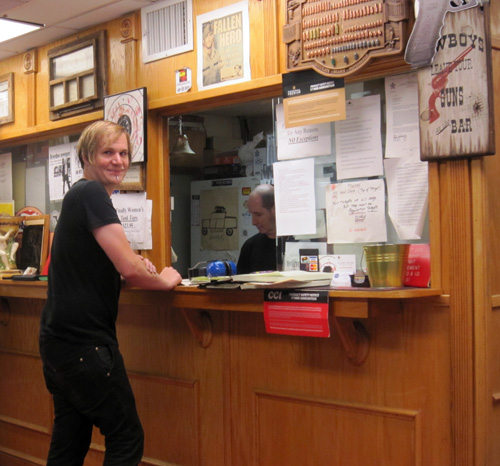 After a background check and a brief instruction session, you can “experience the excitement of firing a .22 caliber rifle.” A 3-month membership is available for a very reasonable price. Here I am, shooting at my deer targets while NYPD officers are a few feet away, practicing with pistols and revolvers ten times noisier than my little .22 rifle: 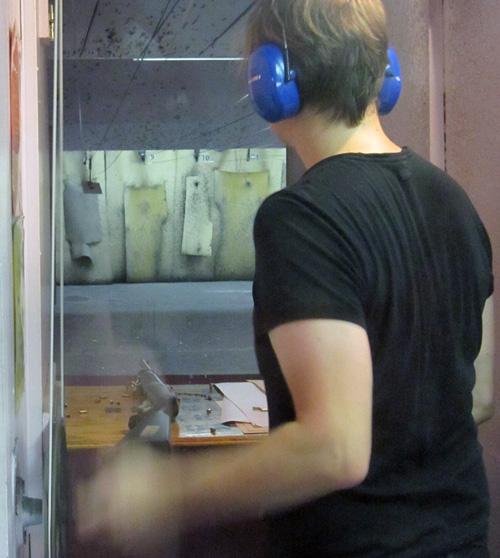 Looks like I might even be able to kill a deer if I see one close enough: 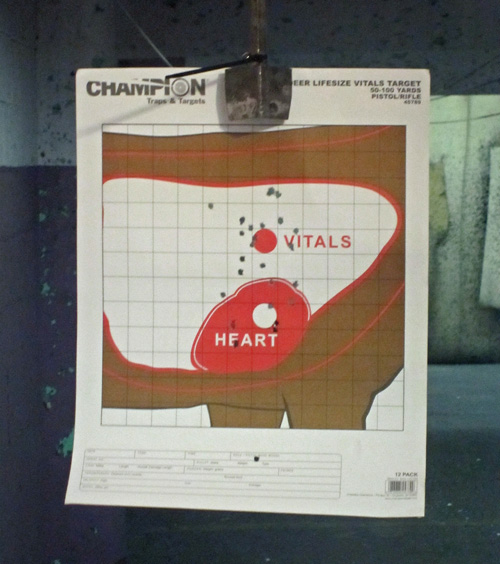 Roasted Rack of Venison in Cider Sauce… and...