Just as I did for beshbarmak, I’d like to interrupt my Tajik Adventures series to give a little bit of background about my recent horse steak post. So let’s head to Almaty, the former capital of the former Kazakhstan Social Socialist Republic.

And let’s start with a former Soviet landmark, Café Ldinka. I say former, because it burned down in 2012. The original place was a circular structure built in the 1950s as a perfume store, then converted in the 1970s into an ice cream parlor cum café — hence the name, which means icicle in Russian. The new joint quickly became an artists’ hangout. Instead of proletarian vodka, the menu featured coffee, wine, and Armenian brandy (the latter giving a more elegant aura to the place, suitable for intellectual discussions and romantic evenings, while still delivering the same alcohol proof as Russia’s favorite spirit). In the ice cream department, plombir was the house specialty, and it made the perfect accompaniment for a glass of brandy. 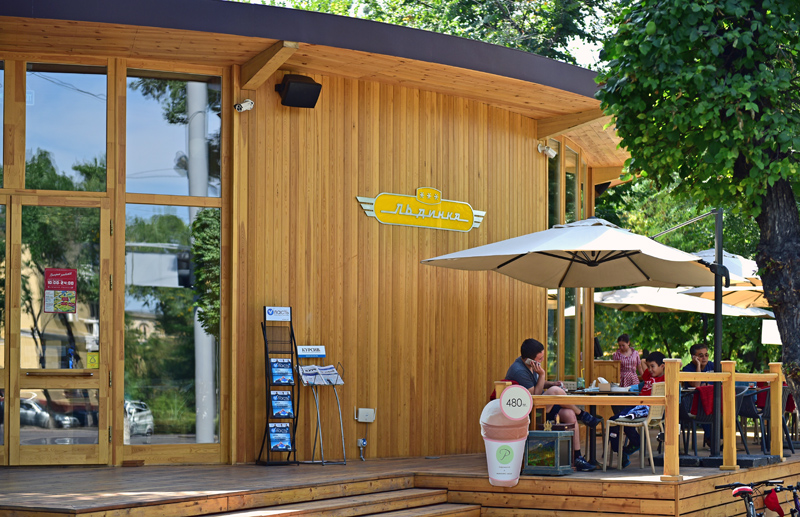 This is all well and good, but what does boozy ice cream have to do with horse steak? Until 2012, nothing at all. Then, the aforementioned fire brought a lot more changes than just melting the ice cream. After the place burned to the ground, a large local restaurant group decided to rebuild, retaining the circular shape and just a few of the menu items, and changing pretty much everything else. More pictures of the new eatery can be found here, and except for the refrigerator-like logo, it looks way more Scandinavian than Soviet. I don’t remember seeing artists there either, even if my knowledge of the Kazakh art scene is a bit lacking. The menu has become a curious mix of dishes both Soviet (vinegret, beef Stroganoff, kartoshka) and international (burgers, pasta, chicken nuggets, tacos, shrimp tempura), with Cesar Salad next to Salad Olivier. It’s a little bit like a Russian / Kazakh version of Chili’s, where the offerings attempt to cover every dish known to the average American. 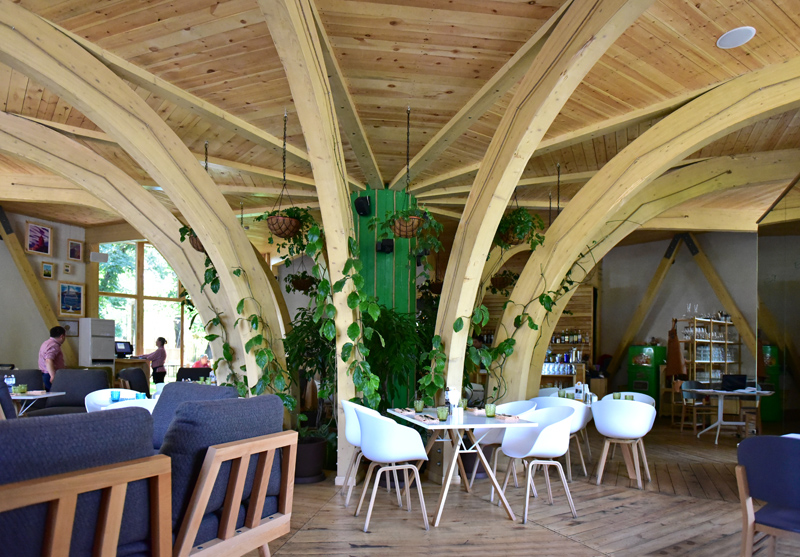 But the one dish that caught my attention, the reason why we’re talking about all this today, is the horse steak. Never saw that one at Chili’s! (I might have to write them a letter.) And that horse steak doesn’t disappoint. It’s a very thick cut, copious but not gigantic. The meat is simply seared on the grill, cooked rare throughout, and topped with butter. Very flavorful and quite tender. It comes with a salad and mashed potatoes. 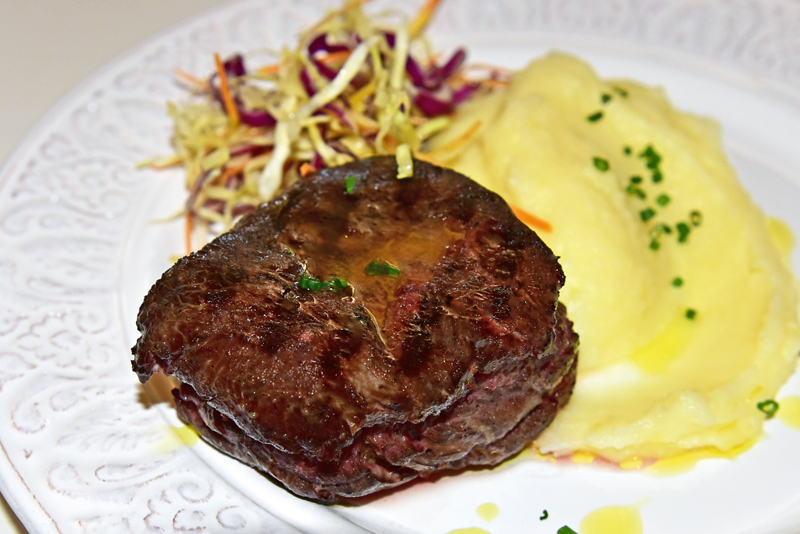 Of course I also have to talk about the famous plombir. This very rich ice cream, despite its yellow color, doesn’t have any particular flavor — is there actually any vanilla in there, or is the color meant to suggest the flavor? Regardless, the plombir has a great texture, and you can order sides of nuts, shaved chocolate, wafers, and jam, and have some fun mixing your own flavor. Plus, that glass of Armenian brandy. 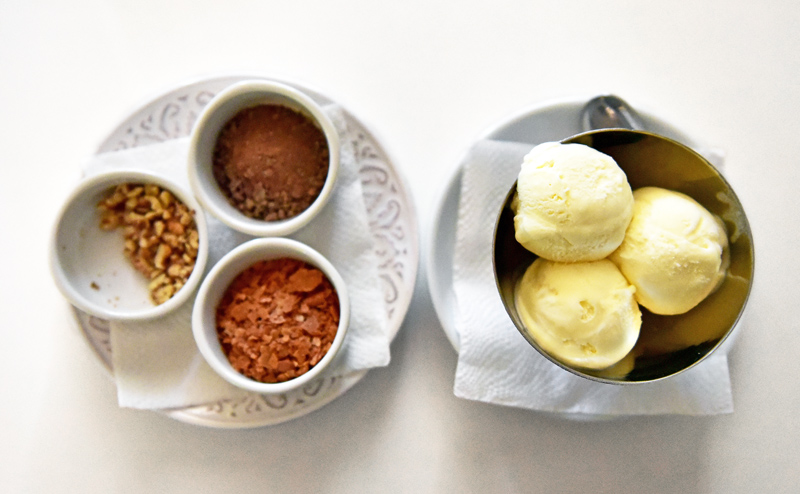 If we want to go up the supply chain and see where horse steaks live, we have to head to Almaty’s Green Market, another Central Asian bazaar that will get its own extensive post in due time. Horse meat isn’t hard to find at the market; it’s got its own section, just as large as those for lamb and beef. 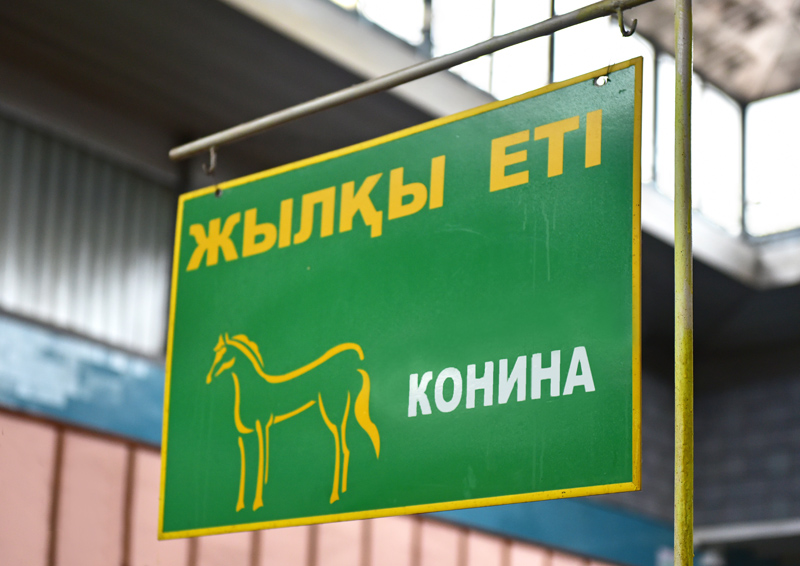 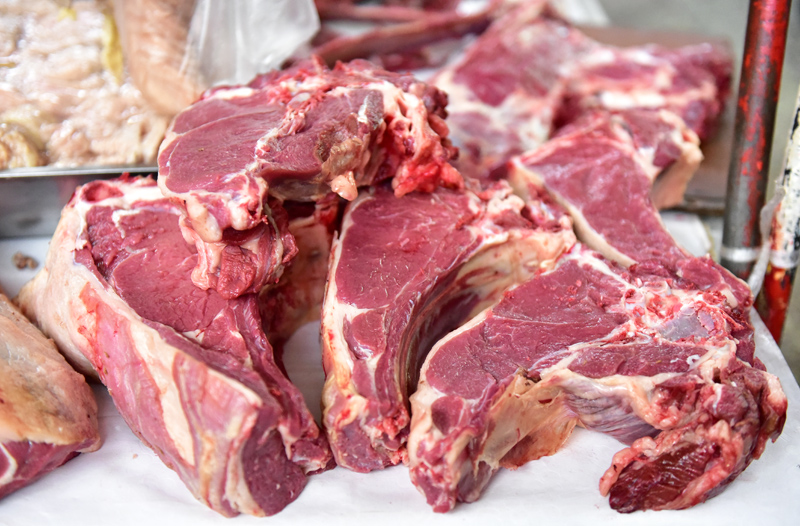 While we’re at the market, let’s look for Morkovka po-korejski, the Korean-style carrot salad that I’m serving with the horse steak. It’s the most famous dish from Koryo-saram cuisine, and its popularity spread out across the entire post-Soviet space. Koryo-saram are ethnic Koreans, whose ancestors immigrated to Siberia in the late 19th and early 20th centuries, first to look for farming land, then in response to Japan’s colonization of Korea. While required to naturalize as Soviet citizens, many kept their own cultures, with some conducting their activities entirely in the Korean language. Come the 1930s, it was only a matter of time before Stalin decided that the Korean minority group must be a nest of Japanese spies, and in 1937, he had the whole lot deported to Central Asia. The expression of Korean culture within the community strongly diminished: Korean language wasn’t taught in schools anymore, people stopped wearing traditional Korean clothing, and traditions were Russified. On the other hand, Korean cuisine was very well preserved. The original North Korean dishes were adapted to use local ingredients, new dishes were invented, and some of them resonated even with the neighbors to the north, who aren’t exactly know for adding spices to their food. 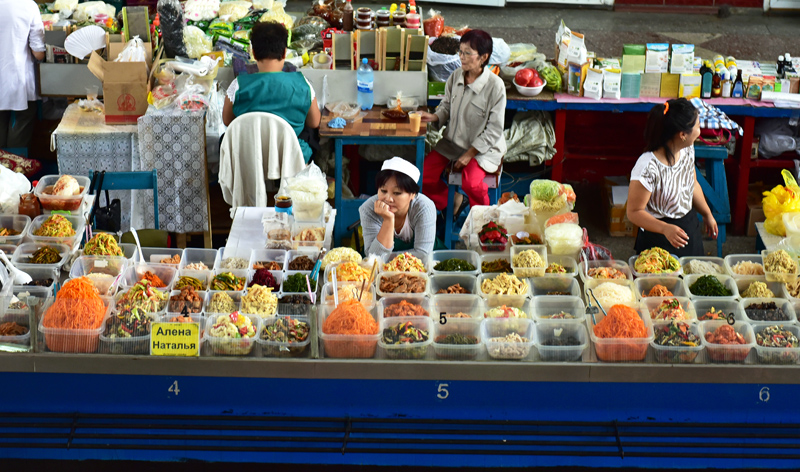 At the markets of Tajikistan and Kazakhstan, where the most of the Koryo-saram in Central Asia live today, this translates into a lot of colorful salads and marinated vegetables. Besides the Morkovka po-korejski, I see salads made with tofu skin (recipe here), soybean sprouts, mushrooms, and cabbage. While I regret not asking more questions about what each one of them was, I guess I still have a chance to redeem myself at Elza’s Fancy Food, an Uzbek and Koryo-saram restaurant that I plan to visit in Brighton Beach. 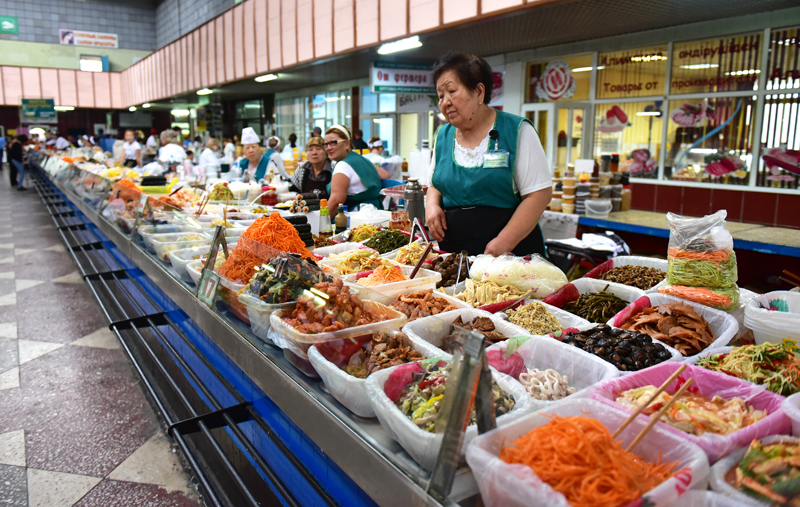 Finally, the khychin, a thin flatbread typically filled with cheese and potato, that reminds me a bit of the Azerbaijani kutab. As Dennis-who-is-walking-Almaty pointed out to me, this isn’t originally a Kazakh dish — it hails from Karachay-Cherkessia (located right next to Abkhazia). How did it end up in Kazakhstan? More deportations, of course! In 1943, the Karachay people were accused of collaboration with the Nazis, and subsequently deported to the Kazakh and Uzbek Republics. Joseph Stalin, the unsung father of fusion cuisine? I’ll let you munch on this, but meanwhile, if you want to try a khychin in Almaty, go to Zheti Kazyna (I already mentioned this restaurant here, while talking about beshbarmak). 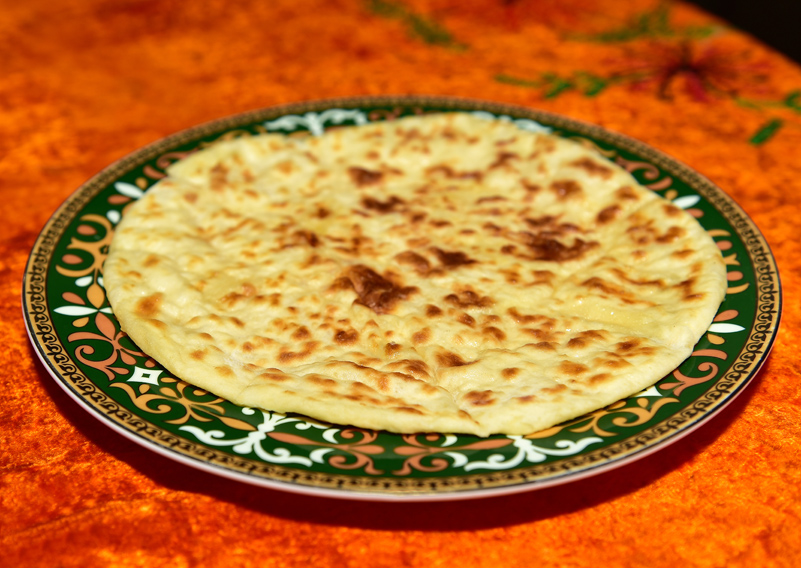 To go with the food, how about a Kazakh Pinot Noir? Yes, Kazakhstan produces wine! In fact, some of the vineyards are located in the Assa Valley, near Almaty. Arba Wine is the best producer that I got to try while in the country, and their Pinot is quite enjoyable. If you want to learn more about Kazakh wine, read this article, with its optimistic conclusion: “No doubt that soon people around the world will be enjoying a glass wine made from grapes grown on the Kazakhstan steppes and a chance at sipping the sun in a glass.” 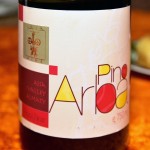 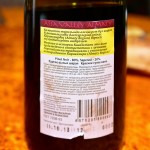